Magazine
Current Issue:
Fall 2018
Explore the ecological and economic importance of American white oak and why conserving the species is so critical. Dive into the evolution of forest carbon measurement and the uncertain future it faces. And, discover the rich forest region of northern Idaho, the heart of the Clearwater Mountains. Plus, learn how American Forests is adapting restoration strategies to meet climate challenges. 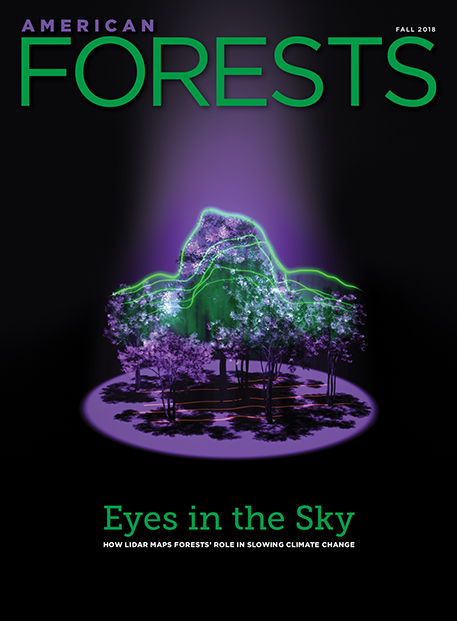 Download This Issue
Fall 2018 Articles
Departments
Offshoots: Taking American Forests Back to the Future
By Jad Daley IT IS AWE-INSPIRING to take the helm of America’s first forestry organization that was founded before the
Departments
Earthkeepers: Uniting for the Land
By Dorothy Hastings Robert Bonnie. “THERE IS A COMMON LINE that runs through all the work I’ve been involved in,
Departments
Project Showcase: Managing Our Forests for Soil Carbon
By Dorothy Hastings Tree tubes are used to grow trees on marginal agricultural land, a soil carbon enhancement strategy. Credit: Eric
Departments
Project Showcase: A River’s Forward Progress in Indiana
By Nicholas Del Giudice Patoka River Naitional Wildlife Refuge interns with some of the trees logged from the site. Credit:
Departments
Donor Profile: Daniel Hochman
GROWING UP IN BROOKLYN, N.Y., most of Daniel Hochman’s interactions with nature were in New York City parks. It wasn’t
Departments
From the Field: Vancouver
VANCOUVER, BRITISH COLUMBIA, CANADA Jennifer Broome, Vice President of Philanthropy People were drawn in by the trees, park bench and
Departments
From the Field: Los Angeles
Los Angeles Lindsey Putz, Director of Corporate Giving Employee volunteers from Coca-Cola Reyes Bottling join together to plant 20 trees
Departments
Action Center: Keeping the Endangered Species Act Strong
Whitebark pine is a keystone species in the high-elevation regions of the Northern Rockies and Cascades and is a candidate
Departments
Last Look: Naomi Fortino
Maple Lake, in Willow Springs, Ill., is one of Fortino’s favorite places thanks to its beautiful views and diverse wildlife.
Legacy
Web Exclusive: Barrel Flavor Profiles
Andrew Wiehebrink, director of spirit research and innovation at Independent Stave Company (ISCO), shares his expertise and experience concerning creating
Legacy
Web Exclusive: Jim Beam and Beam Suntory
Behind the Scenes: Jim Beam Get an inside look at Jim Beam Distillery! Web exclusive on sustainability and white oak
Features
Notes of Oak
THE JOURNEY OF WHITE OAK FROM ACORN TO CASK By Christopher Horn Credit: Michter’s Distillery. THE CURVATURE OF A WOOD
Features
Eyes in the Sky
How LiDAR maps forests’ role in slowing climate change By Gabriel Popkin A visualization of data from LiDAR (light detection
Features
Clearwater Country
By Tyler Williams; All photos by Tyler Williams Larkins Lake offers a tranquil spot for fishing. WE DROVE A ONE-LANE
Features
Resiliency Now
By Eric Sprague; All photos by Eric Sprague American Forests’ planting site at Pilot Creek, which flows into Stumpy Meadows

Get Involved
There is a lot you can do to ensure that our forests in cities and natural landscapes are healthy for generations to come. Be a voice for forests.
Take Action

Support Us
Every gift helps American Forests restore forests in cities and natural landscapes — for people, wildlife and the planet. Give today and help us protect forests for tomorrow.
Donate Now
Subscribe to Our Newsletter 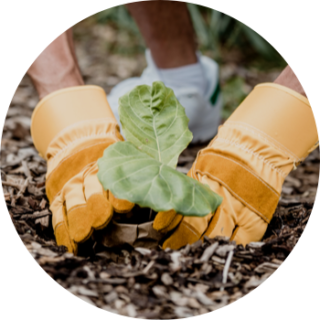 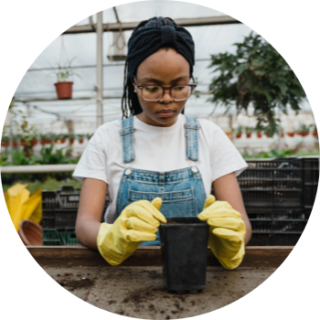 Support Our Work
Every gift helps American Forests restore forests in cities and large landscapes — for people, wildlife and the planet. Give today and help us protect forests for tomorrow.
Become a Member
Manage Cookie Consent
We use cookies to optimize your user experience with our website.
Manage options Manage services Manage vendors Read more about these purposes
Preferences
{title} {title} {title}