Read our other interviews with Jason George on his connection to nature and diversity in entertainment. 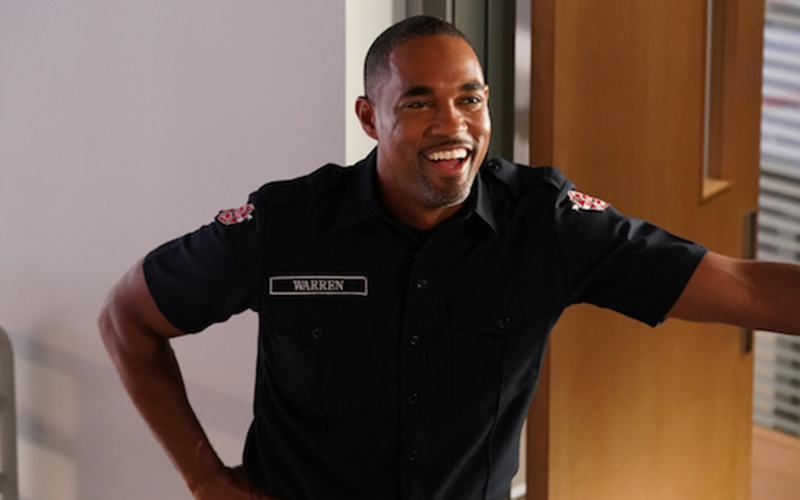 In honor of SAG-AFTRA’s partnership with American Forests to plant 25,000 trees, we sat down with Jason George, star of ABC’s Station 19, former Grey’s Anatomy surgeon, and the chair of SAG’s national Diversity Advisory committee. He had a lot to say, in this year of record-breaking wildfires in California and elsewhere, about the profession of firefighting.

George and the rest of the cast have become quite close to the local firefighters who serve as advisers to Station 19. “These folks are not just our friends, they’re also our heroes,” he says. Furthermore, George was surprised at how much technical education was essential to the field. “It’s not just brute strength,” he said. “You have to understand physics and architecture and the way the fire moves and breathes to properly fight it.”

Many of these same technical advisers battled the flames throughout California in the fall. “The stories will just kill you,” he says. “Many of them lost their own homes and they were still out there fighting fires. The rest of us at Station 19 do anything we can do to shine a light on what they do.”

Jason is a supporter of charities that help victims, like the National Fallen Firefighters Foundation. And, maybe the most important thing you can do to help first responders is to get out of the way quickly when you hear a fire truck. “It seems like a small thing, but it’s not. I can’t tell you how many firefighters get killed or injured in accidents before they even get to the fire,” George says. “Move over as soon as you hear the siren. Wherever you’re going is not as important as where they’re going.”

George is excited that SAG is partnering with American Forests again this year. “Obviously we have to start replacing trees we lost, but, just as important, we have to address the underlying causes of the fires.”

The 25th Annual SAG Awards ceremony will be nationally simulcast live on TNT and TBS this Sunday, Jan. 27, 2019 at 8 p.m. (ET) / 5 p.m. (PT). Follow along at #SAGAwardsForForests before the ceremony!

Why Do Leaves Change Color in the Fall? The Answer is Revealing

Why Do Leaves Change Color in the Fall? The Answer is Revealing