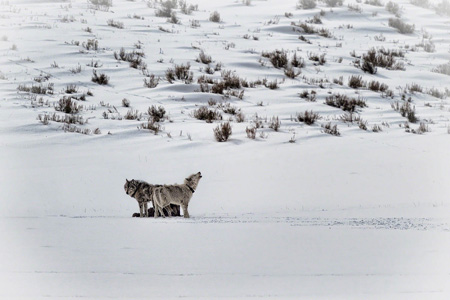 Last week, the U.S. Fish and Wildlife Service (FWS) announced that Wyoming’s population of gray wolves had recovered enough to be removed from the protection of the Endangered Species Act. Effective Sept. 30, the wolves will be managed under Wyoming’s state management plans. For a species that was extinct in the region from the 1930s until its reintroduction in the mid-1990s, this announcement should be heartening news. Instead, it has left many conservation groups, including American Forests, with grave concerns about how the delisting will affect the species’ long-term recovery.

The FWS reports that the Northern Rocky Mountain wolf population is at 1,774 adult wolves with more than 109 breeding pairs — all numbers that federal biologists feel indicate the species’ full recovery. According to the FWS announcement of the delisting, Wyoming’s state management plan would follow statutory and regulatory standards by managing for a buffer above minimum target population numbers; its goals are to maintain at least 150 wolves and 15 breeding pairs within Wyoming — numbers far smaller than the current wolf population.

As part of the state management plan, the wolves will be eligible to be hunted beginning Oct. 1, with varying degrees of regulation. Hunting the wolves will be prohibited in Yellowstone and Grand Teton National Parks, and no hunting will be allowed in John D. Rockefeller Jr. Memorial Parkway, the National Elk Refuge and the Wind River Reservation in 2012 — although these prohibitions could change in subsequent years. In Wyoming’s Trophy Game Area, up to 52 wolves can be hunted in 2012. In all other areas of the state, it’s open season on gray wolves — with a management plan that is too vaguely written to deliver on its promise of protecting the population from overhunting. 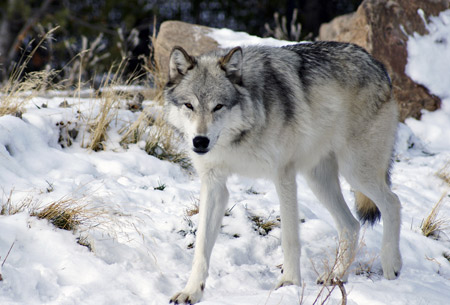 Here at American Forests, we believe that any management plan must consider the whole ecosystem. Wolves play a vital role in Greater Yellowstone by controlling the population of deer, moose and elk. As a predator, they cull sick and frail members of these herds, ensuring healthier animal populations. They also reduce overgrazing by these species, improving the health of field and forest. To ensure these benefits continue, we need strong, detailed management plans that protect the diverse elements of the ecosystem. And this is where we feel that the Wyoming state management plan for gray wolves falls short.

While the management plan clearly identifies a minimum gray wolf population goal, it is unclear what happens between today’s population of 1,700-plus and the minimum of 100. Is it really desirable to allow the gray wolf population in the region to be reduced to less than a tenth of its current size? And what larger effects would this have on the Greater Yellowstone ecosystem? In a study released last year, researchers discovered that the reintroduction of wolves and their subsequent effect on the area’s elk population caused forest health to improve because fewer elk foraging resulted in significantly less damage to trees and plants. With healthier trees and forests, bird populations increased, food supplies expanded for animals like beavers, and lakes and streams benefitted, to name just some of the positive effects.

A peer review of the management plan earlier this year revealed the inadequacies of the Wyoming state management plan in addressing how the region will ensure that the wolves don’t get hunted down to the minimum. Without these details, the plan lacks the heft necessary to ensure gray wolves’ long-term future in Wyoming and has implications for the overall health of the Greater Yellowstone ecosystem.

Bringing songbirds back to Hawaii, one forest at a time