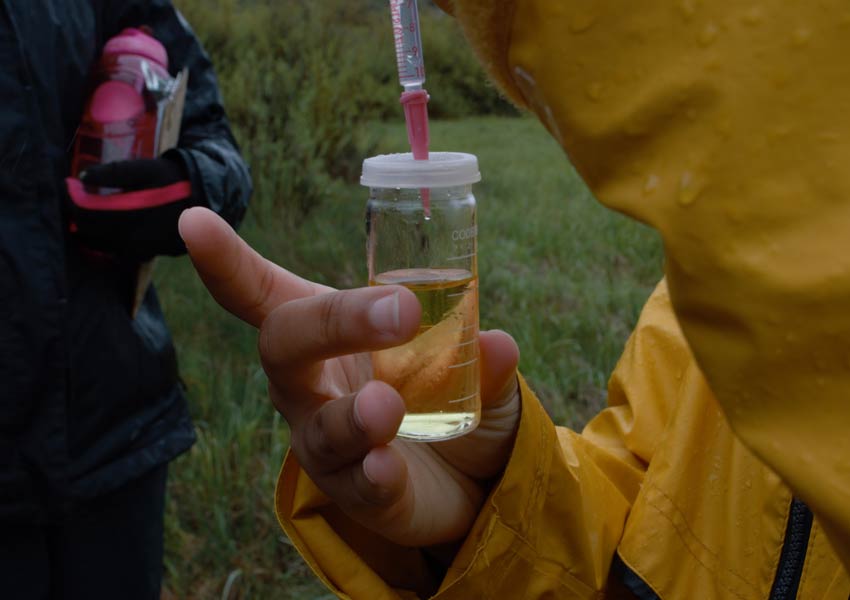 Citizen scientists can help in many ways, from taking pictures to volunteering in the field. Credit: Liz Harper

A common misconception about the field of science is that only highly trained professionals can engage in research and data analysis. But in fact, with the right guides, citizen scientists can be an incredible asset to the scientific community.

Citizen science, though it may initially sound like a contradiction, is the collaboration of everyday citizens and trained scientists to advance scientific knowledge. Citizen scientists can help the scientific community in myriad ways. The most common method is through data collection, but there are also opportunities for citizen scientists to engage in data analysis or even the development of research studies.

For scientists who don’t have the time or access to do research the way they want to, citizen scientists are stepping in to fill the gap.

Citizen science doesn’t have to involve committing large quantities of time to being part of a research team. It can be as simple as taking pictures over time to help scientists gauge habitat changes. That method has been used around the world, and its simplicity makes it easier for citizens to participate in the data collection.

Photo stations are set up in specific areas with signs that direct passerby to place their phone or camera in a bracket and snap a picture of the area being studied. They are then asked to share it with scientists, whether by email or by sharing the photo on social media using a specific hashtag. That hashtag is used for tracking purposes, and a quick search can bring up the photos for scientists to examine.

The San Francisco Bay Bird Observatory helped to create one such set up on Bair Island in California. The sign accompanying the photo stations explains that more than 30 species of plants have been planted there to encourage native plant communities. The photos will help researchers track the plants’ growth if posted on Twitter with the hashtag #RestoreBair2. A quick search shows the hashtag has been in use for over a year now.

Crowdsourcing information through people’s photos is an excellent way to help scientists and researchers keep tabs on the environment. But set ups such as those can be used to record a number of different things. They can track the evolution of restoration projects, as noted above. They can record the natural progression of reforestation for years after an area has been affected by wildfire. They can even be used at campgrounds to keep tabs on how the land around the campground is being affected by human traffic.

Such projects allow anyone who passes by to take part in a science project that will benefit the place and other people who use that space. Not all citizen science projects require you to stumble upon them, however. Research can be done from anywhere and everywhere. For those who are interested in investing more time and energy into citizen science, there are ways to get more deeply involved in specific research projects.

The Citizen Science Alliance develops and manages internet-based citizen science projects on its Zooniverse page, with goals such as classifying and identifying plant species. Anyone can create a project on the Zooniverse site. SciStarter is another database of vetted projects that anyone can choose to participate in. Their projects are meticulously organized so users can easily search for projects in their area that interest them.

The benefits of engaging in citizen science go beyond the satisfaction that comes from contributing to a research project. A 2014 study done by researchers at Duke University indicated that participating in citizen science increases overall environmental awareness and can lead to increased support for conservation efforts. Participants in citizen science projects were likely to share what they’d done and advocate for the cause to their family and friends.

By getting regular citizens and science enthusiasts involved in citizen science, scientists, citizens and the conservation community benefit.