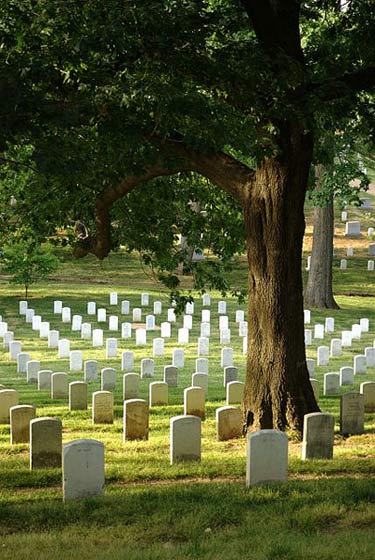 This Sunday is Veterans Day — a day when Americans take a moment to give thanks to all the brave men and women who have served in our nation’s military. This national day of tribute and thanks is held on November 11th every year because on the eleventh hour of the eleventh day of the eleventh month in 1918, an armistice began, symbolically ending World War I. The first Armistice Day was celebrated the next year on November 11th in recognition of the veterans of WWI. After a number of other devastating wars in the 20thcentury, in 1954, Congress officially changed Armistice Day to Veterans Day in recognition of all the brave souls who served the nation.

Every year, this holiday’s national celebration takes place in Arlington National Cemetery — appropriately at 11 a.m. — at the Tomb of the Unknowns. The event includes a wreath laying and ceremonial processions and color presentations inside the grounds at Memorial Ampitheater. Arlington is a fitting place for such remembrances, as it is not only a place of gravestones and monuments, but also living memorials to those who have served.

The grounds of Arlington National Cemetery contain 8,400 trees of 300 varieties, and some of these beauties are older than the cemetery itself. Beyond creating a peaceful, lovely resting place for our nation’s military, though, 142 of these trees serve an additional purpose — as memorial trees, planted in tribute for specific veterans or groups of veterans. 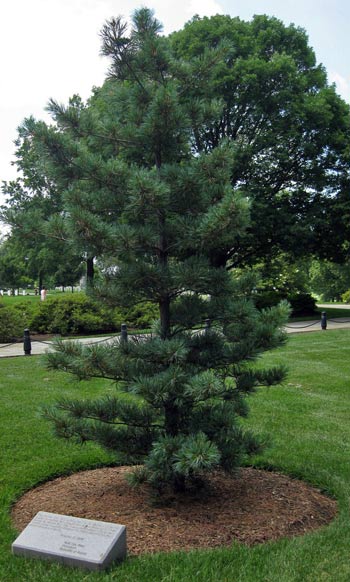 There are the 36 trees planted in remembrance of our nation’s Medal of Honor recipients, and in a neat twist, each one of those trees is also historic in its own right. For instance, the Medal of Honor tree near gravesite 158 is known as the Antietam Sycamore, as it’s descended from a sycamore that bore witness to the bloody Civil War battle of Antietam, which claimed 23,000 lives. Or there’s the Washington Crossing Sycamore Maple near gravesite 1379 whose parent witnessed George Washington’s Delaware River crossing in 1776.

Other memorial trees in Arlington represent specific military groups, such as a red maple in section 27 that remembers U.S. colored troops and freed slaves or a willow oak in section 7A recognizing the Rakkasans 187th Airborne. However, many of the memorial trees also remember those whose lives have been irrevocably affected by a veteran or veterans: trees like the river birch near the Memorial Amphitheater for the mother of the unknown soldier, the willow oak in Section 46 for war correspondents and the blue atlas cedar in Section 35 for American war mothers.

Regardless, though, of whom a tree is planted for, the sentiment remains the same. We plant trees to honor individuals because we know that these trees will outlive us, letting them serve as reminders to those that follow of the men and women who came before them. But if that’s a little macabre for your tastes, remember that trees can also help serve as a thanks and remembrance of the living, too. Especially if one simply ties a yellow ribbon to it — it doesn’t even have to be an old oak.

So from all of us at American Forests, a sincere thanks this Veterans Day to all those who have served and continue to serve. We salute you.