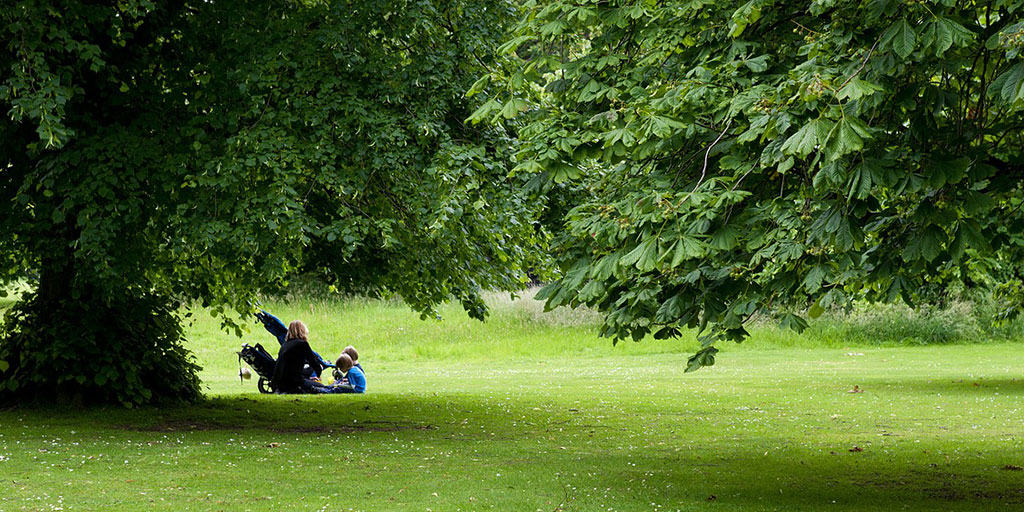 It is widely known that urban forests improve air quality, but could green spaces be the solution to one of the most common childhood disorders? Attention-Deficit/Hyperactivity Disorder, or ADHD, affects 10 percent of American children. Symptoms include difficulty focusing, high impulsivity, and restlessness, all of which can negatively impact academic performance and social interaction. It’s not surprising that children with ADHD often have lower grades and report more self-esteem issues than their unaffected peers. Causes of the disorder remain unclear, with genetics and environmental factors likely playing roles. What is clear is that rate of diagnoses is on the rise, increasing an average five percent per year from 2003 to 2011.

There is no cure for ADHD, and existing treatment options are lackluster, with medication and/or psychotherapy being standard approaches to manage symptoms.  Stimulants, like Adderall or Concerta, can be quite effective at reducing their severity but come with a host of side effects such as decreased appetite and sleep problems.  Essentially exchanging one set of symptoms for another, many find these side effects to be more bothersome than the original ADHD ones. Additionally, these drugs have high addictive potential, evidenced by their classification as “Schedule II Controlled Substances” (Schedule I drugs have no medical purpose, such as cocaine or heroin).  Psychotherapy does not carry these side effects, but is more time intensive and slower to show symptom improvement.  Both avenues can be costly, typically amounting to hundreds of dollars per month.  Without health insurance to cover a portion of the expense, these options are simply out of reach for many families.

A Natural (and Free) Alternative

Luckily, there may be an inexpensive, side-effect free solution for managing ADHD symptoms. Frances Kuo and Andrea Faber Taylor, who both specialize in psychology and environmental science at the University of Illinois, conducted a study examining children with the disorder and the impact of green spaces, including parks, yards, and urban forests. The results were promising, with children who had access to green spaces for play showing milder ADHD symptoms than those without. A potential explanation for these findings lies in the theory of attention restoration. This school of thought outlines two types of attention, directed and involuntary. Directed attention describes periods of deliberate focus, such as reading, writing, or driving. Involuntary attention refers to automatic focus, such as walking on a busy sidewalk or getting dressed in the morning. Directed attention is a limited resource, with breaks necessary to maintain productivity. In children with ADHD, this capacity is further reduced. By playing outdoors, children have an opportunity to “replenish” their directed attention because spontaneous play only draws on involuntary attention. So, while medication is effective in extending a child’s length of directed attention, outdoor play can achieve the same effect naturally.

Kuo and Taylor’s findings illuminate yet another benefit of urban forests. In fact, many of the children residing in areas lacking urban forests come from less affluent backgrounds. These families are largely unable to afford mainstream ADHD treatment options and stand to benefit most from the availability of green space. Education is critical to breaking the cycle of poverty, and children held back by this disorder are unable to achieve their full potential in the classroom. Granted, this research is preliminary, and more studies need to be conducted before anything is certain. Perhaps most importantly, they give a degree of hope to families that otherwise would have no options for managing their child’s disorder.

Learn more about the benefits of urban forests!