History of the Longleaf Pine 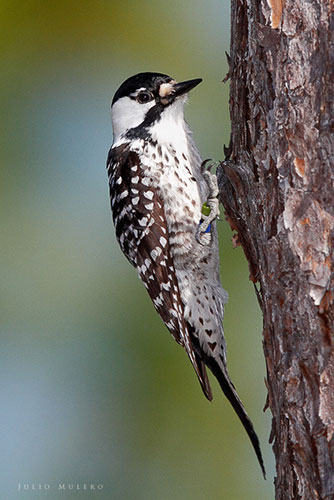 When settlers first came to what is now the southeastern U.S., they were greeted by vast pine forests — the southern longleaf pine. They noticed its spirituality, its majesty, its wildlife and its old growth trees often leaning to one side with weight.

“In ‘pine barrens’ most of the day.  Low, level, sandy tracts; the pines wide apart; the sunny spaces between full of beautiful abounding grasses, liatris, long, wand-like solidago (goldenrod), saw palmettos, etc., covering the ground in garden style. Here I sauntered in delightful freedom, meeting none of the cat-clawed vines, or shrubs, of the alluvial bottoms.”

In colonial times, the longleaf turned out to be very valuable for lumber and for the pitch, tar and turpentine made from the trees and believed to be the origin of North Carolina’s moniker, “Tar Heel State.” Eighteenth-century ships were made entirely of wood, and North Carolina was called upon to provide so-called “naval stores” including tar, pitch and turpentine that were used to keep ship bottoms waterproof and afloat.  All from pine trees, North Carolina became a key supplier to the British Navy.

Of course, much has changed in the South over the last 500 years. A survey conducted in 1996 by a Florida researcher found that less than 0.01 percent of the remaining longleaf pine forests could be considered old growth. This handful of virgin forests is a draw for scientists, serving as a benchmark for conditions prior to European settlement.

Now efforts are underway to preserve the old-growth longleaf pine forests and provide for planting new trees. This is especially beneficial for the red-cockaded woodpecker, an endangered species found mainly in mature long-leaf pine forests in southern states. Only about one percent of their original range remains. Longleaf pine communities may have covered some 92 million acres, but now fewer than 3 million acres remain.

American Forests is partnering with the U.S. Forest Service to replant an area of the Osceola National Forest. In 2007, the Bugaboo fire burned 306,984 acres in Georgia and Florida and in 2012, the County Line Fire added insult to injury. This specific section of the national forest is newly acquired land that was formerly private industry timber lands used for pine plantations.

The project is planting longleaf pine, creating potential habitat for the threatened gopher tortoise. The tortoise’s population has greatly decreased due to habitat loss and humans using it for food.

And in Florida, American Forests is planting 30,000 longleaf pine trees near the St. Johns River as part of the Hal Scott Regional Preserve and Park Longleaf Planting.

Please help us protect and restore forests through projects like these.

American Forests is excited to welcome Brittany Dyer as our California State Director!