A Rainforest Without Rain 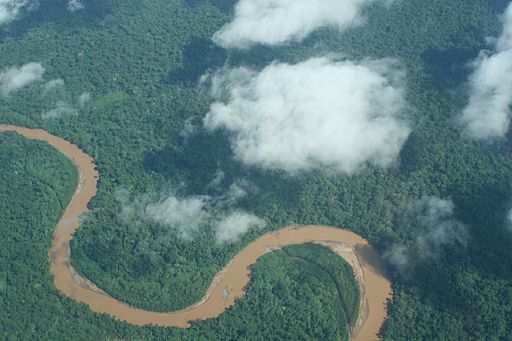 The Amazon rainforest is hitting the news again. I know it’s easy to get worn out hearing about the usually sad goings-on in this most vital of forests, but I find I’m always drawn to these stories. Even with the damage it has sustained, I’m still in awe of the Amazon. For one thing, it’s massive: the Amazon rainforest is 2/3 the size of the entire continental U.S. The rivers in this one forest produce 20 percent of the world’s freshwater discharge. And when it comes to carbon storage, the Amazon holds the equivalent of 10 years’ worth of global fossil fuel emissions.

So what’s happening in the Amazon lately? A study recently published in Nature is showing that despite its size and its ability to adapt to changing conditions over the millennia, the Amazon is anything but stable. In fact, thanks to expanding development, road building, agricultural clear cutting and other factors that add up to a lot of deforestation, the Amazon is changing — in some places, rather drastically.

One problem is that the dry season is getting longer. In some areas, so many trees have been cut down that it is actually affecting the weather. Didn’t know trees could affect the weather? They can — it’s just rare that we can see the effect in such a concentrated way. On average, one large tree can pull about 100 gallons from the ground and discharge it into the air in a process called transpiration. From there, it rejoins the water cycle and eventually becomes rain. The Amazon is such a large ecosystem with so many trees that it produces about one-third of its own rainfall each year. With so much deforestation, droughts are now becoming more intense and more common, which is bad news for the humans that live in the area, as well as for the trees. Those that have managed to be spared the axe are getting mighty thirsty.

With fewer trees to intercept the water, the Amazon’s many tributaries are also running higher. It may sound like a good thing during a drought, but the increase in water volume also means more sediment. Here’s just one example outlined in the Nature study: The Araguaia River in the southeast Amazon has seen a 28 percent increase in sediment. That’s a pretty significant increase, as sediment makes water harder to use for drinking or agricultural irrigation.

Another major issue the study addresses is that the Amazon may be reaching a tipping point when it comes to carbon storage. So many of the changes there could cause even more forest loss, and it’s easy for problems to have a domino effect in such a large and complex ecosystem. At some point, the deforestation could actually be releasing more carbon back into the atmosphere than the living forest is sequestering, and if we get to that point … well, that’s trouble.

The recent Fire Funding Fix exemplifies the critical need of coalitions that help enact policy changes that protect our forests.