AS A CHILD, Kesha Braunskill foraged for sassafras and blueberries near her home in rural Long Island, N.Y. Fishing trips with her father often provided dinner. And her family, intimately connected to the outdoors, had a special cultural reverence for trees.

But in college she realized not everyone was familiar with the bounty and beauty of the natural world that had nourished her childhood, especially people from urbanized areas. Now Braunskill is a leader in a national movement to create healthy urban forests that provide myriad benefits for city-dwellers. As Delaware’s urban community forestry state coordinator, she coaches residents on the value of planting and taking care of trees, which absorb carbon, reduce storm water runoff, filter pollutants and cool neighborhoods. 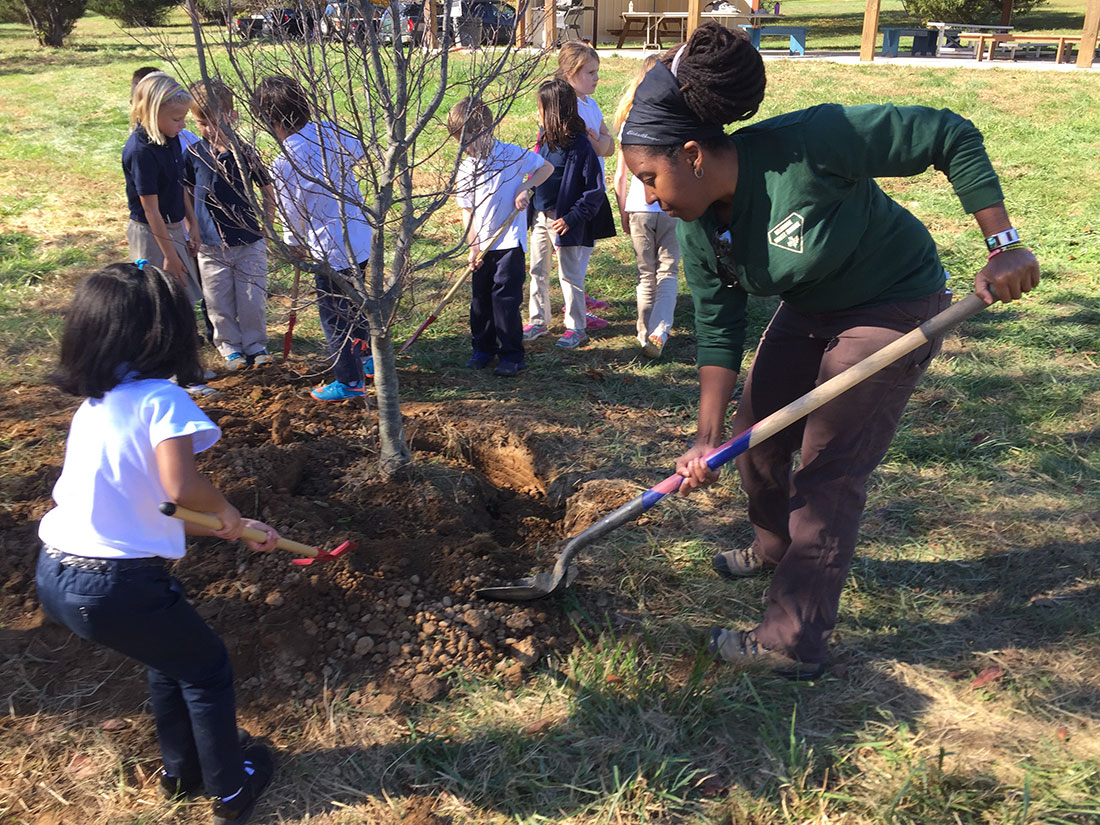 “We’re talking about an awesome resource, something sometimes people never have even thought about,” says Braunskill, who stresses that every person and tree can have an impact. “Trees are essential.”

Urban trees are having a moment, one that Braunskill has witnessed on a national scale. She is a founding member of the stakeholder council of the 1t.org US Chapter, which aims to increase the number of trees on the planet and prevent the loss of trees already in the ground. The global initiative has set a goal to conserve, restore or grow 1 trillion trees by 2030, in both large landscapes and urban areas.

In the United States, cities, states and other entities have already pledged to plant a total of 1.2 million trees. Braunskill’s Delaware was the first state to make a pledge, followed by others including Hawaii and Washington.

Meanwhile, growing support for the concept of Tree Equity has fueled the urban forestry movement as well. Tree Equity aims to bring the benefits of trees to communities at greatest risk of climate impacts, many of which lack trees because of historical discriminatory investment practices.

“There’s a realization that trees are more than a nice-to-have, they’re a need-to-have,” says Kevin O’Hara, the lead for 1t.org US Chapter for American Forests, which co-leads the group. “The impact of trees is something people can measure and feel.”