THE ALARM GOES OFF AT 5 A.M. After quickly putting on his running clothes in the dark, Masavi Perea closes the bedroom door gently, so as not to wake his wife. On his way to the living room, he glances out the window. It is raining heavily — a rarity in Phoenix. So rare, in fact, that Perea calls days like this “holy days.”

In this case, he is excited that the rain will cool down his city, which has been dealing with scorching summer heat for several years. Last year, Phoenix broke the record for most recorded high heat days, reaching over 143 days above 100 degrees. Such high temperatures can cause severe illness and death, making them a threat to everyone. But the negative impact is not felt equally throughout the city.

In south Phoenix, for example, many neighborhoods are 10 degrees hotter than those in others parts of Maricopa County (home to Phoenix), according to American Forests’ Tree Equity Score. Perea has felt this heat firsthand when walking the streets in south Phoenix, where he is a community organizer. He also felt it during his 20-year career in construction, a profession he entered in the 1990s when he moved from his home in Chihuahua, Mexico to Phoenix following the enactment of the North American Free Trade Agreement. 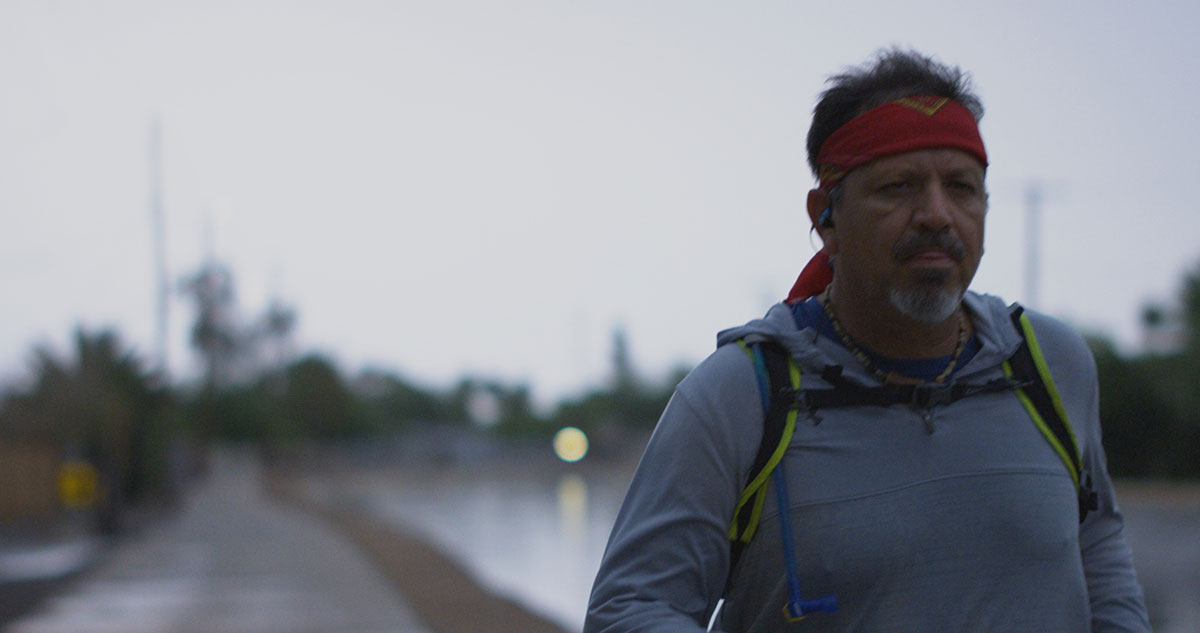 Every morning, Masavi Perea begins his day with a run along the canal before working with south Phoenix residents to address environmental justice issues.
Photo Credit: Joel Clark / American Forests

“We would start early in the morning to try and beat the sun,” he recalls. “But I remember my body feeling so numb because we had to cover every part of ourselves so we wouldn’t burn. I had to work through it to provide for my family.”

After witnessing people get sick from the heat and receive inadequate care from their employers, Perea joined the “Justice for Roofers Campaign” so he could advocate for the rights of outdoor workers.

A few years later, he realized that what he and others experienced working in the heat was an environmental justice issue. The outdoor labor community in Phoenix is predominantly a migrant community. The people within it often feel like they are invisible to society, which can lead to unfair and unsafe labor conditions.

Perea now helps build heat resilience in communities by advocating for more trees and other greenspaces. He focuses on places where people are living with the side effects of redlining — discriminatory housing practices in predominately Black and Latinx neighborhoods dating back to the 1930s. Redlining also laid the groundwork for a lack of investment in greenspace — and other resources — in predominately Black and Latinx neighborhoods. That is one of the main reasons why there are fewer trees in those neighborhoods, as well as why those neighborhoods are hotter than whiter and wealthier ones. We now know that trees can cool a neighborhood by as much as 10 degrees. 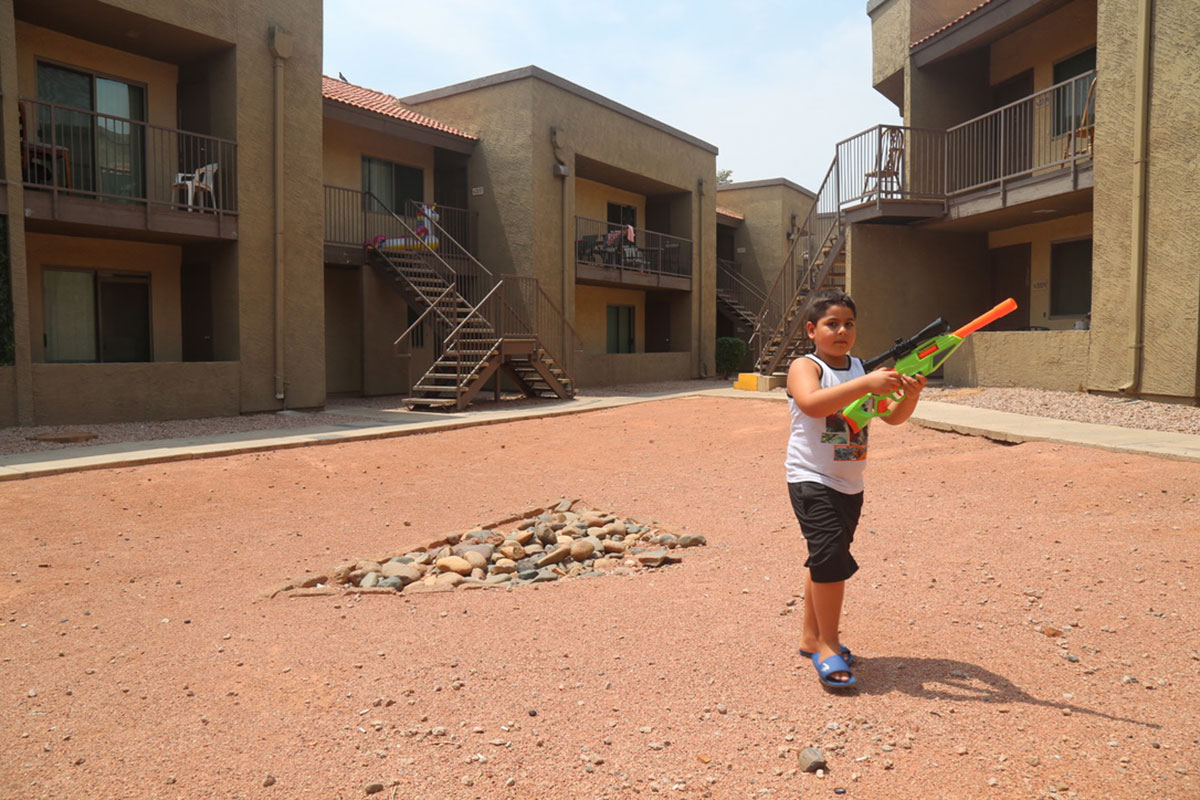 People living in neighborhoods that do not have enough trees can be more exposed to smog — dangerous air pollution that is intensified under climate change-induced heat waves. Smog can make it difficult to breath, triggering asthma attacks and spiking emergency room visits.
Photo Credit: Joel Clark / American Forests

Perea often comes up against resistance to planting trees. People tell him, “The heat has gotten worse and trees can help, but we live in the desert so maybe it has to be this hot.” Perea found the same sentiment in 2017, when he helped create a Heat Action Plan with residents from three Phoenix neighborhoods. Those working on it found that “at the community level, there is a sense that extreme heat is too large a problem for neighborhoods to tackle, and a general resignation among residents that this is ‘just the way it is.’”

To inspire people to tackle extreme heat in Phoenix, Perea speaks to residents about how temperatures in their neighborhoods can have an effect on their health. Doing so has led to greater community support for investment in trees because many now see the lack of greenspace as an environmental justice issue, he says.

In one of the projects that Perea works on, community members identify “hot spots” where trees will be planted this fall. Some are also being trained as “community health workers” charged with sharing information about extreme heat and health with their neighbors. 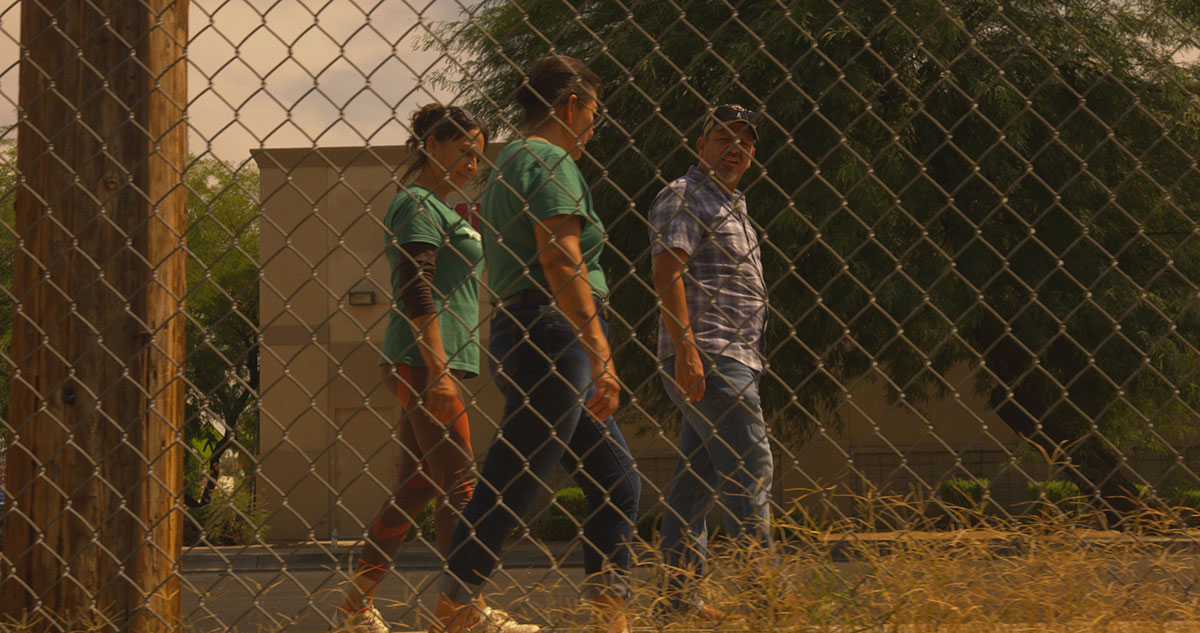 They have their work cut out for them. Phoenix needs to plant and care for 2 million more trees in neighborhoods that do not have enough in order to achieve Tree Equity, in which everyone can reap the benefits trees provide, no matter their income, race or neighborhood, according to Tree Equity Score. The City of Phoenix has already committed to achieving Tree Equity by 2030. Reliable and accessible data tools, such as Tree Equity Score, will help Perea, other tree advocates and city officials make the case for planting trees in neighborhoods where, for example, families cannot afford to run their air conditioning units 169 days out of the year — the average number of days Phoenix experiences temperatures of 90 degrees or higher.

More days than not, many Phoenix neighborhoods seem deserted because it is simply too hot to come outside.

But on this morning, after the downpour, people emerge from their homes as if they’ve been eagerly waiting for the rain all along. Perea witnesses more people than usual join him on the canal, running and walking with their families.

And the sight gives him hope. Perea envisions a future where the trees that were planted some 20 or 30 years earlier have grown so much their crowns supply cooling benefits to everyone. He believes the desert can be cool enough for people to live in, if those most affected by extreme heat are engaged in creating nature-based solutions. As he prioritizes the south Phoenix neighborhoods that need more trees today, he is playing a role in the creation of a cooler future for his children and grandchildren.

“I am working to expand urban greenspaces in my community today, so that the next generation can live healthier lives.”