Place-Based Partnerships: Coming together to plant trees and help them thrive in desert cities
American Forests partners with Microsoft and Phoenix to plant and help trees thrive in a desert climate. 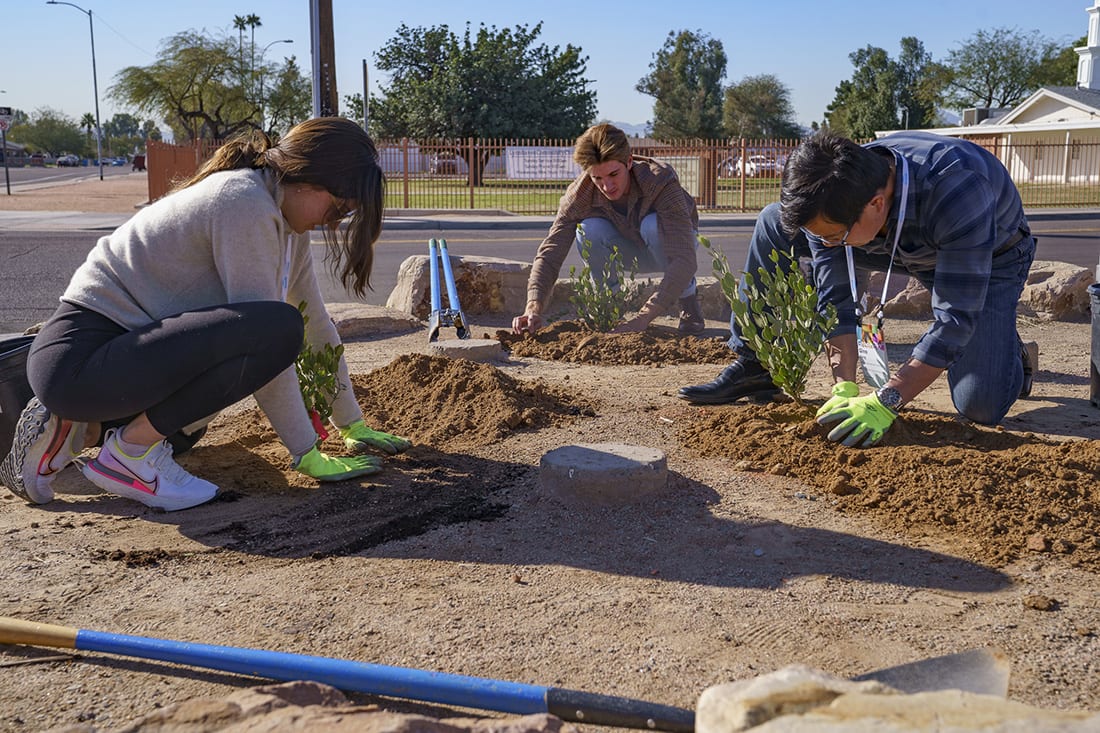 The city of Phoenix is committed to planting trees to help double its vegetative land cover to 25% over the next decade.
Photo Credit: American Forests

CLIMATE CHANGE-induced extreme heat is a serious and growing problem for cities nationwide. For desert cities, such as Phoenix, figuring out the best way to plant and care for trees is critical to addressing this problem. And saving lives.

That’s because extreme heat puts many people — especially low-income families, the homeless and people with respiratory illnesses — at risk of heat-related illnesses and death. In 2019, 187 people died from heat-related causes in Maricopa County, Ariz., which includes the city of Phoenix, one of the nation’s hottest cities. That’s an increase of 232% from 2006, according to data from the Maricopa County Department of Public Health.