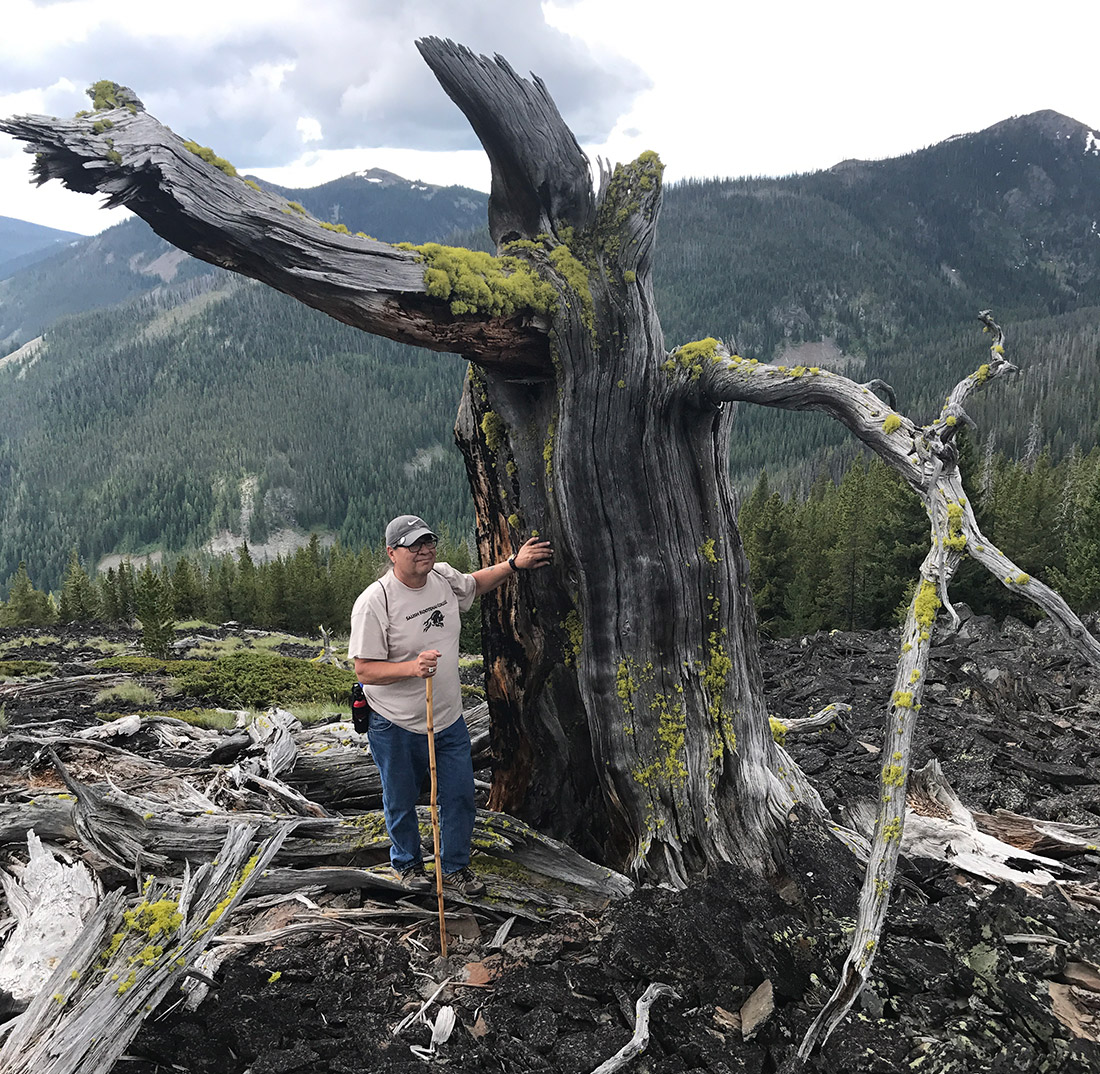 MICHAEL DURGLO JR. had no idea how important the whitebark pine would become to him.

Living on a reservation all of his life, Durglo considered himself quite in tune with nature. After earning his degree in Environmental Science, he has worked with his tribe, the Confederated Salish and Kootenai, for 35 years in a variety of capacities, including game warden and environmental director.

As environmental director, Durglo was tasked with coordinating the tribe’s climate change strategic plan. The Confederated Salish and Kootenai were one of the first tribes in the United States to develop the idea, and within it, they identified nine sectors for which they wanted to do vulnerability assessments. Forestry was one of those.

The Confederated Salish and Kootenai is a timber resource tribe. The ponderosa pine, the douglas-fir and even the lodgepole pine are primary sources of timber revenue for the tribe. However, the whitebark pine? In the beginning, the name only vaguely registered with Durglo, whose tribe manages 245,000 acres of the 459,000 acres of forestlands within their Flathead Reservation of 1.3 million acres.

Yet, the tribe has long acknowledged the cultural value of whitebark pine and the environmental threats to its long- term sustainability, including wildfire, insects and disease. In the mid-1990s, the tribe formed an interdisciplinary team that included an ad-hoc group from the tribal community to begin developing a new Forest Management Plan. During the planning process, the group identified restoration goals for whitebark pine and its habitat. The Forest Management Plan was approved in 2000 and is currently being implemented.

But, it was not until the more recent development of the climate change strategic planning process that the Confederated Salish and Kootenai truly focused on whitebark pine restoration. The tribe then realized that many neighboring federal agencies were already well into studies on the species. The Confederated Salish and Kootenai Tribes Forestry Department received three years of funding from The Wilderness Society’s partnership with the The Dreaming Tree for student internships working with whitebark pine inventory and is also part of the Crown of the Continent’s High Five Working Group, which consists of three major players currently drafting a Crown Whitebark Pine Restoration Strategy.

You see, the whitebark pine is a quite particular, but important, species.

“Whitebark pine is a high elevation, slow growing, kind of gnarly tree,” Durglo says. It grows at elevations above 6,000 feet, and the tree is an essential source of food for many birds and small mammals, like the Clark’s nutcracker, the pine’s primary seed disperser. Other animals depend on it for various reasons as well, including for nesting and summer habitats.

However, blister rust infections and mountain pine beetle infestations, as well as climate change and other disturbances in timberline fire ecology, have caused severe whitebark pine population decline. A study in the mid-2000s showed that the species had declined by 41 percent. So, the tribe has been working to keep — and strategically grow — their whitebark pine forest since 2012.

The Confederated Salish and Kootenai’s ultimate goal for whitebark pine restoration is to reintroduce the seed into its culture. The tribe has recognized the nutritional value of the seed for thousands of years, and it was once part of the traditional diet. The tribe hopes that someday soon, it will have healthy whitebark pine populations that will contribute to a healthy tribal lifestyle with generational understanding of high elevation forest ecosystems.

The effort involves trying to locate healthy, “plus” trees that have been resilient to blister rust, collect their cones, process the seeds and send them to a lab for testing. With funding assistance from The Dreaming Tree, Durglo and his team hope to find which are the most resilient trees of the species and plant more of them.

“We have not done whitebark pine planting yet, but have planned our first planting site this year, in 2019,” he said.

Until then, he reveres those whitebark pines that have survived time and other trials.

“Just this last summer, we hiked up to an area where there’s a whitebark pine tree that, in our native language, translates to Great Great Great Grandparent. We figure that tree is about 3,000 years old,” he shared. “When I hiked up there, and I got to touch that tree, it was pretty special.”

“The whole process, and the tree’s resiliency, reminds me of us. Indigenous people have survived much trauma for many years, and we’re still surviving. So, for me, it became an intimate relation- ship with those trees.”

Since formulating his own tribe’s climate action plan, Durglo has also been helping other tribes around the country.

“You become intimately connected; almost like you become a tree hugger, you know?”

In 2016, Durglo was received at the White House, where he accepted the Champion for Change Award. And in 2017, he was again recognized for his work with an award for Climate Adaptation Leadership in Natural Resources.

The whitebark pine still holds his admiration. Durglo and his brother — a forester — have even begun writing a children’s storybook about the species and the Clark’s nutcracker, the bird that distributes the tree’s seeds.

“It’s almost a creation story,” he shared, explaining that he was fascinated by the way the tree and the bird work together to sustain life. “You learn that everything is interconnected. What happens to one happens to all. This whole process has taught me a lot about interconnection.”

Kate Michael writes from Washington, D.C. and is a lifestyle editor and publisher.

The article was published in the Summer 2019 edition of American Forests Magazine. American Forests has been publishing its magazine since 1895. Filled with beautiful photographs and informative articles highlighting our nation’s forests and trees, American Forests features information for everyone from the environmentally conscious to the outdoor enthusiast. Become a supporter and receive our magazine in the mail. 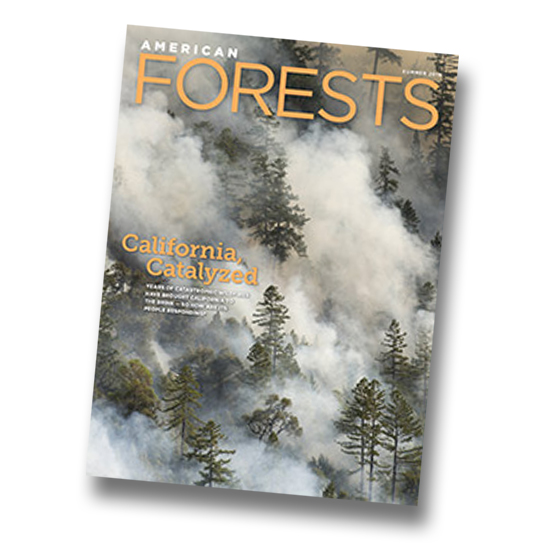 How Michael Durglo Jr. and the Confederated Salish and Kootenai tribe are working to restore whitebark pine populations.