Home/Earthkeepers: A bond forged in fire: Brittany and Gilbert Dyer 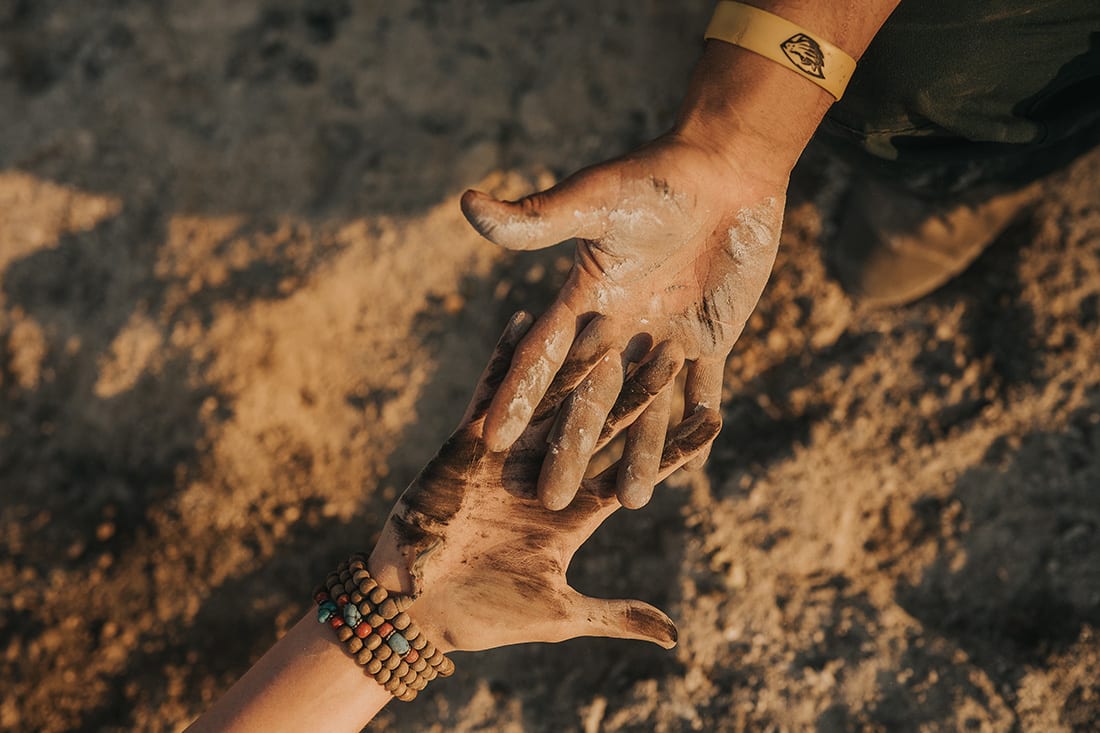 When the Dyers got married, they knew that climate change would transform their lives. Just not like this. Credit: Kate Ybarra / American Forests.

BRITTANY AND GILBERT DYER are good at turning problems into opportunities. A decade ago, the pair met when Brittany bumped into Gilbert at a bar and spilled her beer on him. “It was love at first sight,” Gilbert laughs. They married in 2017 in a “secret wilderness wedding” attended by six friends and five dogs.

Now, the Dyers work to fix a far thornier issue: California’s flagging forest health. As the California state director for American Forests, Brittany works to restore forests across the state, particularly those charred by severe wildfires. Gilbert is a fire prevention officer with the United States Forest Service, where he’s worked for the last 20 years.

As familiar as they are with wildfires, the biggest single fire in California history left them stunned. On September 4, the Creek Fire exploded about 13 miles from their house in North Fork, growing to 40,000 acres in a single day. “The fire moved the fastest I’ve ever seen without being in a desert with high winds,” Gilbert said. 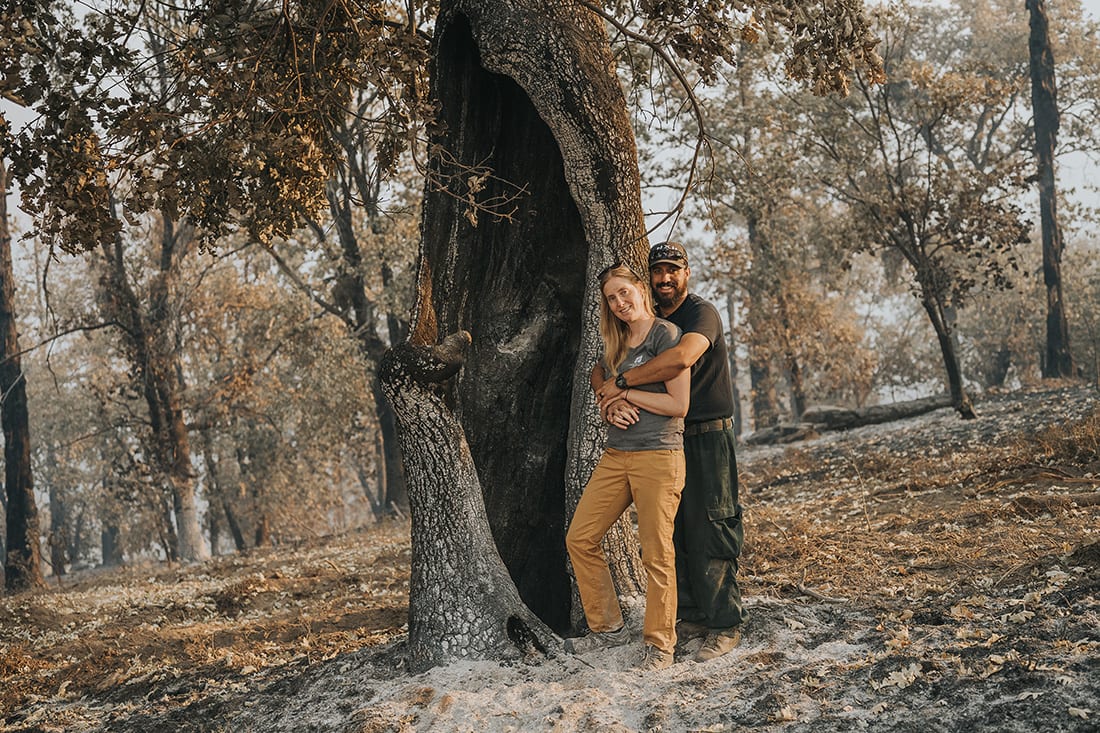 The next day, Gilbert left home before sunrise to patrol for unsafe campfires and other issues from Labor Day weekend campers. A few hours later, Brittany walked to a nearby creek to meditate. She knew the Creek Fire was raging not too far away, but it seemed unlikely it could cross the “big wet firebreak” of the San Joaquin River. As she sat, though, “all of a sudden a weird feeling came over me,” she recalls. Something was telling her to leave. She raced home to grab their dogs and evacuation bags, fleeing in sight of a 50,000-foot pyrocumulus cloud — one of the largest ever recorded.

The evacuation that followed lasted nearly a month and tested the Dyers’ limits. Gilbert worked back-to-back 24-hour shifts, snatching just a few hours of sleep at a time. Brittany, still working long days for American Forests, evacuated to one friend’s house, and then another.

But even through smoke and flame, the pair found ways to be together. On Gilbert’s birthday, Brittany tracked down where he and his crew would be sleeping for the night, and drove up to deliver cupcakes. Because of pandemic concerns, the pair couldn’t hug. “That was really hard,” Brittany says. “I just wanted to be in his arms.”

In late September, Brittany and Gilbert were cleared to return home. Their house escaped with minor damage, but many of their neighbors’ houses and nearby forests did not. “It’s devastation,” Gilbert says. “Driving though it every day, it still pretty much brings a tear to the eye.”

The Creek didn’t wreak total destruction. Brittany expects that portions of the 380,000-acre burn scar will prove to be moderate “good” fire, which rejuvenates rather than wrecks forests.

The blaze mostly spared Jackass Lake in the John Muir Wilderness, where Brittany and Gilbert got married ankle-deep in the lake’s water. Even then, they knew that the climate crisis would one day reshape their lives — both worked it into their vows, unknown to the other. Their house is in the center of a tinderbox, where climate change-fueled drought and pest outbreaks have killed 163 million trees since 2010. It was just a matter of time before it burned.

Despite the fire, the pair is hopeful. The scope of the destruction has finally made the state’s wildfire problem impossible to ignore. Brittany dreams of a day when the wail of sirens doesn’t mean danger, but that her husband and other forestry workers are out setting controlled burns, a key tool to prevent out-of-control wildfires. She’s gearing up to make American Forests a driving force to reforest the Creek Fire’s burn scar.

As for Gilbert? “Being a firefighter,” he says, “it makes you prepared for anything.”