Home/Becoming the City in a Forest

Becoming the City in a Forest 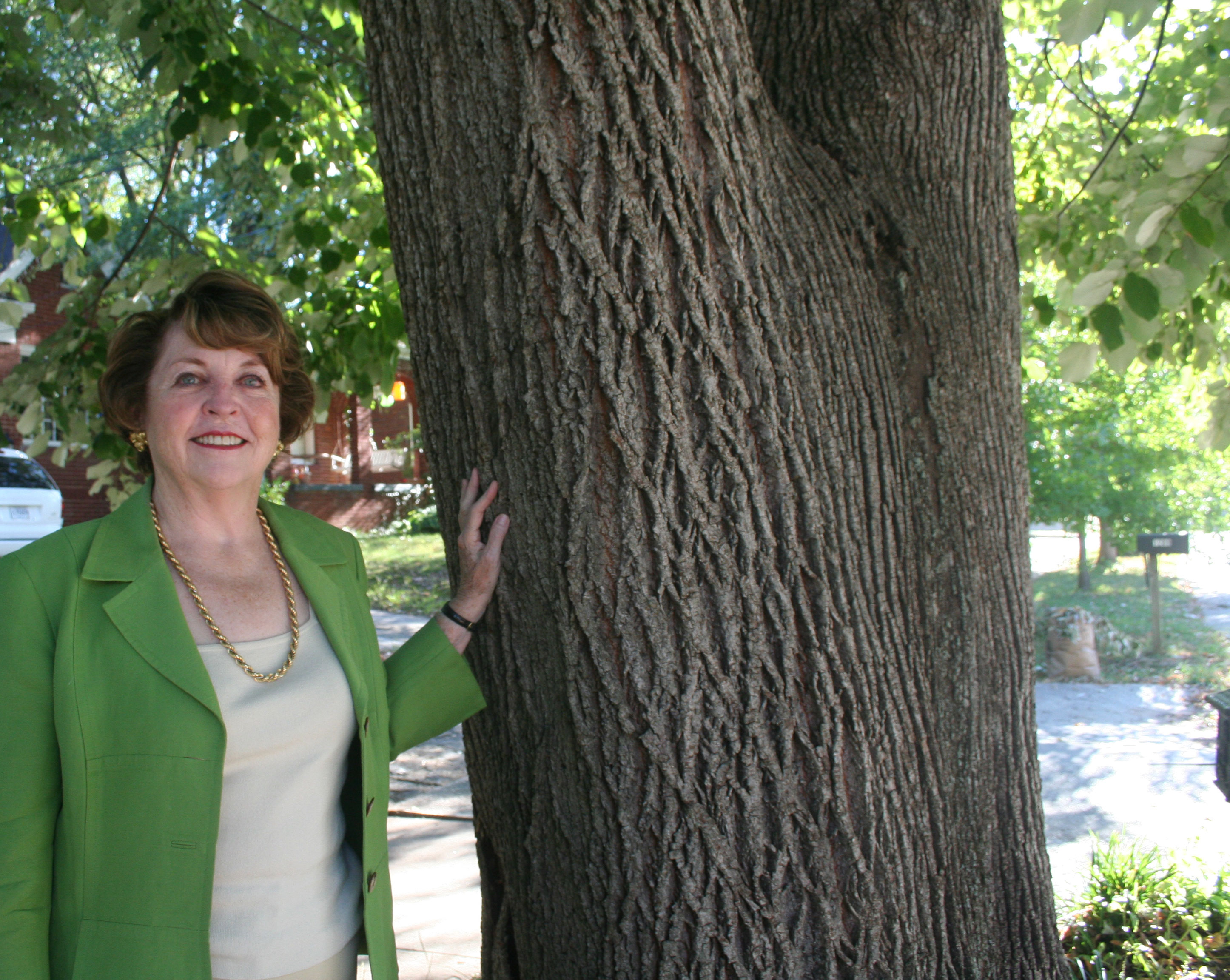 It took some hundred years for anyone to think of Atlanta as “The City in a Forest.” But today, beyond the downtown skyline, trees dominate the landscape, making it easy to see how Atlanta has the most tree cover of any major city in the United States. However, this beautiful distinction is not easily maintained. Constantly growing suburbs and pressure for more streamlined construction have threatened the presence of the abundant dogwoods, oaks and southern pines that pervade the city.

Marcia Bansley is among the city’s chief defenders of the canopy. An Atlanta native, Marcia worked to protect the metro area’s natural resources with various organizations before helping create the area’s largest urban forestry nonprofit, Trees Atlanta, which has grown to significant distinction. As the founding executive director, she spent 26 years growing the organization.

Marcia’s infectious enthusiasm for local activism started long before Trees Atlanta. In the early-1970s, she joined Friends of the River, an organization started through the Junior League of Atlanta to protect the Chattahoochee River. Marcia saw the importance of the river and growing public awareness, because “people don’t realize it, but the watershed isn’t very big and we are dependent on it.” Atlanta was experiencing astounding growth, and, after several studies showed the need for action, Marcia worked tirelessly with lawmakers to create the Chattahoochee River National Recreation Area.

Marcia managed a law firm for some time while with Friends of the River, and she then went on to protect the Chattahoochee with the Legacy Foundation before returning to Emory University to finish her law degree. While pursuing her law degree, she interned with Senator Samuel Nunn in Washington, D.C., for almost a year, an experience she found invaluable in her later efforts to rally political support.

Founded in 1985, Trees Atlanta is dedicated to protecting Atlanta’s forests, creating new green space and fighting tree loss. For eight years she was the only employee, and jokes that “people said Trees Atlanta was an answering machine.” The office space was donated, and her entire salary was covered for two years by Georgia-Pacific. Despite these challenges, she managed to initiate change through great volunteers and her breadth of experience in nonprofit management.

“I knew how to persuade talented people to volunteer their professional talents and skills to help with our work,” she says, pointing out that this was made easier by showing them the change they could make in their own community. 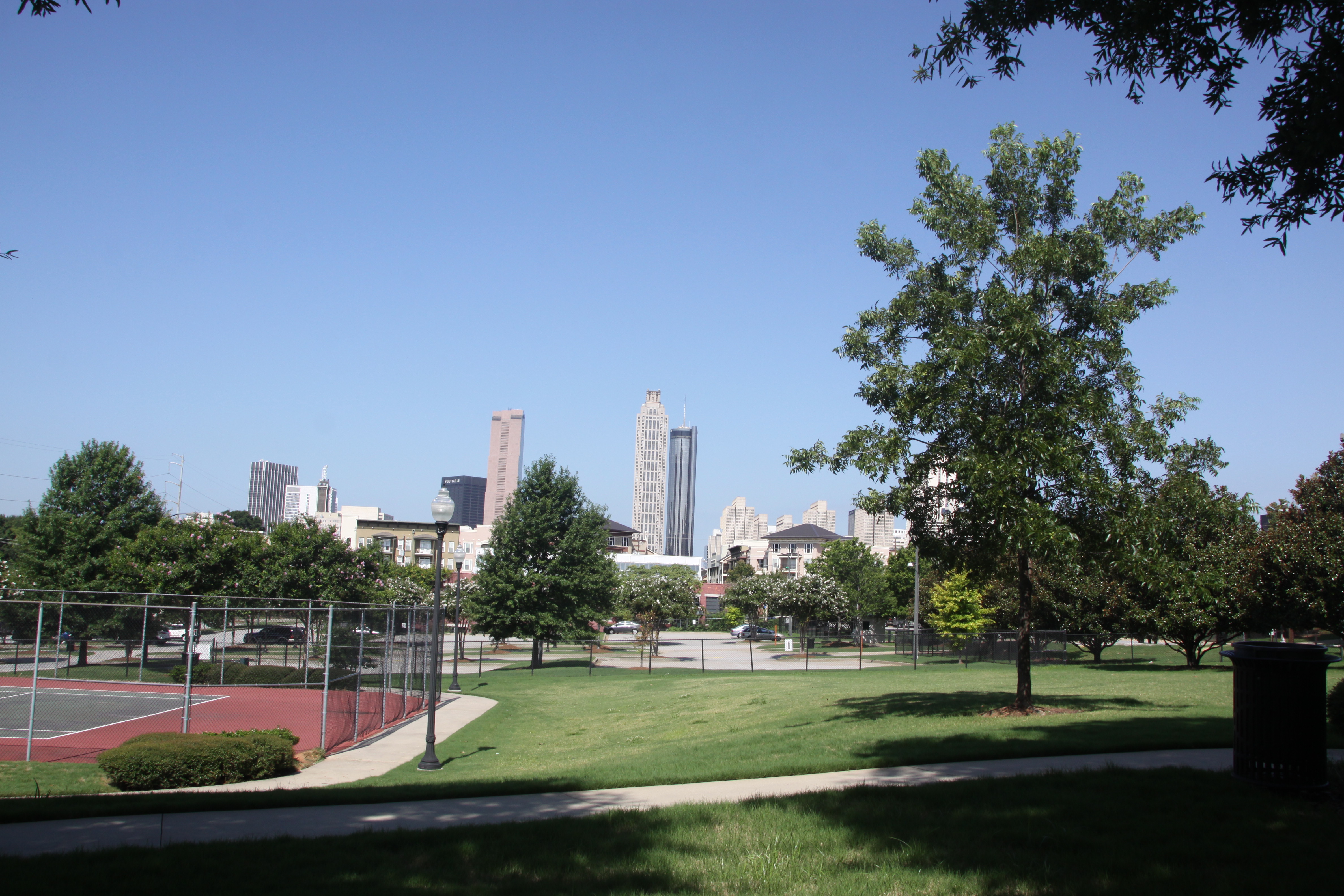 Trees Atlanta has coordinated tree plantings across the city, including Dreamers Park in the historic MLK District. Credit: Trees Atlanta.

Marcia knew that downtown Atlanta needed more natural beauty to keep it thriving, and, when the city was chosen to host the 1996 Olympics, she saw the perfect opportunity. The area needed
trees, so she set off to determine how to make downtown green again. With a team of landscape architects and contractors, she worked for months to mark every new tree’s spot. Eventually, in late 1990, a $5 million price tag was set for the job, an intimidating figure for a one-person organization.

With little attention from the city government, Marcia gathered support for the project wherever she could find it. In order to receive a match through the Forest Service, she had to raise $500,000, and it didn’t look promising. But, just when she thought it might fall apart, the Woodruff Foundation gave her $1 million. She couldn’t believe her luck, saying she was “non functional for three days.” Soon after, Marcia found her once-obscure project in the spotlight and was able to raise the rest of the money to complete the amazing transformation.

Although Marcia was extraordinarily involved locally, she was also instrumental in facilitating the growth of urban forestry on a national level.

During the George H.W. Bush administration, Marcia was part of the National Urban and Community Forestry Advisory Council, advising the Secretary of Agriculture on urban forestry policy for more than three years. And, it didn’t stop there. Recognizing the importance of collaboration, Marcia helped to create the Alliance for Community Trees. The organization was incorporated in 1993
as a nationwide coalition of grassroots urban forestry groups, a way for local organizations to share their recipes for success, which Marcia found to be a solid support system.

“Part of it is the emotional support,” she says. “When you’re an executive director, you’ve got to have some help from somewhere.”

The Olympics planting was a transformative project for Trees Atlanta. The organization emerged much larger, better funded and increasingly relevant in the local conservation movement. The staff grew to include a variety of passionate individuals who helped steer the organization, and Marcia was able to step down as executive director after 26 years, confident that Trees Atlanta was in good hands. She couldn’t have done it without people like Connie Veates, the president of the board for many years who helped with complex issues and “gave sage advice on running

[the] organization.” Connie took on the role of co-executive director with Greg Levine, and they have continued to guide Trees Atlanta with a variety of programs that benefit the Atlanta metropolitan area, including education programs for both kids and adults as well as planting projects in underserved neighborhoods.

Marcia remains committed to her community, now with the Georgia Advisory Board for the Trust for Public Land, and you can see her enthusiasm hasn’t faded one bit.

“I’m really proud of Atlanta,” Marcia says. “We have leadership who care and people who’ve grown up here, or haven’t grown up here, putting a lot of effort into it.”

And, although there’s always progress to make, it’s important to recognize the progress that’s already been made. The visionary signature of Marcia Bansley will long be visible in not only the neighborhoods of Atlanta, but also in the field of urban forestry as a whole.

David May was American Forests’ summer 2015 communications intern and is a junior at Elon University in North Carolina, studying marketing and environmental studies.