Home/Blog/Success Is Sweet for Rural Communities

Success Is Sweet for Rural Communities 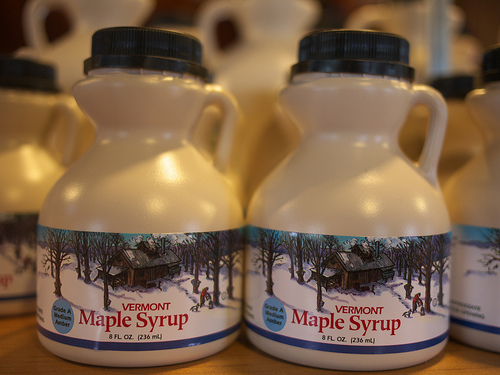 I love Vermont and maple syrup. None of that fake sugary “pancake syrup” for me. I grew up in New England, where I was surrounded by a culture that embraced small farmers and local businesses like maple syrup producers. Thanks to a new grant program from the USDA, my Sunday brunches will now be a whole lot greener. The Rural Energy for America Program (or REAP), which is administered by USDA Rural Development, is awarding grants to six maple syrup producers to reduce their energy use. Five of the producers are located in the state of Vermont.

Did you know that maple tree sap is almost completely water? Only about two percent of it is sugar. That means it takes about 40 gallons of sap to make just one gallon of syrup! The delicious end product is certainly worth the effort, but it’s important to remember that there’s a lot of energy that goes into removing all that water.

One of the main methods producers can adopt to become more energy efficient is reverse osmosis. Traditionally, maple syrup is made by boiling sap over an open fire to reduce the liquid by ninety-eight percent. Reverse osmosis, on the other hand, removes about half of the liquid from the sap by running it through a semi-permeable membrane before it is boiled down into syrup. That means shorter boiling time and less energy needed afterwards to boil the sap. Not only will this make the production process more environmentally friendly, it will save producers time and money. And as all small businesses in this economy can attest, every penny counts.

But it doesn’t stop there. The USDA has other programs to support the sugar industry. In addition to REAP, the USDA also helps maple syrup producers through programs like EQIP (the Environmental Quality Incentives Program). Two years ago, the Maple Guys in New Hampshire were awarded a $10,000 Conservation Innovation Grant, a component of EQIP. With the help of the grant, they were able install a wood-fired evaporator for their business, the first of its kind in the state. This machine uses renewable energy because it actually combusts the resultant gas from the burning wood to provide even more energy, rather than letting the gas escape. The Maple Guys hope they can serve as an example for the rest of the industry in making the switch to more sustainable and domestic fuel sources. Success never tasted so good!