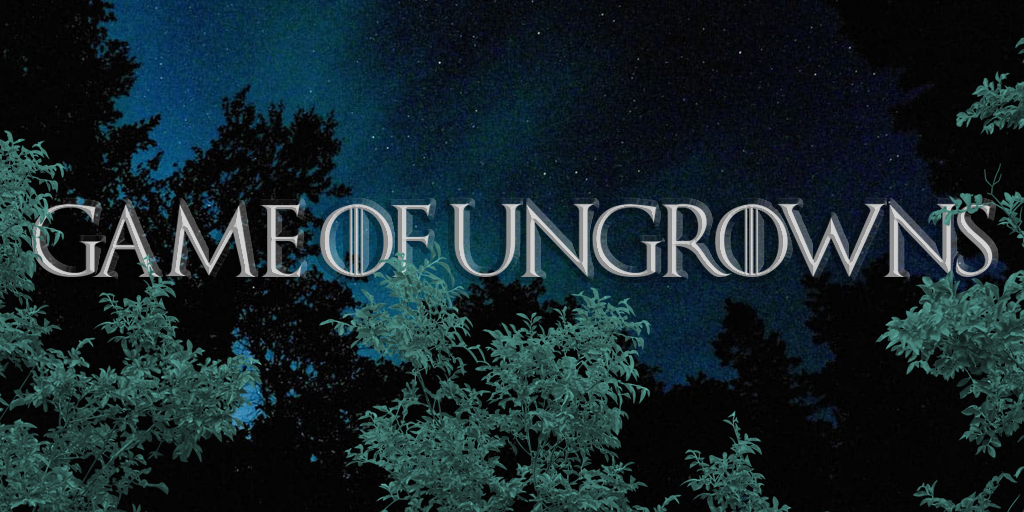 Much like the popular television series Game of Thrones, disparate players in the war against climate change have spent much of history largely at odds, sometimes forming alliances but generally working toward their own ends, each believing that their House holds the one true solution to atone for the wreckage we’ve wrought on our environment.

In American Forests’ ‘Game of Ungrowns,’ our mission is to embolden the many eco-warriors in our midst, players combatting climate change that belong to the Houses of Public Policy, the Houses of Energy Efficiency (House of Solar, House of Water, House of Wind) and the Houses of Activist Naturists.

It’s not that these Houses are warring with each other, as in Game of Thrones, but simply that each is fighting first for its own interests. Some use carbon tax proposals; some are looking to slash greenhouse gas emissions; and some are looking to find alternative fuel sources in an effort to halt or slow the ruin of the environment.

Historically, American Forests has simply been the House of Healthy and Resilient Forests. But now that we know the true enemy – the scourge of division – we have risen to the task of being a unifying force in combating climate change, by promoting the growth of new forests and at the same time protecting and restoring existing forests.

We feel it is our unique position and renewed purpose, much like that of Daenerys and Jon, to bring these divided stakeholders together and put a halt to any existing territorial conflicts – so that the Houses can stop merely atoning, but rather provide attainable solutions through an all-hands-on-deck approach.

Working independently undermines each House’s ability to address the most complex problems of climate change – arguably the biggest crisis we all face – that has, like the Night King’s Army of the Dead, effectively stolen our dragon and turned our future barren and bleak.

United and setting aside our differences, we, the Champions of Natural Climate Solutions, can rally together to defeat our shared Climate Change Demons.

As a leading Champion, American Forests will deploy our many tools to achieve natural climate solutions: our carbon mitigation work with the Forest-Climate Working Group (FCWG); our guidance and leadership with the US Climate Alliance; our forest restoration and sustainable management efforts with the Northern Institute of Applied Climate Science (NIACS); our research agenda developed through our Science Advisory Board; and our myriad other partnerships directed toward active reforestation efforts as pathways to carbon capture, long-term forest resilience and climate stability.

Despite the current divisiveness at both a national and global scale, American Forests understands that joining together through the unified power of new and old forests is the best way to combat our shared foe of environmental degradation.

At American Forests, we’re not merely players in the Game of Ungrowns, we’re game changers, along with our allies and partners, in this epic plot to save our world.