For Tree Equity and Climate Change, How Many Urban Trees do we Need?

Home/our work/Tree Equity in America’s Cities/For Tree Equity and Climate Change, How Many Urban Trees do we Need?

New study finds we need to plant 31.4 million trees per year in urban areas of the U.S.

Interest in growing trees in urban areas across the United States is on the rise. So is action, with government agencies and nonprofit organizations in Boston, Detroit, Phoenix and other cities organizing tree planting events and creating urban forestry plans.

But how many trees need to be planted every year — especially if we want to advance Tree Equity and slow climate change?

The magic number to plant is 31.4 million, according to a new American Forests study, done with Dr. David Nowak of the U.S. Forest Service. What would that look like? On average, trees would cover 43.3 percent of U.S. urban areas, which is a relative 10 percent increase from where we are today. 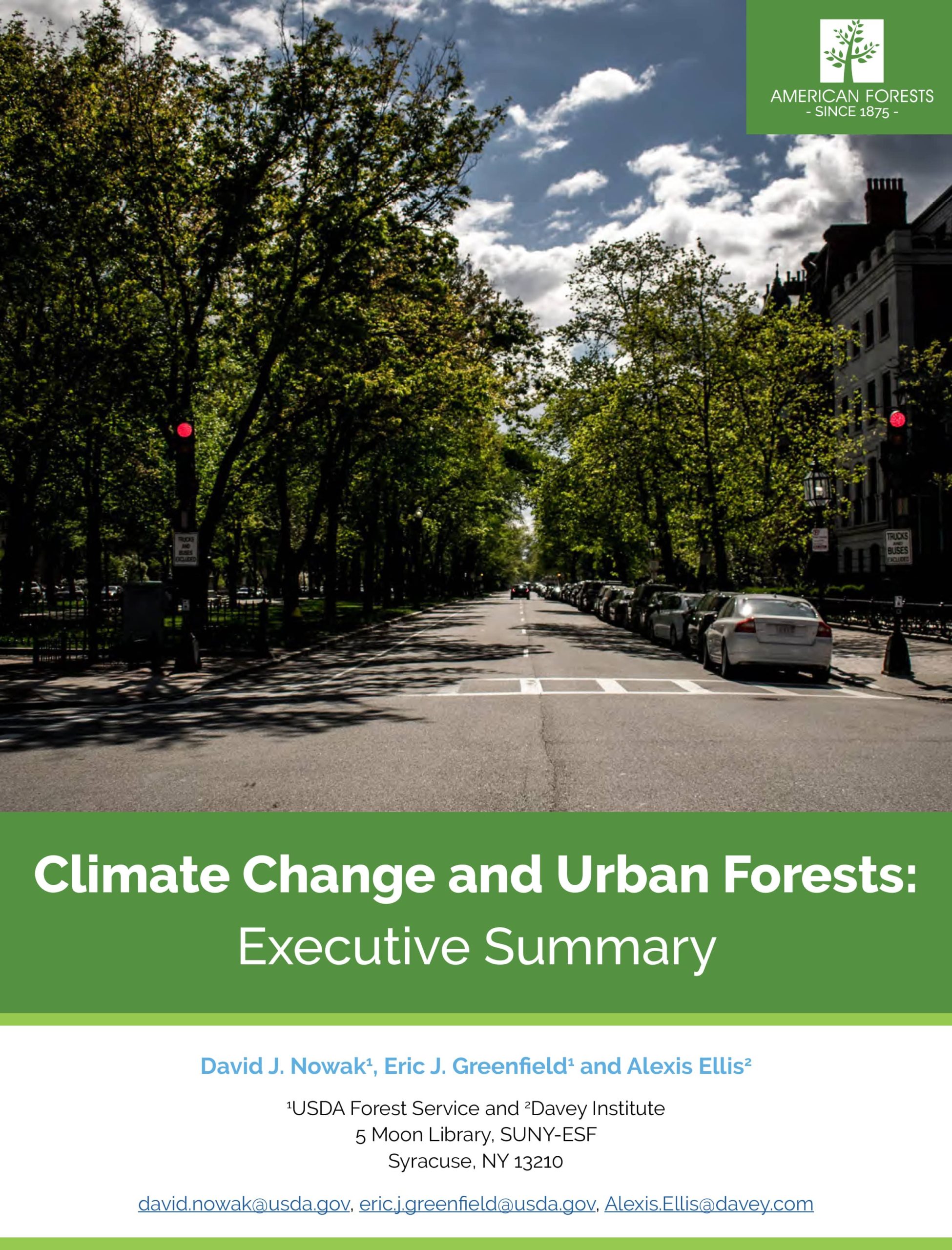 Planting that many trees would help address two problems. One is that we are losing one tree for every two trees “established” (established means planted or naturally regenerated). The loss is mainly due to extreme weather events, insects and diseases; trees being removed for buildings; and improper planting practices. On this path, we are facing a projected loss of 8.3% in urban tree cover by 2060.

The other problem is that there are simply not enough trees in U.S. urban areas, particularly in socioeconomically disadvantaged neighborhoods.

We need to address these problems because trees play a vital role in human wellbeing. They cool our neighborhoods; purify the air we breathe and lift our mood. When mature, trees shade buildings in the summer and block wind in the winter, reducing the use of air conditioners and heaters — saving people money on utility bills. Trees also help slow climate change. Our urban forests are responsible for almost one-fifth of the country’s captured and stored carbon emissions.

All people deserve the benefits of trees

Planting trees at a rate of 31.4 million a year in cities nationwide would help create Tree Equity. Simply put, Tree Equity is about planting the right number of trees in the places that need trees the most so everyone can experience the benefits that trees provide.

It also would improve the economy by creating and supporting at least 228,000 jobs annually. Nearly 1 billion metric tons of carbon would be stored in the trees, too. And there would be a savings of nearly $1.6 billion a year from things like avoided asthma-related emergency room visits. 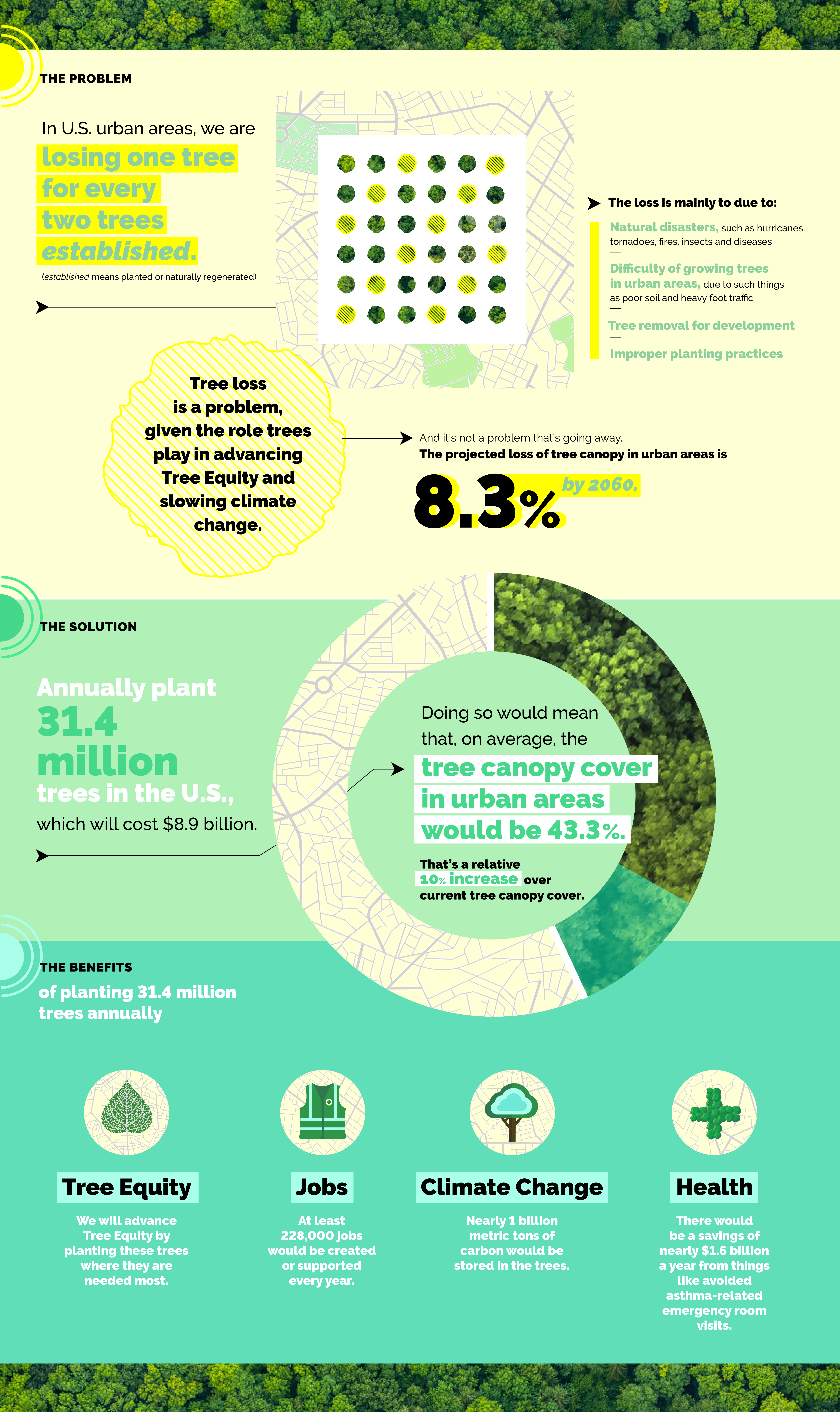 How you can help

A Case Study: Who Benefits from Urban Trees?

Quincy Jones knew his neighborhood was going downhill. The 2008 sub-prime mortgage crisis had hit some of Detroit’s neighborhoods with the force of a bomb blast. Several years later, Jones’ community of Osborn — on the east side of the city — still looked gutted.

Those trees led to even more greenery: In 2016, American Forests partnered with the neighborhood, The Greening of Detroit and Bank of America to build the Osborn Outdoor Educational Center — a tree-lined park where there once stood four blighted, abandoned homes. Jones said residents and children go there all the time to enjoy the space, which includes a caterpillar made of tires for kids to play on, a trail, sitting areas and public art. And he said that all that green has tangibly revitalized Osborn. 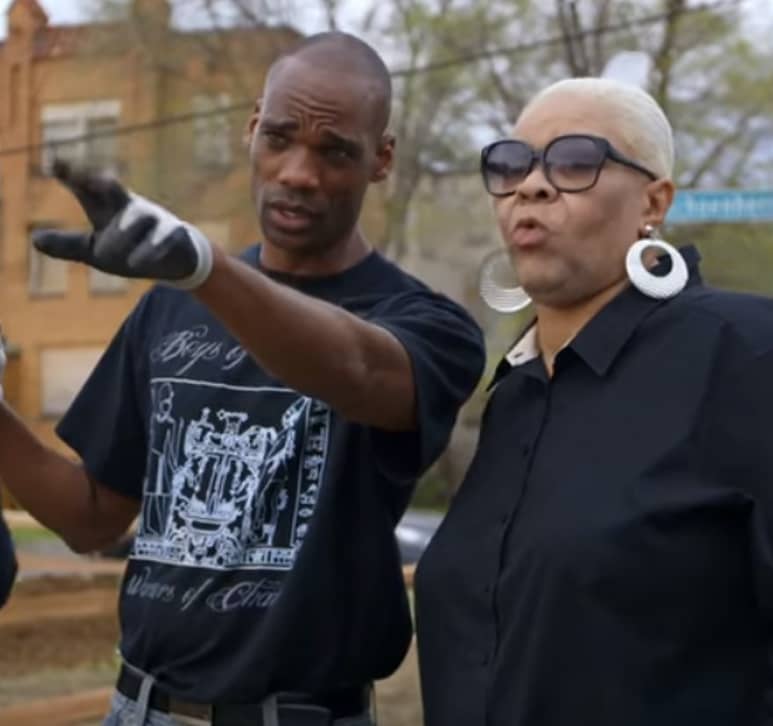 Quincy Jones (left) walks a neighbor through the planting plan in his Detroit neighborhood.