What we do | Forest RestorationRestoring California's forests

California’s forests are changing faster than ever before. As climate change dries out the state, vast numbers of trees are lost each year to drought, wildfires and pests. These threats are made worse by decades of forest mismanagement, which leaves forests overgrown and unhealthy.

American Forests is tackling these urgent problems. We lead research and partnerships to restore and conserve healthy forests in California. The healthier a forest is, the better it will be able to withstand a hotter, drier future. Reforestation is one of our main techniques for restoring forest health. We’ve planted 8.4 million trees in California since 1991.

More than 162 million trees in California have died across 10.5 million acres since 2010. Climate change, coupled with decades of forest mismanagement, create severe risks for the state’s forests: 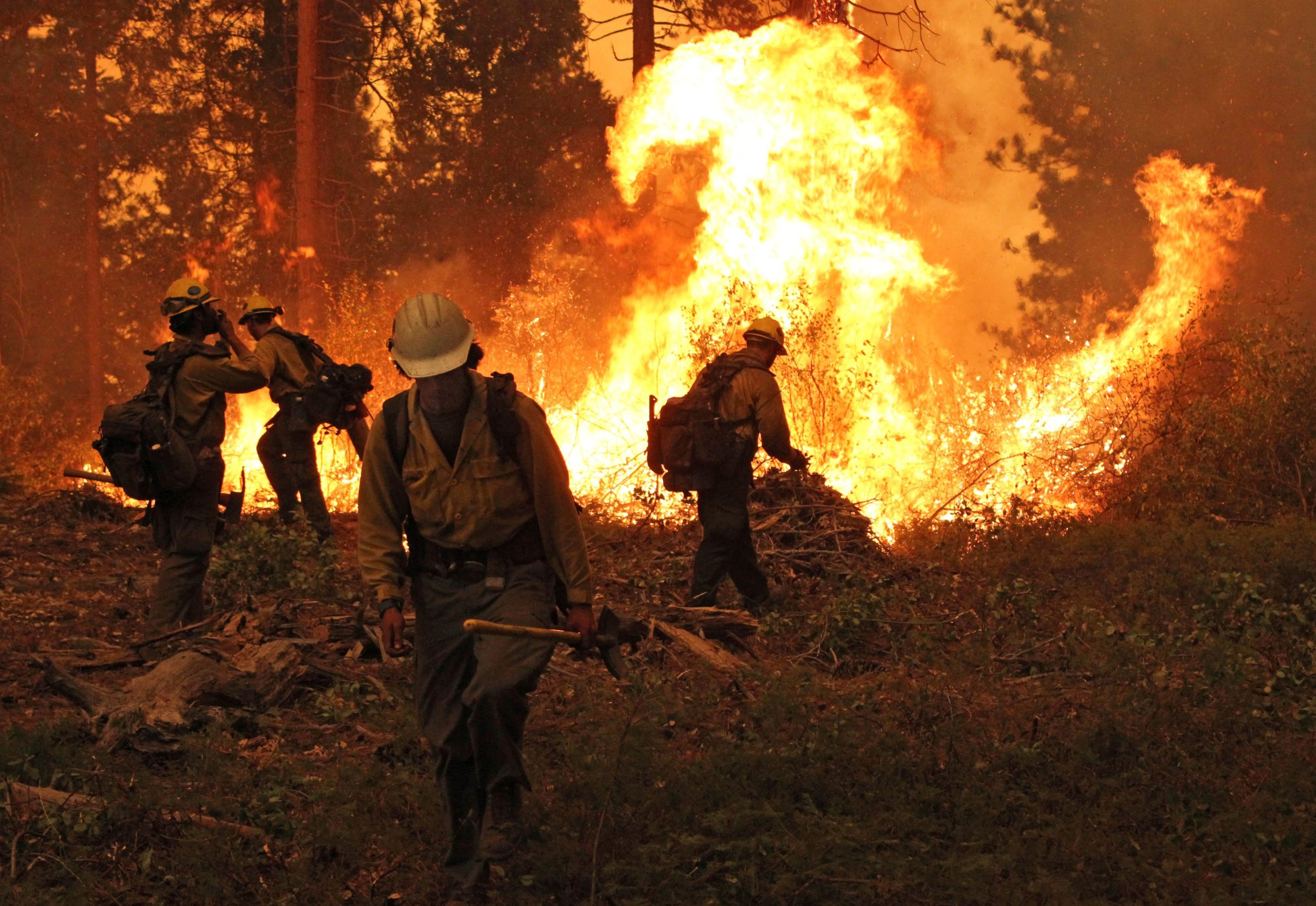 Why Restoring California’s Forests Is Important

The world’s biggest tree and tallest tree — the General Sherman giant sequoia and the Hyperion redwood — grow in California. The Ancient Bristlecone Pine Forest is home to the world’s oldest trees, with some reaching 5,000 years of age.

California’s forests store vast amounts of carbon. Ancient redwood forests store more carbon in their above-ground structures — trunks, branches and leaves — than any other forest type on earth. And forests in the Sierra Nevada hold 420 million tons of carbon, roughly equivalent to California’s total annual carbon emissions. Trees absorb carbon dioxide from the atmosphere and store it in their wood and roots for hundreds, and sometimes thousands, of years

California’s forests supply over 60 percent of the state’s water. Mountain forests and meadows absorb rain and snowmelt, and slowly release this water during the dry summer months. Trees shade snow, preventing it from melting too quickly. They also help filter water and keep it clear of sediment. All this snow and water is also essential to California’s outdoor recreation industry, which draws anglers, canoers, skiers and hikers from around the world.

California’s vast forests provide invaluable habitat for elk, mountain lions, the rare Pacific fisher and other wildlife. The Sierra Nevada mountains are a globally recognized hub for biodiversity. Thirteen vertebrate animals are found only in the Sierra Nevada, including the long-eared chipmunk and golden trout. Adding to these rare creatures are 400 species of plant that only grow in this mountain range. 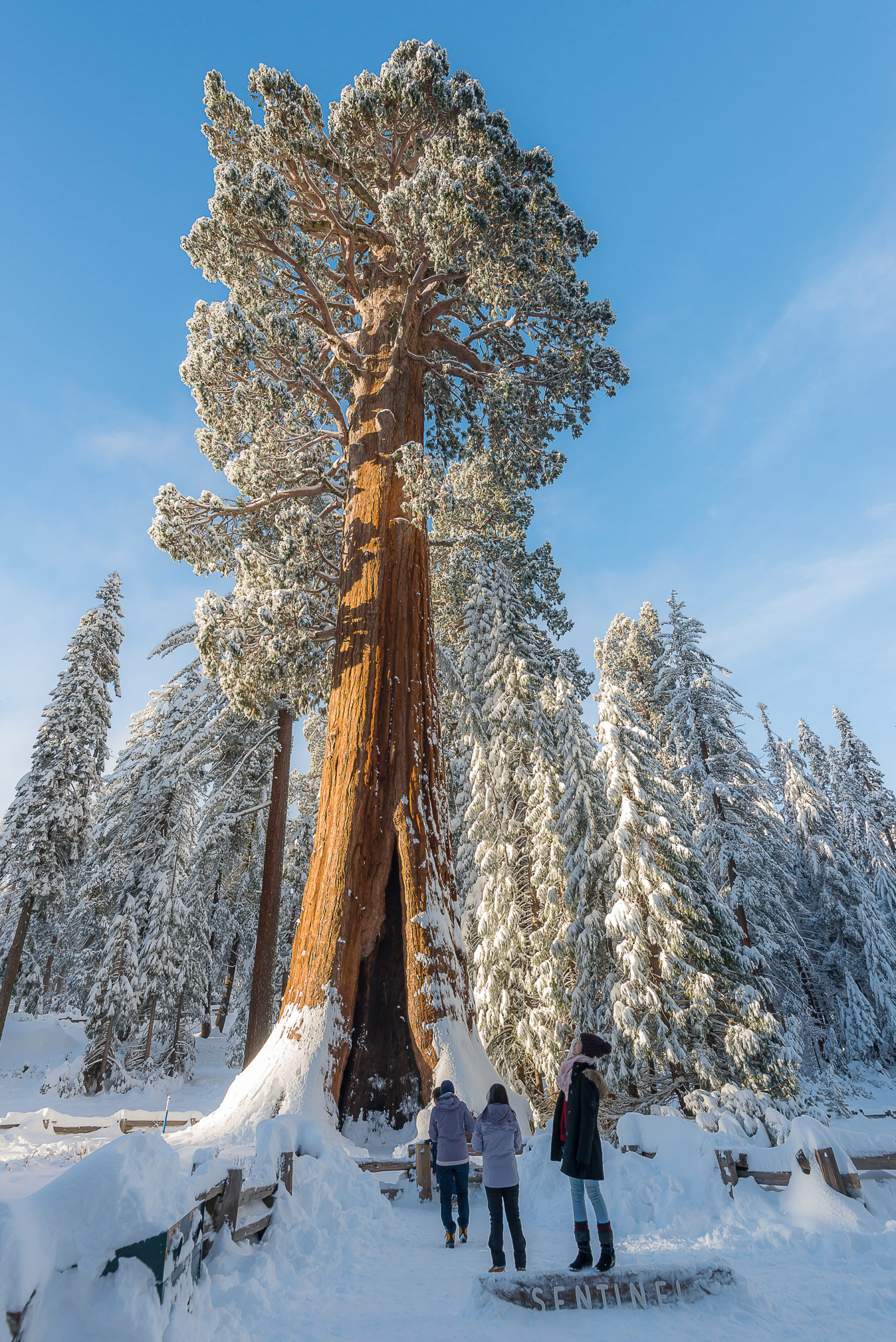 How We Are Restoring California’s Forests

We create and apply climate-smart techniques to restore resilient forests

American Forests leads research on how to grow, plant and care for trees as California’s climate rapidly changes. This research informs our “climate-smart” reforestation and forest management practices. These practices include:

Over a century ago, California’s forests were park-like places with widely spaced trees and sparse underbrush. We plant trees to mimic these healthy, natural conditions. Spacing seedlings far apart and in clumps of varying densities helps to ensure each tree has enough water during droughts. It also helps to stop wildfires from climbing up trees and jumping from one tree’s crown to the next — a process that transforms low-intensity ground fires into dangerous infernos.

The more biodiverse an ecosystem, the quicker it tends to bounce back after a threat. With this in mind, American Forests plants a diverse collection of native trees suited to the environment of each site. We also carefully observe planting sites to see which species are naturally regenerating. We then use these observations to inform which types of trees we plant.

Moving trees to where they’ll survive in the future

California’s climate is changing rapidly. In coming decades, many of the state’s forests will be too hot and dry for the tree species that currently grow there. As appropriate, American Forests uses species from warmer, lower-lying areas and plants them in higher-altitude sites. This pioneering tactic, called “assisted migration,” helps forests adjust to climate change quicker than they can on their own.

Removing and controlling underbrush that competes with seedlings

We don’t just plant trees. We care for them too. Controlled burns are an important way to foster the growth of healthy forests after tree planting is complete. Forest managers set low-intensity fires that clear away flammable underbrush and weed out weak seedlings. This helps to prevent severe wildfires in the future.

We work with governments, companies, nonprofit organizations and others on projects to restore and responsibly manage forests. Over the last 30 years, we’ve worked with local partners on over 145 reforestation projects across the state.

In the San Bernardino mountains, for example, we collaborate with landowners, California’s fire protection agency and the Mojave Desert Resource Conservation District to create and implement climate-informed reforestation plans. In and around the towns of Paradise and Concow, which were burned in the 2018 Camp Fire, we work on reforestation projects with the Bureau of Land Management, the Butte County Fire Safe Council and the Butte County Resource Conservation District on both public and private lands. 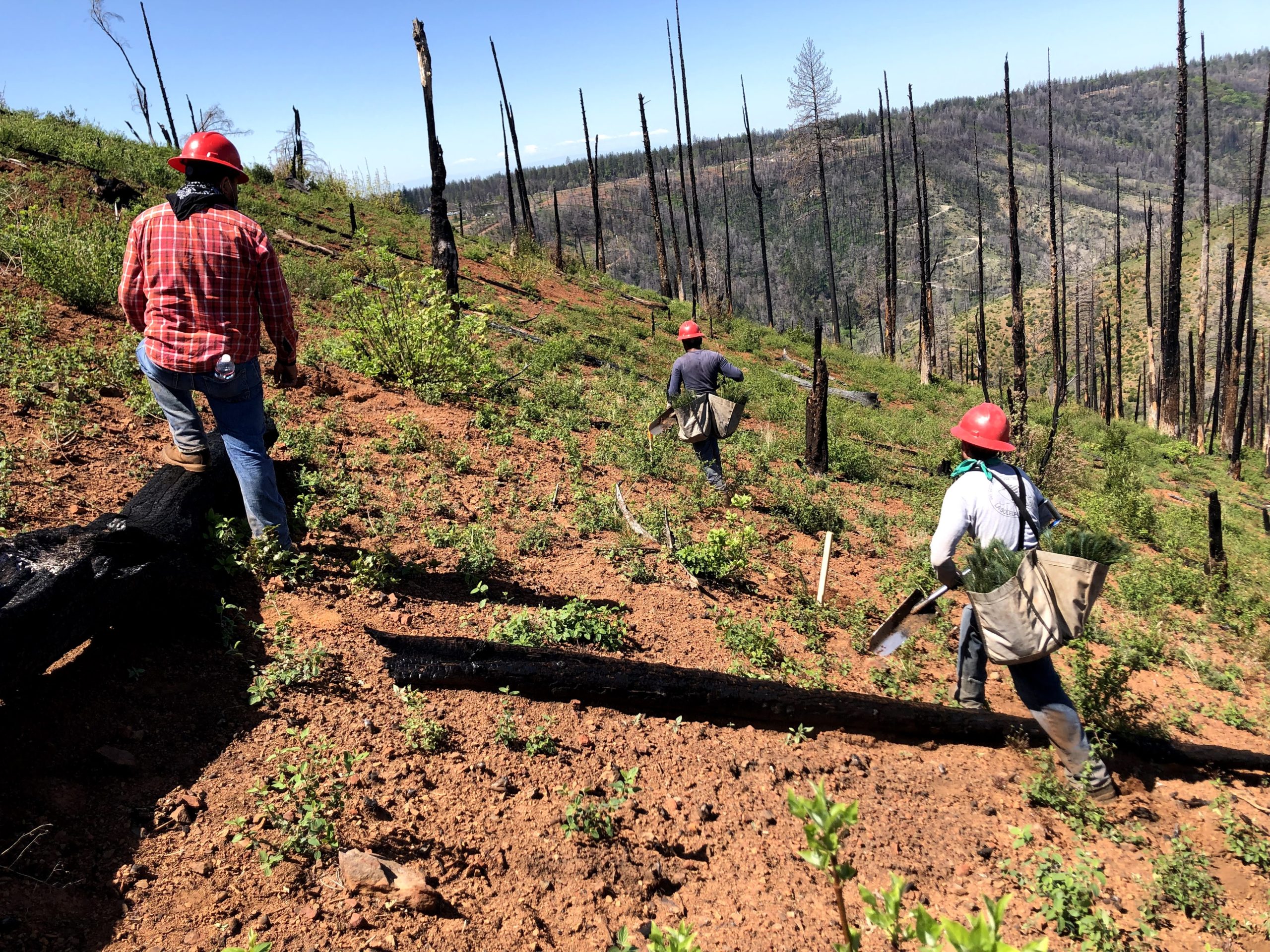 On the state level, we host the Governments for Forest Health Working Group under Governor Newsome’s Forest Management Task Force. On a regional level, we co-convene meetings with the Southern Sierra Leadership Forum to advance cross-boundary and landscape level restoration projects in the southern and eastern Sierra Nevada.

On a local level we facilitate key conversations between land management specialists and non-profits to inform climate-smart decision making on the ground. We also collaborate the California Climate Hub and with the Northern Institute of Applied Climate Science, a research branch of the U.S. Forest Service. We work with NIACS to model how forests will respond to climate change.

Our Projects in California 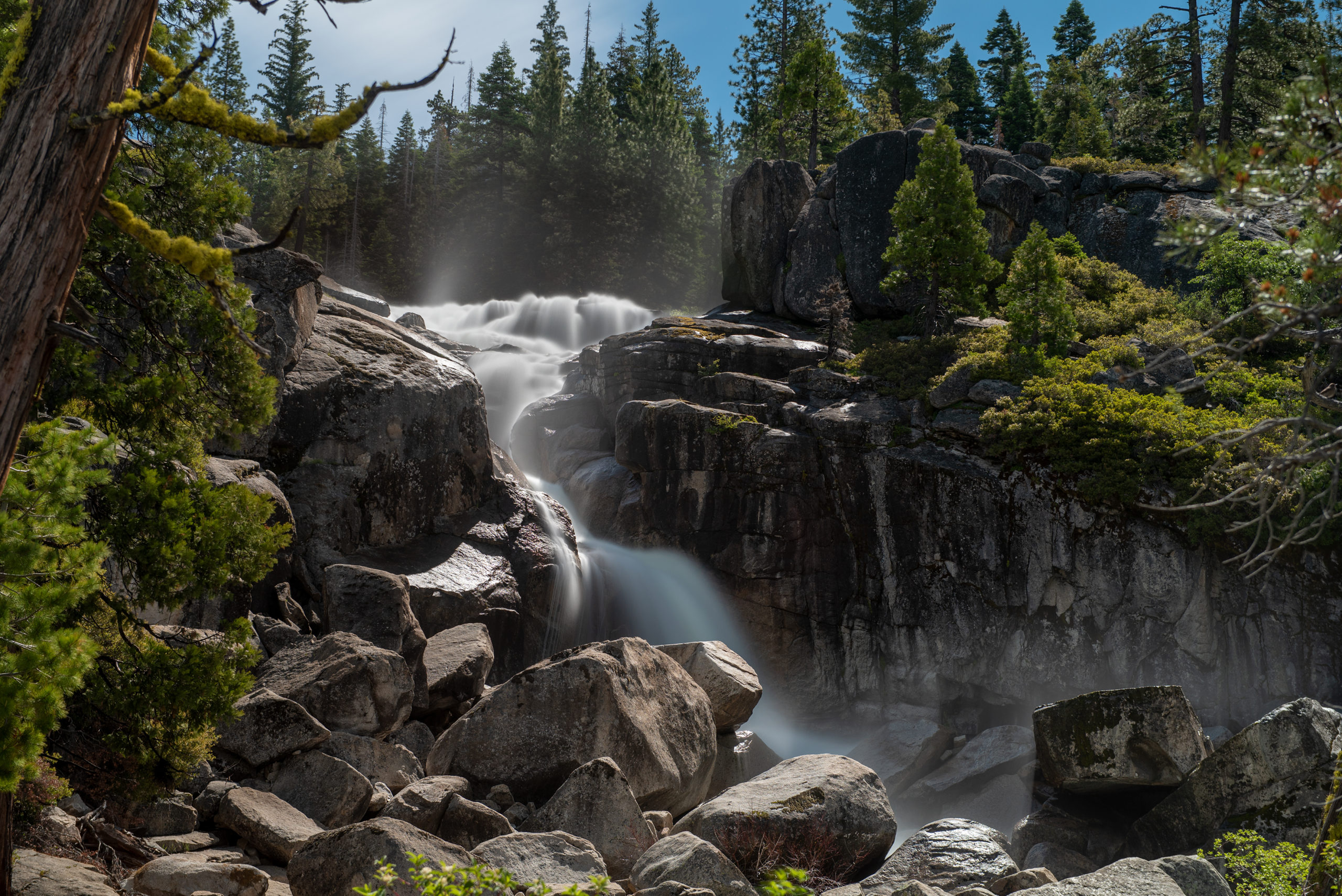 The King Fire burned nearly 100,000 acres in and around the Eldorado National Forest in 2014. More than 30,000 acres burned so intensely that no trees survived, making the King one of the most ecologically damaging wildfires in California history.

American Forests has since planted hundreds of thousands of trees in Eldorado National Forest, and funded site preparation work that gives seedlings a better shot at survival. We secured a Sierra Corps Forestry Fellow to work with researchers in the Eldorado to design, implement and study climate-smart reforestation plots. 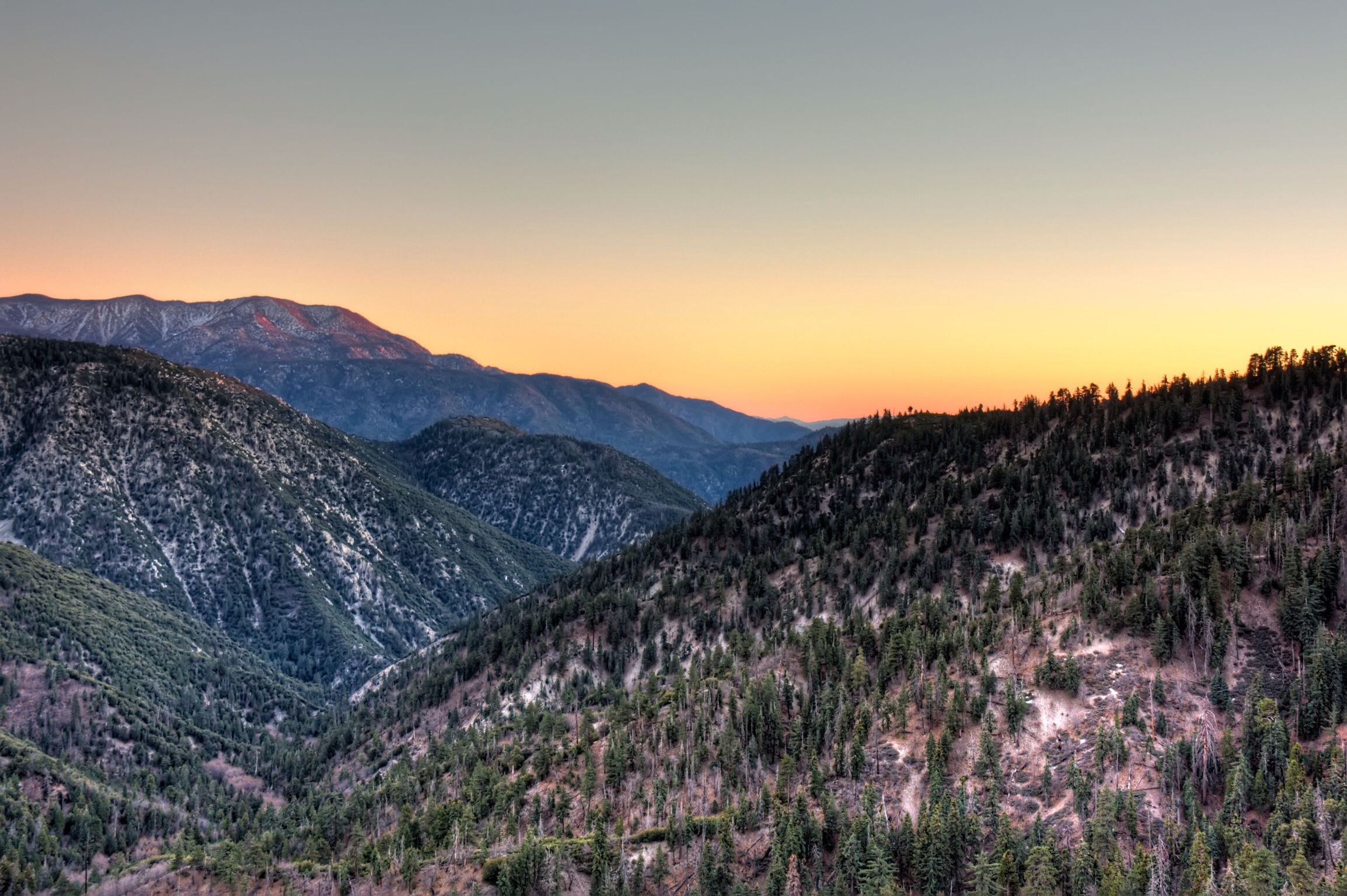 Since 1991, American Forests has worked with local landowners to plant over a half-million trees in wildfire-ravaged forests in the San Bernardino. Healthy pines and oaks, some of them now 15 feet tall, are beckoning back wildlife like mule deer and mountain lions.

In 2020 and 2021, American Forests will continue its partnership with the Mojave Desert Resource Conservation District and local landowners to plant 75,600 seedlings in and around the San Bernardino Mountains. The team will use a diverse collection of fire-resistant pine species, and give each seedling the elbow space it needs to thrive.

Areas burned in the 2018 Camp Fire 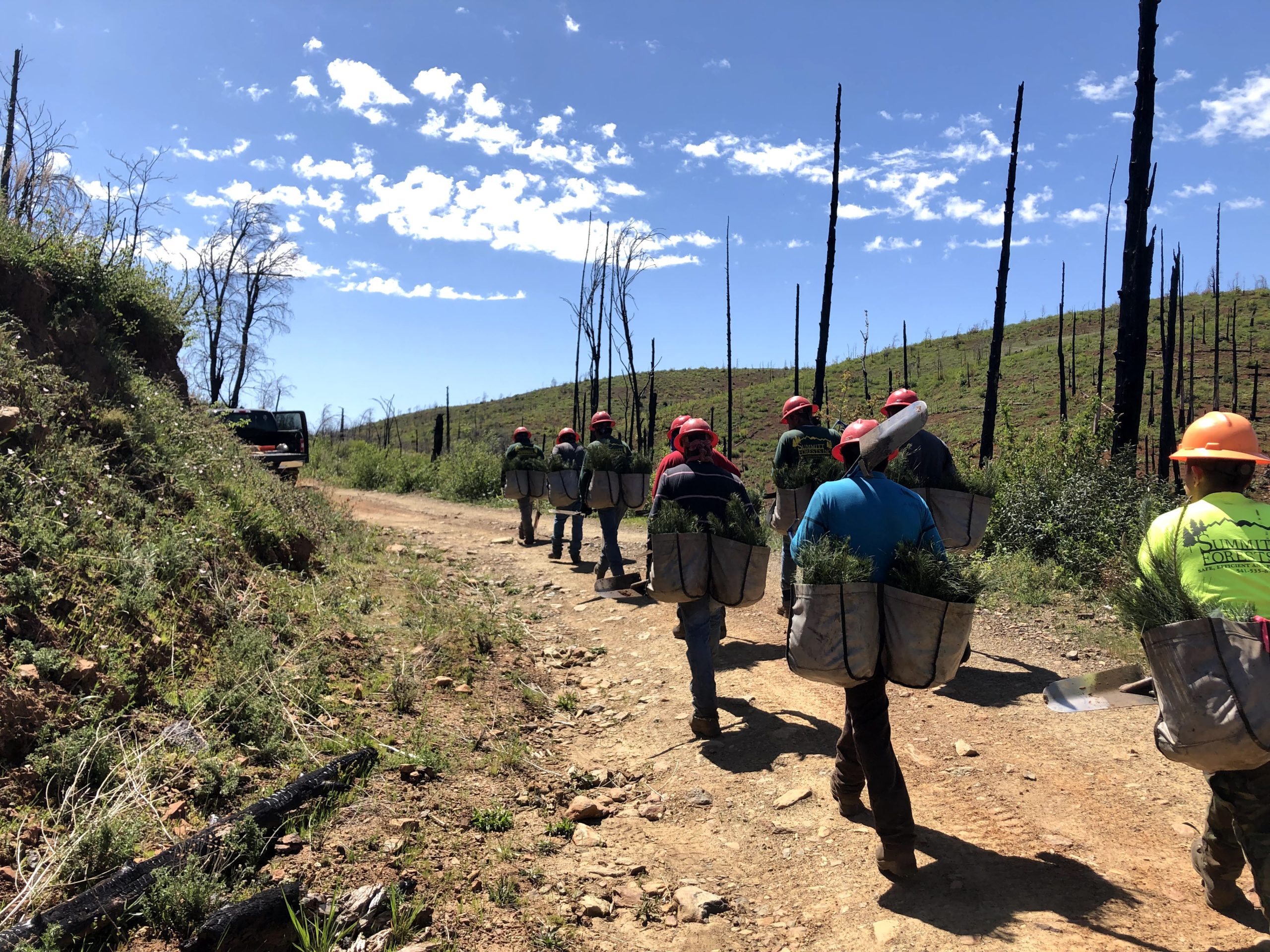 Workers set off to plant trees in the burn scar of the Camp Fire. Photo credit: Austin Rempel / American Forests

The 2018 Camp Fire, which claimed at least 85 lives and leveled the town of Paradise, was so intense it left many areas without any living trees. American Forests is tapping into the latest climate science to reforest this region and help stave off future severe wildfires.

We are planting 120,000 trees in public and private lands in the fire’s burn scar over the next two years. Some tree species will be planted at higher elevations than where they currently occur, to prepare for changing climate conditions. After the plantings, forest managers will use tools like controlled burns to prevent the dangerous buildup of flammable underbrush.

The endeavor to grow forests that can take on the future impacts of climate change. 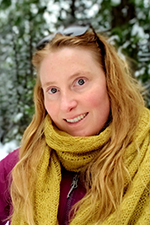 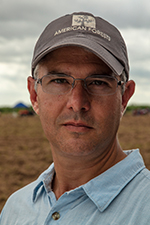 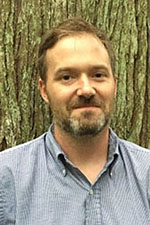 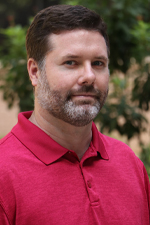 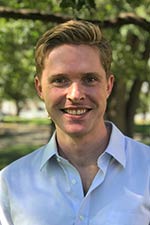 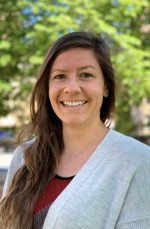 Senior Manager of Forests and Climate 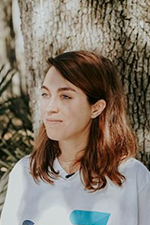 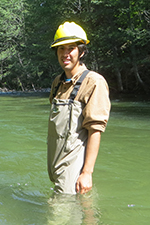 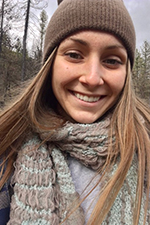 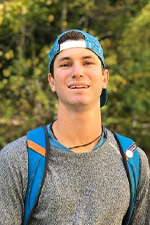 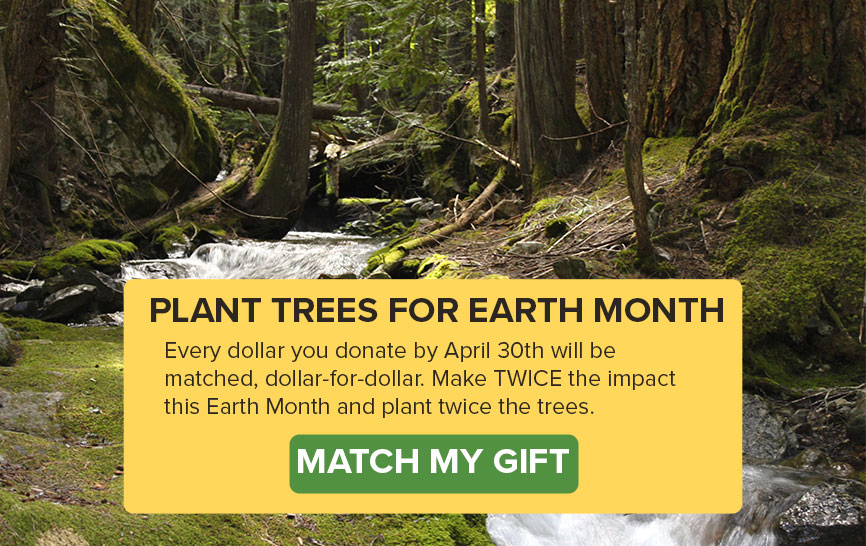