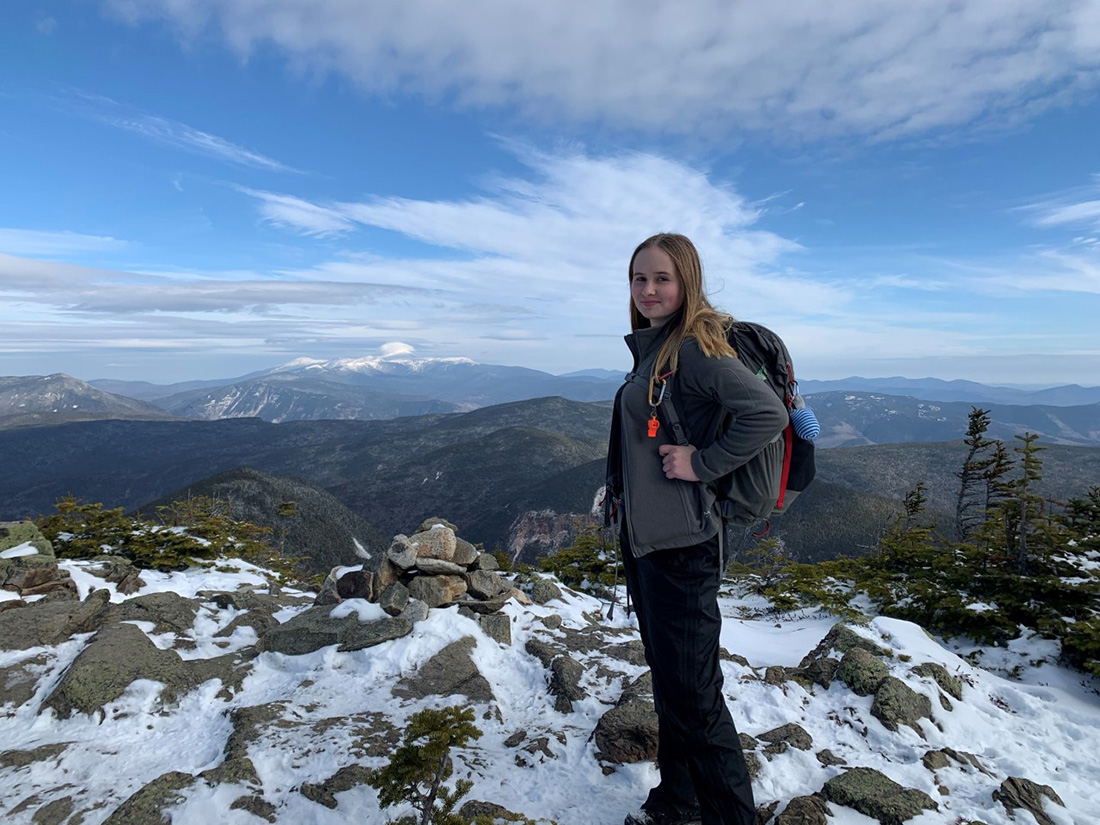 ALEX HERR was just 5 years old when she embarked on her first hike and attempted to climb the 4,006-foot Mount Tecumseh in New Hampshire with her mother.

“The snow was deeper than expected, and we had to turn around,” she recalls. Bigger hiking adventures followed. Herr tackled the Camino de Santiago trail in Spain at 10, and the John Muir Trail in California a year later. Now 17, she is nearly finished hiking all 48 of New Hampshire 4,000-plus-foot peaks in every month of the year, a total of 576 summits.

Over the past few years, she’s channeled her enthusiasm for the outdoors into a project she created for fellow Girl Scouts in the White Mountains of New Hampshire. Called 13 Before 13, it’s a primer for beginning hikers, with a list of 13 easy-to-difficult walks that pre-teens can complete with their families. Featuring a website, a Facebook page and a patch she designed herself, the initiative earned Herr the Gold Award, Girl Scout’s highest honor.

Girl Scouts approved the list in November 2019, and already several New Hampshire troops are tackling the hikes, and parents of younger children say they plan to make the list a family project.

“Planting trees is so important,” Herr says. “It’s a great response to tragedies, like wildfires, which are so damaging and cause suffering for people and animals. It makes you want to focus on preserving the forests we have left.”

Herr built 13 Before 13 to encourage that conservation ethic and get young people outdoors. The guide highlights some of her favorite hikes, including Bald Mountain in Franconia Notch.

“It’s very small and short but fun, with lots of rock scrambles and pretty views,” Herr says. “And the trees are gorgeous in every season.”