By Jad Daley and Eric Sprague 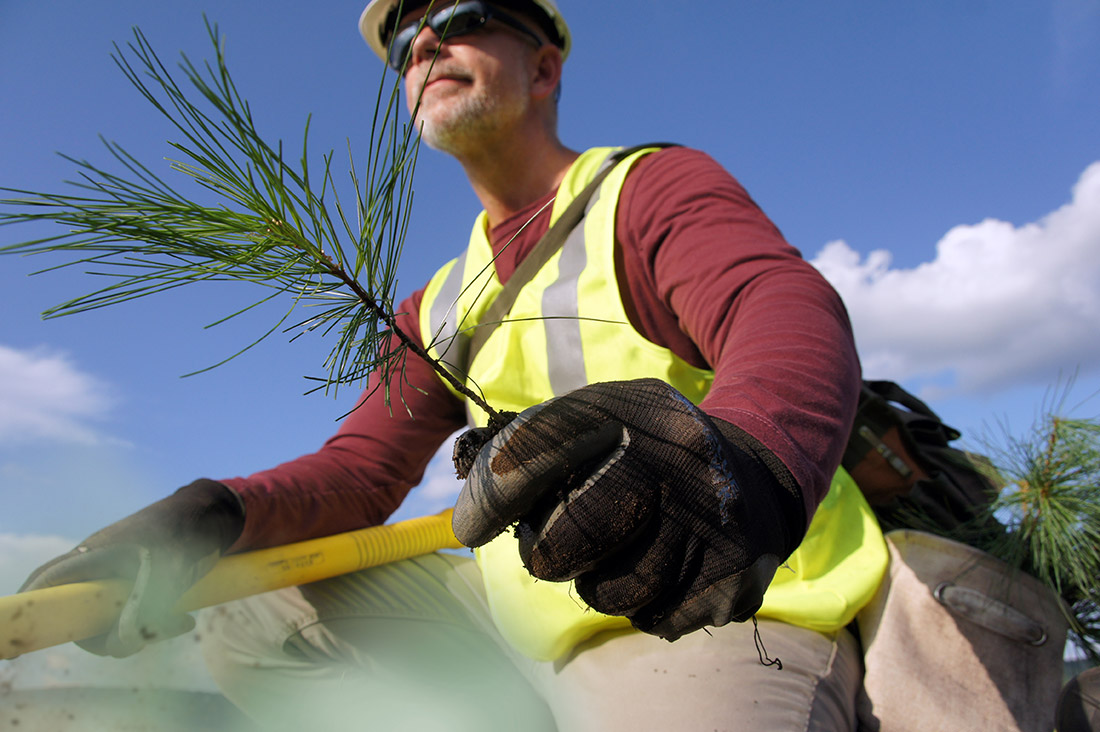 PICK UP A NEWSPAPER OR GO ONLINE, and you are likely to see something about the power of trees and the need to plant more of them. From studies showing the potential of trees to slow climate change to massive national tree planting commitments in countries like Ethiopia, the most traditional work of American Forests — planting trees — has once again come to the fore in ways we have not seen in decades. That’s why we are advancing a new campaign to “Reforest America” by planting billions of trees. By leveraging existing and new resources from local, state and federal government and nonprofit groups across the county, we will be able to harness the many natural benefits that trees provide.

American Forests was founded by a passionate advocate for tree planting, John Ashton Warder. Since the first Arbor Day, convened by our organization in 1882, the simple power of planting more trees has provided a centering strategy — one way we can always advance America’s forests.

Throughout this proud history, we have seen peak moments when our tree planting work took on new meaning, like in the 1930s. The establishment of the Civilian Conservation Corp (CCC) in 1933, a key component of President Franklin D. Roosevelt’s “New Deal”, was sparked by American Forests’ successful tree planting initiatives to aid recovery from World War I. CCC workers planted 3 billion trees to heal degraded landscapes and create employment for 3 million people. We are proud to have the pen in American Forests’ office that President Roosevelt used to sign the CCC bill, a testament to our central role.

We have once again reached such a moment in our history when servant leadership is needed from American Forests to advance tree planting at the scale of that original New Deal. Climate change is killing forests with alarming speed, leaving more and more forests devastated by drought, pests, fire and storms. Communities are running out of water. A global biodiversity crisis is spinning out of control. Many rural communities remain mired in economic difficulty, looking for a pathway to spark sustainable local jobs.

Planting more forests can help address all of these issues and more, if we can ramp up this work to match these historic challenges. Only a national commitment denominated in billions of trees will deliver the change that is needed.

Here is the scoop on why now, and how American Forests will lead this movement with a combination of scientific innovation, landscape-scale tree planting, and public policy.

A Dangerous Climate for Forests 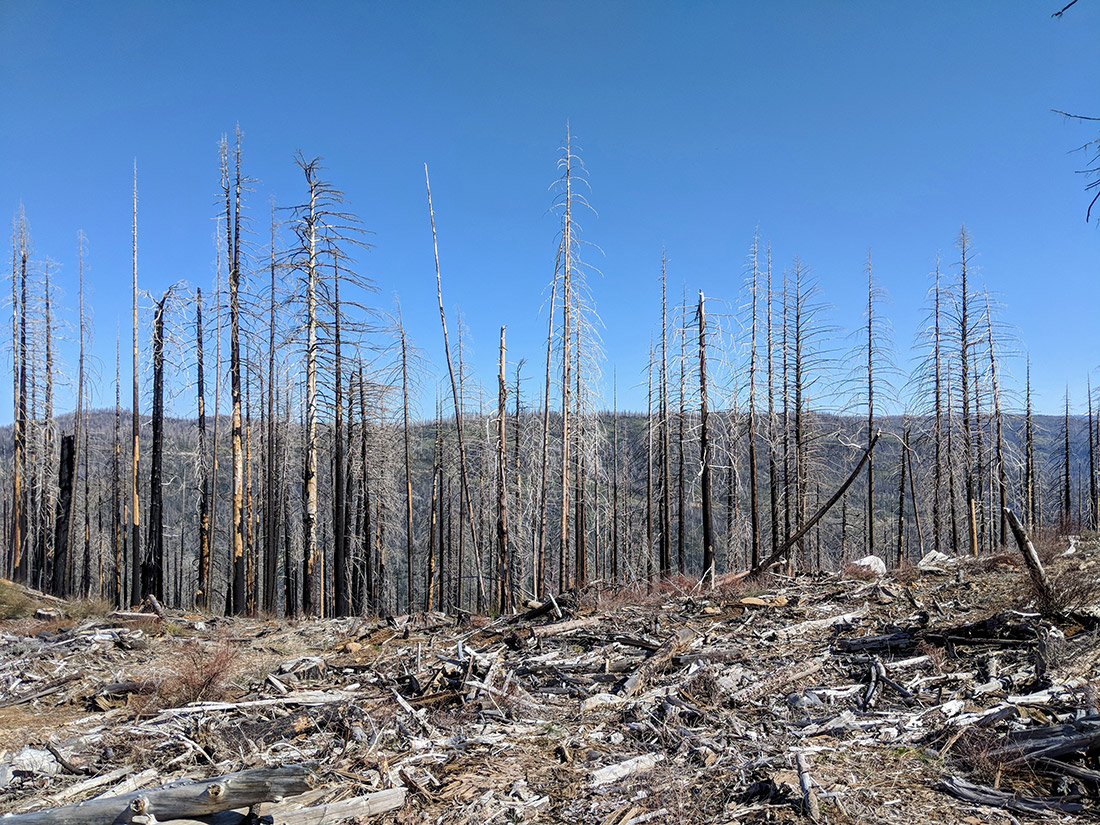 America’s forests are facing a rising set of unprecedented threats from climate change, including rising temperatures, increased and prolonged drought, extreme weather events, and larger and more severe wildfires. The combined effects of these threats — along with the increasing incidence of pests and pathogens, decades of fire suppression and other management decisions, and land use change including development — are causing widespread declines in forest health.

Forests have evolved with many of these natural disturbances and have developed strategies for naturally regrowing afterwards. For example, some trees, like longleaf pine, white oak and lodgepole pine, rely on periodic, natural fire to create space for their seeds and reduce competition with other vegetation. In fact, lodgepole pine cones stay closed and don’t release seed until they are exposed to high temperatures.

Yet, the extent and severity of these disturbances throughout the country are now diminishing the ability of forests to naturally regrow or re-establish. In the Southern Sierra Nevada, conditions are such that without forest restoration the region’s iconic mixed conifer forests could convert permanently to grassland and chaparral in the next 10 years.

Severe and large wildfires, particularly in the Western United States, have been one of the most visible threats to our forests.

Drier weather, overly dense forests and large amounts of dead trees have created conditions that are fueling larger and larger fires. Since 2000, at least 10 states have had their largest fires on record. Eastern forests are less likely to experience conditions as stark as these, but the National Climate Assessment predicts that drought and high temperatures will increase fire risk in the Southeastern United States as well. 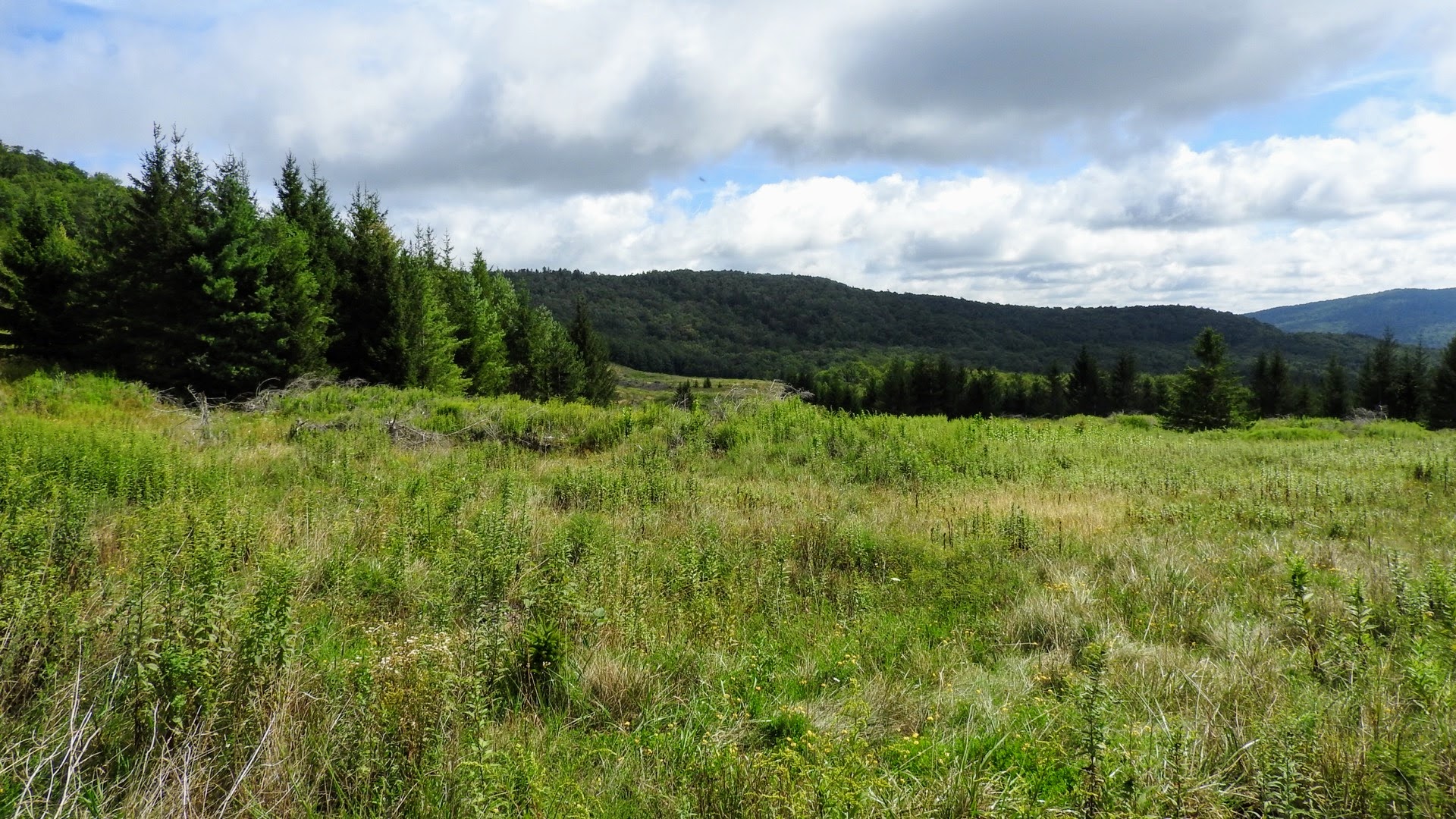 Pests and diseases have also become a significant threat to forest health. Some of these threats, like the white pine blister rust, were introduced from other regions in the world, but others, like bark beetle, are native components of American forests. Due to the white pine blister rust, the whitebark pine is in danger of extinction and is currently a candidate for the Endangered Species List. A recent study found that there are more standing dead whitebark pines than living trees across its range.

Over the last 20 years, bark beetle caused tree mortality in more than 3.4 million acres of Colorado forests. Climate change fueled outbreaks of the beetle throughout the West as longer periods of warm summer weather allowed for multiple breeding seasons and warmer winters diminished winter die offs. Across the United States, around 7 percent of total forest cover is at risk to mortality from pests and disease.

Millions of acres of forest in the United States have been lost to human uses including development, agriculture and mining. In Appalachia, there are more than 1 million acres of former surface mines that have been reclaimed to shrub, pasture or barren land. While the sites have been reclaimed, the resulting land has compacted, rocky soils and is often covered with non-native grasses and trees. These landscapes are so inhospitable that they are stuck in their current form and do not naturally regrow into native forests.

How We Can Reforest America 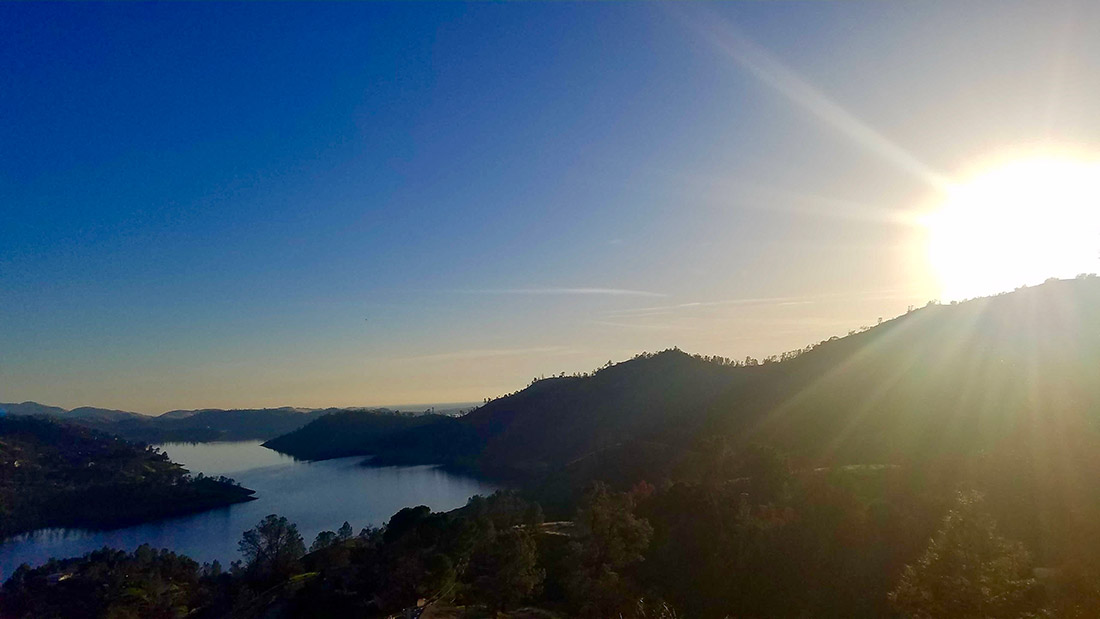 The good news is we can reforest disturbed and stressed forestland and, therefore, enhance their natural benefits. The scale and complexity of America’s forest health issues will require an “all of the above” approach that includes practices like thinning overly dense forests to lower the risk of mega fires and reforesting areas that are not naturally regrowing.

Reforestation helps native trees grow more quickly, and it jump-starts the production of forest benefits like carbon sequestration. Forests and wood products in the U.S. already capture almost 15 percent of our carbon emissions from burning fossil fuels each year. New research shows that we could almost double this if we can take action to keep our forests healthy in a changing climate and dramatically expand forests with tree planting. Meeting our goal of planting 4 billion trees will sequester more than 13 billion metric tons of carbon dioxide equivalent by the end of the century.

The benefit of planting more forests goes well beyond just climate change. Healthy forests and more forests address other essential needs for our country like clean air and clean water. For example, more than half of our drinking water is collected and filtered by our forests, like a green sponge, but this critical service to people is put at risk when forests are lost to things like wildfire. Investing in forests is also great for creating jobs where they are needed most, because much of the work that needs to be done is in economically struggling rural areas and city neighborhoods.

We also face a frightening loss of biodiversity across the world, and restoring forests where they are being lost is the key to reverse this trend for endangered species, like the ocelot. After 20 years of hard work, one of our reforestation efforts in Michigan has helped to bring the Kirtland’s warbler, an endangered species once considered all but lost, all the way back to a sustainable population. The bird is set to be the first songbird delisted from the Endangered Species List. When you add it all up, creating more forests and healthier forests provides the answer to an incredible number of issues in our country.

Let’s Get to Work! 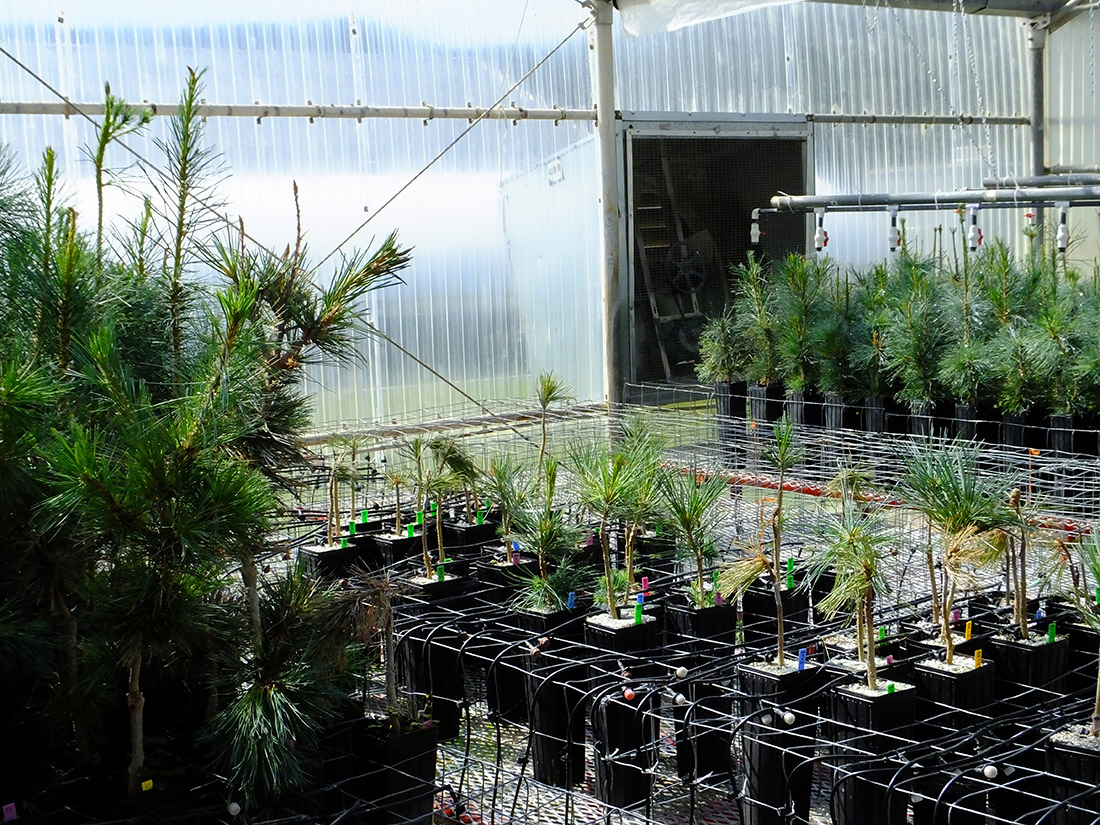 American Forests has been working with partners to develop reforestation designs that can cope with the challenges posed by climate change across the country. In the Lower Rio Grande Valley in Texas, we are partnering with conservation groups and the U.S. Fish and Wildlife Service to develop a drought resilience strategy for the nationally unique Tamaulipan thornscrub forests. In the Northern Rockies, we are partnering with federal agencies and the Whitebark Pine Ecosystem Foundation to develop a range-wide restoration strategy that includes climate adaptation. In California, we are engaging with partners, including the Northern Institute of Applied Climate Science, to develop climate adaptation strategies for forests in the Sierra Nevada and southern mountain ranges.

A common thread throughout these landscape- scale restoration efforts is the importance of broad-scale partnerships. Planting billions of trees across America will take a massive collaborative effort among corporations, foundations, agencies and other restoration partners. But, the payoff will be equally massive for our climate, water, wildlife and community goals.