For more than a century, American Forests has worked for the protection and restoration of some our nation’s — even the world’s — most beautiful places. Forests entrance people from all walks of life, and though it would be hard to select the “best” or “most amazing,” some forests simply take your breath away. Tongass National Forest in Alaska is one of these places. Referred to as the crown jewel of the national forest system, Tongass has numerous qualities to tout. It is the largest national forest, covering more than 17 million acres. It also possesses the biggest reserve of coastal temperate rainforest in the world, which is the rarest and most valuable type of forest. There are 19 designated wilderness areas within the forest, more than any other national forest. And this is only the beginning.

Regrettably, with magnificence comes exploitation; Tongass has a history of controversy. 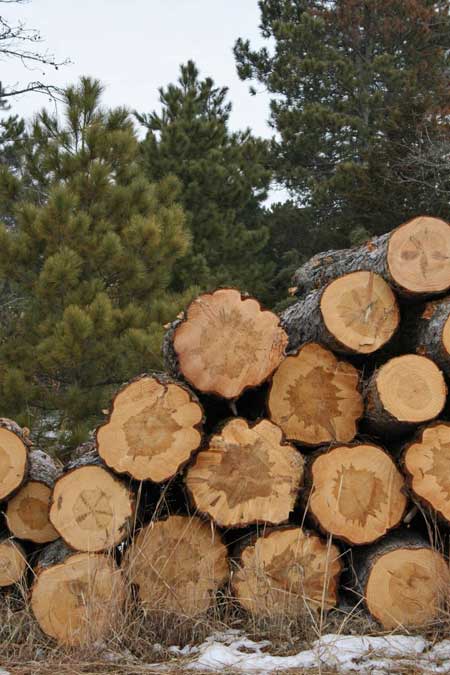 In 1971, the Alaska Native Claims Settlement Act (ANCSA) authorized native local and regional corporations to select and receive title to a combined 44 million acres of public land in Alaska. ANCSA was intended to resolve the long-standing issues surrounding aboriginal land claims in Alaska, an important and necessary resolution. However, the recently introduced Southeast Alaska Native Land Entitlement Finalization and Jobs Protection Acts (S. 730 and H.R. 1408) would re-open the ANCSA agreement, allowing Sealaska Corporation, a native Alaskan company, to select and receive titles to publicly owned lands — administered by the U.S. Forest Service — not included in the original agreement.

This legislation would allocate 65,000 acres of protected public land within Tongass to Sealaska for logging and development. These acres are considered valuable public lands and contain a large quantity of very-large-tree, old-growth forests. A report by Audubon Alaska estimates that the small and scattered parcels selected by Sealaska would increase the company’s ownership of very-large-tree, old-growth areas by twelvefold.

While these large-tree stands only account for 1.6 percent of the productive old growth in Tongass, the Alaskan timber industry has a history of focusing its logging on the largest and most valuable old-growth trees of Tongass, and old-growth areas represent up to 27 percent of the lands Sealaska has selected. Though the Tongass Timber Reform Act of 1989 eliminated the practice of high-grading — the disproportionate logging, relative to occurrence, of the largest and most valuable trees — the land selected in this legislation indicates a threat of a return to the practice. It is estimated that more than half of the large-tree, old-growth areas have been logged in Tongass, and with this legislation, Sealaska could log almost 17 percent of the remaining stands.

American Forests is recognized for its balanced approach to forest issues. We appreciate the need for protecting forests, but also for harvesting trees for wood products. We want increased access for recreational purposes, but also untouched wilderness areas. Achieving and maintaining this balance is often like walking a tight rope, moving too far to one side alters the equilibrium of everything else.

Weighing these competing interests is what determines how we can manage our public lands’ natural resources. Being the home of the majority of America’s remaining old-growth forests, which hold more organic matter per acre than any other forest, including tropical rainforests, the scale clearly tips towards Tongass’ preservation. As Tongass has always been a place where people and wilderness co-exist, the Southeast Alaska communities are dependent on the health and abundance of this forest to sustain their livelihoods and cultures. America’s most precious and endangered forests are far more valuable standing than cut down.

As President Theodore Roosevelt once said, “To exist as a Nation, to prosper as a State and to live as a people, we must have trees.” Though Tongass may not be in your backyard, it is unquestionably a national treasure that must be protected. Please join American Forests by sending a letter to Congress requesting a more balanced approach to the management of one of the most remarkable places on Earth. Visit our Action Center to find a letter written by American Forests about the Tongass situation that you can attach your name to and send to Congress with our easy-to-use form.

For more on Tongass National Forest, read the feature “Transition for Tongass.”