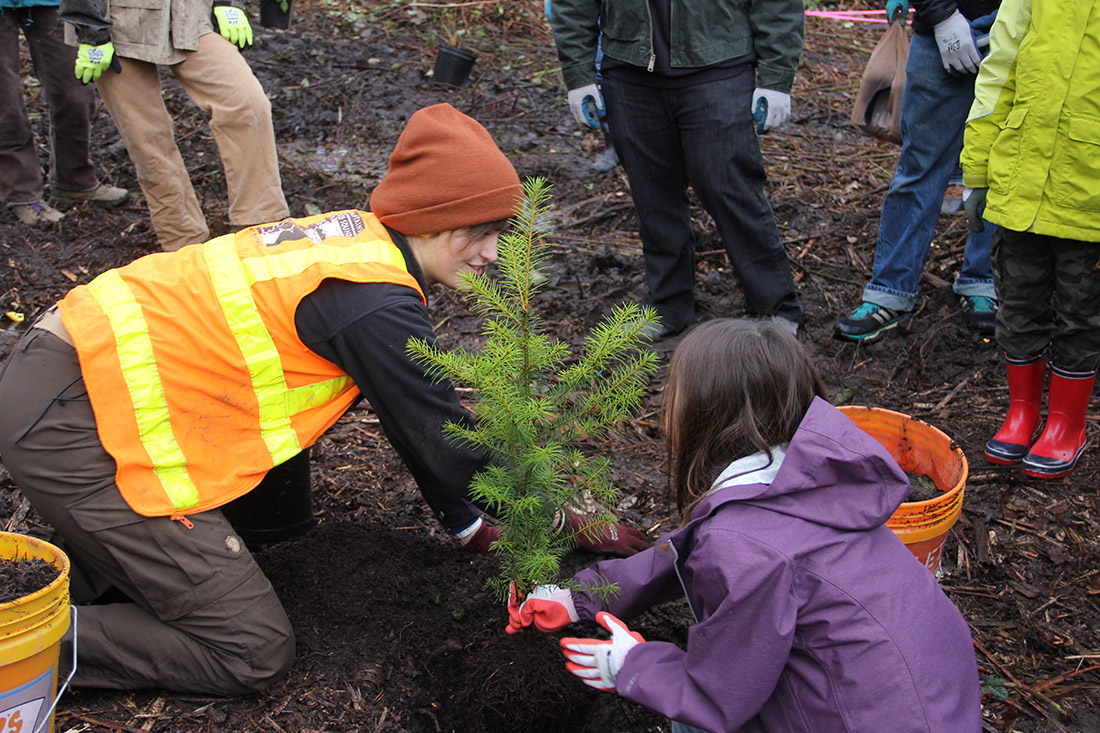 IT PROBABLY wouldn’t come as a surprise to many that the biggest hurdle the field of urban forestry faces is funding. We have gotten quite good at developing elaborate data and master plans. But if there’s not sufficient funding to implement them, it’s all for naught, and the cycle must begin again.

That’s why American Forests has helped develop a new finance mechanism called City Forest Credits. An- other formidable arrow in the quiver to reverse tree loss in cities and ensure equitable distribution so benefits reach all residents and businesses, its purpose is to engage the private sector in funding the planting and preservation of city trees nationwide.

The Seattle-based nonprofit City Forest Credits facilitates the sale of “carbon+” credits specifically designed for the unique dynamics of an urban forest. Scientist Dr. Greg McPherson developed these credits to include not only a metric ton of CO2 like a traditional carbon credit, but also quantification of stormwater runoff reduction in cubic meters, reductions in air pollutants, and energy savings. There are also less quantifiable community and public visibility benefits that have value for corporate buyers. American Forests has been working closely with City Forest Credits for the past few years to develop the protocols, launch the registry and, now with support from the Doris Duke Charitable Foundation, bring this exciting new urban forestry finance mechanism to scale.

That site had long been inaccessible to the public due to blackberries and other overgrown invasive plants. The site is adjacent to a subsidized public housing facility, so restoring and replanting the site contributes to social equity and environmental justice. This planting was the beginning of a long-term project that will clear out invasive plants to restore public access and eventually plant 2,000 trees on the site.

The Ballinger Open Space site is projected to deliver the following quantified benefits over the next 50 years:

“This Shoreline project is a great example of bringing private funding into a public project,” says Mark McPherson, executive director of City Forest Credits. “The City of Shoreline, the Greenway Trust, American Forests and Bank of America all deserve recognition for their work to pioneer this new opportunity. Everyone benefits, from the nearby residents at the Ballinger Homes, to the neighborhood, to the City of Shoreline’s budget for managing critical urban forests.”