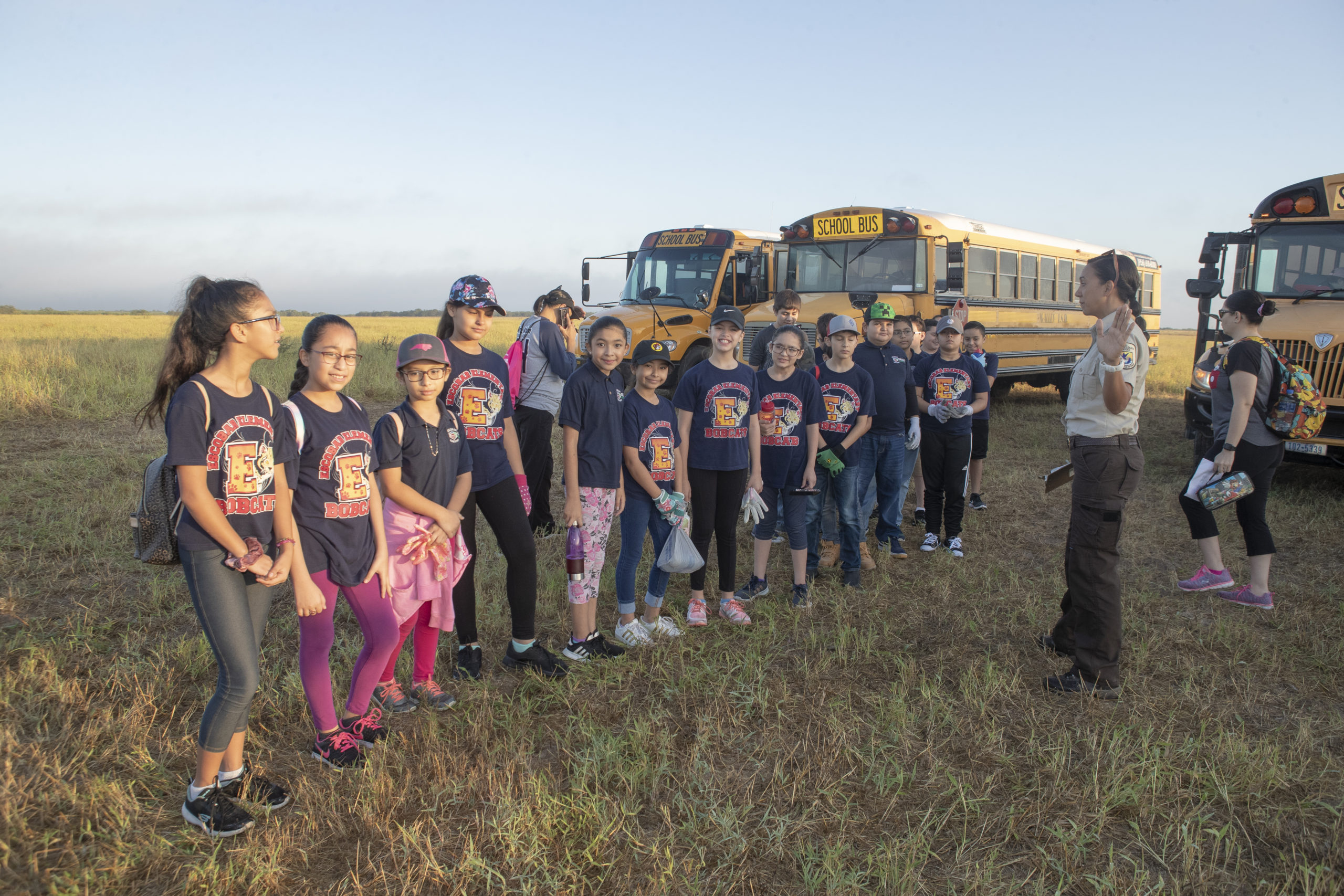 ONE BY ONE, hundreds of grade school children stepped out of the school buses that had just rolled down the dirt road to La Sal del Rey. They were ready for — and excited about — a day of planting trees in the Lower Rio Grande Valley of Texas on a sunny day in October.

It was the 26th annual Rio Reforestation, a now four-day event that attracts nearly 1,500 people — all of whom are committed to creating a forest that will serve as a place where the ocelot and other rare and threatened wildlife can find food, shelter and mates.

Through this U.S. Fish and Wildlife Service-led event, nearly 292,000 trees and shrubs have been planted on 783 acres of land over the years. Approximately 12,000 additional trees and shrubs went into the ground last fall, thanks to the hard work of the school children, American Forests staff and others from the community. Baby-bonnet. Torchwood. Snake eyes. These are just some of the colorful names for the sub- tropical trees and shrubs they planted.

Together, these volunteers are recreating the thornscrub forest that used to dominate the landscape in the Valley, as locals call it, which lies just north of the United States’ border with Mexico. The landscape started changing — to large ranches and associated livestock businesses — in the mid-1800s.

In the early 1900s, farm development promoters then singled out the region for intensified production. From then on, the region’s future became inextricably linked to irrigated agriculture. This led to the Valley being transformed wholesale into a network of fields and canals. Similar scenarios were also playing out in the western U.S.

By the 1970s, 90 percent of the Valley’s thornscrub forest was gone, replaced with citrus and row crops. Consequently, many populations of wildlife became isolated in forest fragments while others, like the jaguar, were lost.

The 1994 enactment of the North American Free Trade Agreement forever changed the Valley’s fortunes once again. The resulting trade increase with Mexico, the rise of a strong service sector, and continued immigration catalyzed an urbanization trend that has come to dominate the region on every level. Working landscapes themselves are now quickly being displaced in favor of residential development and associated infrastructure.

More recently, additional challenges to wildlife conservation have come in the form of physical barriers erected right along the Rio Grande itself to discourage illegal immigration. These “border wall” segments discourage species dispersal and effectively isolate many protected areas even further in what has become “no-man’s land” — the zone between the wall and river.

American Forests has provided funding and technical assistance to plant 2 million trees in the Valley and, currently, is leading the development of a comprehensive restoration plan there.

Through events like Rio Reforestation, which American Forests sponsors, members of this expanding community are empowered to play their part in restoring the forest. The mosaic of Rio Reforestation plantings and associated biodiversity are an interwoven testament to both the Valley’s people and American Forests’ commitment to developing a strong partnership with them on this unique frontera.

Read about the diverse group of partners working to restore thornscrub forest in the Lower Rio Grande Valley of Texas.