Home/Offshoots: A Burning Question for Our Forests
FacebookTwitterEmail 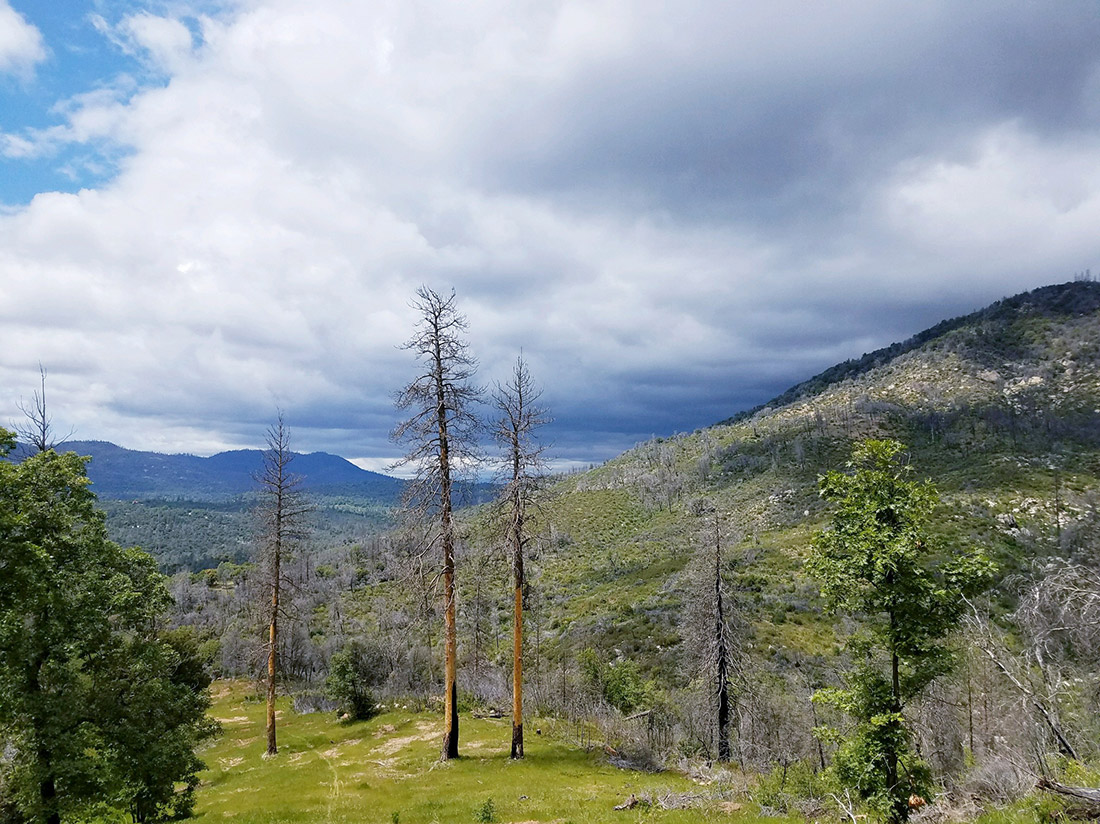 IMAGINE WAKING UP ONE DAY and finding your neighborhood covered in an impenetrable smoke so thick that it is literally “off the charts” for the federal air quality index, even though no fire is burning in your community.

Imagine running around your home and shaking your family members awake because a wildfire is suddenly raging toward your neighborhood, a place that had not seen that kind of fire in generations.

Imagine walking a mountain ridge, carrying heavy equipment and sweating in protective clothing while trying to clear a firebreak — all while uncertain if the fire might jump a ridge and take your life.

While many Americans have never had these experiences, especially Easterners, these kinds of stories are becoming shockingly familiar. When I travel in the West, many of the people I meet have personal stories that connect them to wildfire, sometimes in new and unwelcome ways.

At American Forests, we are challenging ourselves to step into the spaces where our forests and our country need us the most. Wildfire is high on this list. Just consider:

So, what can American Forests do to help?

American Forests has long played a role in wildfire recovery by planting trees. For example, wildfire is the single largest driver of reforestation need on our national forests, leading to many of the partnership projects where American Forests has helped to bring forests back to life with tree planting.

But recovery from wildfire is only half of the story. How can American Forests and others help to prevent more catastrophic wildfires from occurring in our rapidly warming climate? In some places, we need to subtract trees from forests instead of planting them.

California’s forests are a great example. California has many areas of forest where the current density of trees is too great for the water that is available in a drying climate, and leaves these forests vulnerable to pest infestations.

Under the leadership of our new California State Director, Brittany Dyer, American Forests has launched a new partnership with the U.S. Forest Service and the State of California to advance a mixture of forest thinning and replanting in California’s hardest hit area for tree mortality — the Southern Sierra Nevada mountains.

Using the “Adaptive Silviculture for Climate Change Framework” developed by U.S. Forest Service researchers, we are establishing side-by-side forest treatments that will test different ways we might need to alter forest structure in this landscape to withstand relentless drought, pest infestations and wildfire. Instead of just repeating traditional forestry techniques that are no longer working, we are helping to test new approaches so we can learn how to create truly climate-resilient forests for the future.

We are matching these on-the-ground efforts with leadership on wildfire policy. In 2018, we celebrated long-awaited bipartisan action to enact a “Wildfire Funding Fix” for the U.S. For- est Service. This will provide desperately needed additional funding to not only fight wildfires, but also to accelerate the kind of preventative restoration treatments that American Forests is helping to deliver in the Southern Sierras.

We have even bigger policy goals that match the scale of the problem. This Spring, our allies in the U.S. Congress introduced far-reaching legislation, developed with American Forests’ assistance, which would provide billions of dollars in new funding to restore forest resilience. This legislation would also dramatically increase the pace and scale of replanting forests lost to wildfire and other causes, planting as many as 3 billion trees over a decade.

This is a pivotal moment in the history of America’s forests, and we are doing our best to match the scale and ambition of our actions to the challenges we face. The forest health crisis, fueled by climate change, will provide the organizing principle for much of our future work. Thank you for being a partner with us in creating resilient forests for the future.