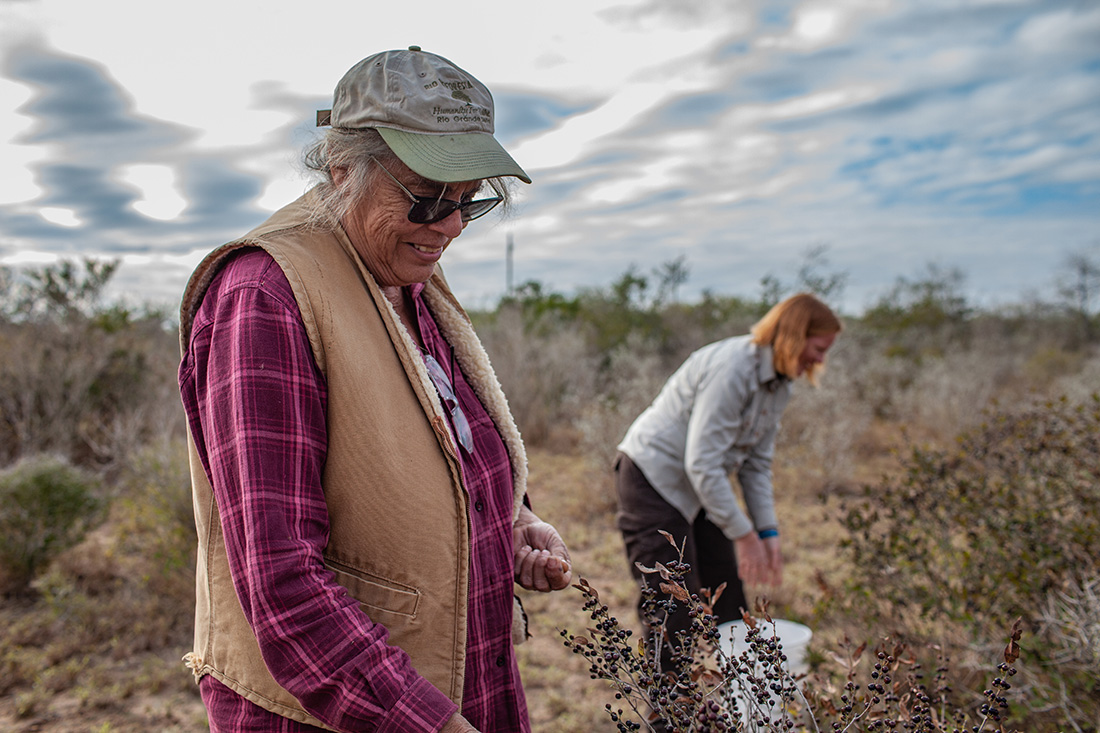 Betty Perez runs a ranch in La Joya, Texas, that has been in her family for generations. She is helping restore wild areas of the Lower Rio Grande Valley. Here, Perez and Kim Wahl- Villarreal, formerly with the U.S. Fish and Wildlife Service in the Valley, are picking seeds on the Perez Ranch. Credit: James Foguth / American Forests.

IN TEXAS’S LOWER RIO GRANDE VALLEY, Betty Perez leans over a tender catclaw acacia in the nursery on her family’s cattle ranch. She’s pleased with the progress of the native plant that she’s growing to help restore her generational family land. The ranch’s future is increasingly threatened by the shifts in temperature and rainfall brought on by climate change.

“It doesn’t bring a lot of money, but it brings a lot of gratification,” she says, referring to her revegetation work. She learned how to grow and plant these native species during her time with Friends of the Wildlife Corridor, a nonprofit group dedicated to protecting and restoring the Santa Ana and Lower Rio Grande Valley National Wildlife Refuges. She was previously the organization’s president and now serves as a board member.

Perez studied botany at the University of Texas before returning to reclaim this piece of family heritage and “to get to know the land,” as she puts it. She sells her native plants, such as yucca, catclaw acacia and wolfberry, to the United States Fish and Wildlife Service (USFWS), which uses them to restore swaths of farmland back to this dynamic, but threatened, native habitat.

Less than 10% of the Rio Grande Valley’s native forest ecosystem, Tamaulipan thornforest, remains. Many of Perez’s neighbors have completely removed this habitat from their land, and there are huge pressures to sell what remains to developers who want to put in subdivisions — the most lucrative option. There’s also a movement to industrialize the nearby Gulf Coast to mine liquefied natural gas. And beyond these threats to the native habitat, there is the looming challenge of climate change.

The upshot of all of this? Many native animals dependent on these forests will eventually run out of space and resources. There also won’t be enough trees to help purify the air people in the Valley breathe and the water they drink. Flood risks will be higher. And a major part of the Valley’s natural heritage will be lost.

To address this situation, American Forests founded the Thornforest Conservation Partnership in 2018 to bring together communities, researchers, industry representatives, agencies and private landowners — like Perez. The group develops science-based plans and goals for conserving the region’s thornforest ecosystem in places that make the most sense for both wildlife and people. Reforesting public land is a major component, and Perez and other local nursery owners provide trees for that effort.

The hope is to preserve this unique corner of the U.S., which supports 1,200 plant species, 300 butterflies and more than 700 vertebrates, including the endangered ocelot.

Nearly all “of the original habitat is gone, and yet this is a very biodiverse area, an important area,” Perez notes. One reason it’s important is that several flyways for bird and butterfly migration traverse the Valley, which sits between wintering zones in Central and South America and summer homes in the U.S. and Canada.

Perez is concerned by the pressures the area faces, but she sees many of her neighbors starting to make changes in their land management practices due to a growing awareness of environmental issues and concern with the effects of climate change.

“They’re not clearing the whole land,” she says. “A lot of them are doing really good work.” 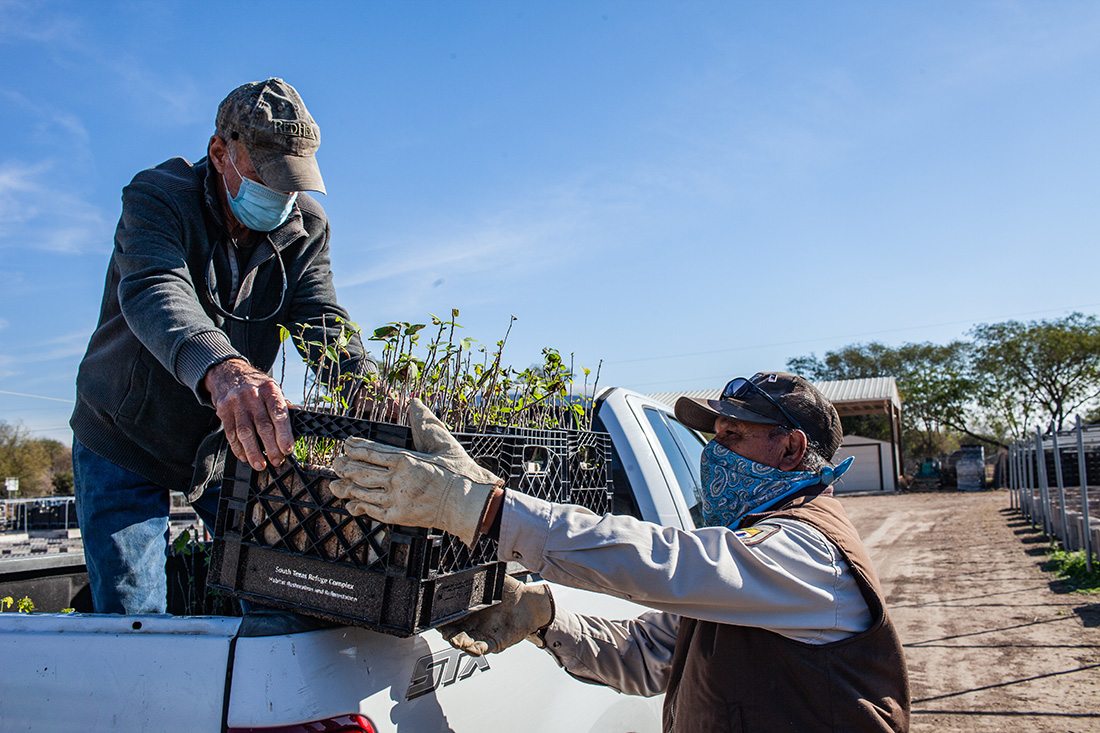 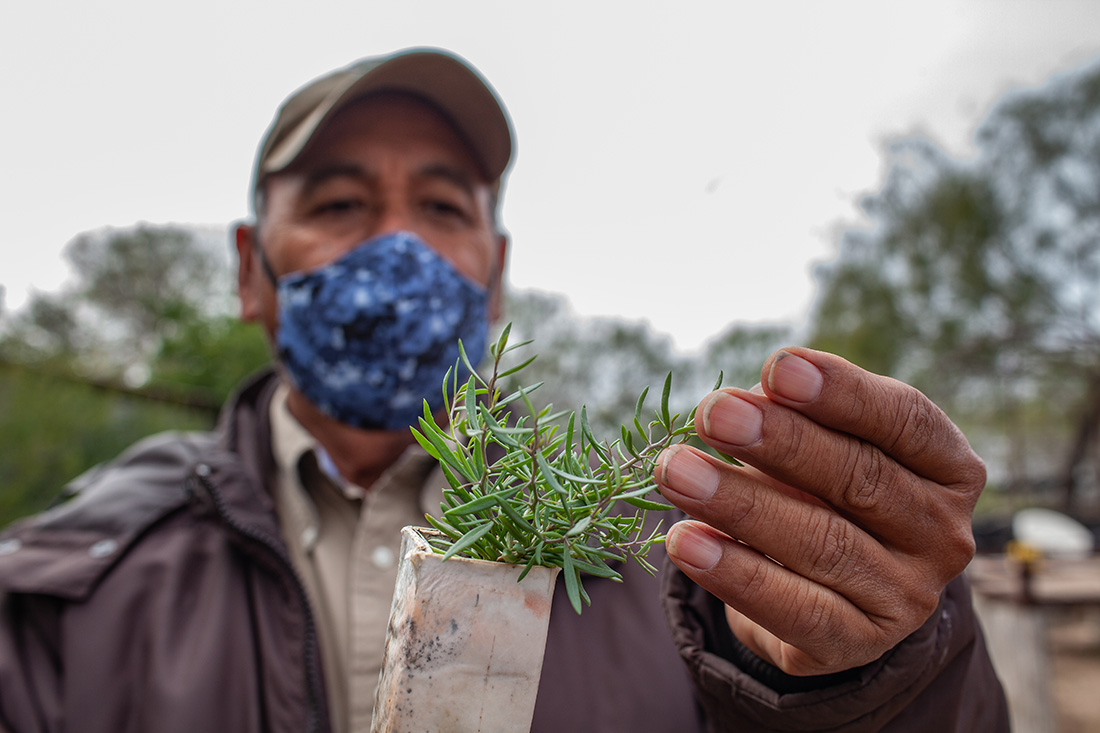 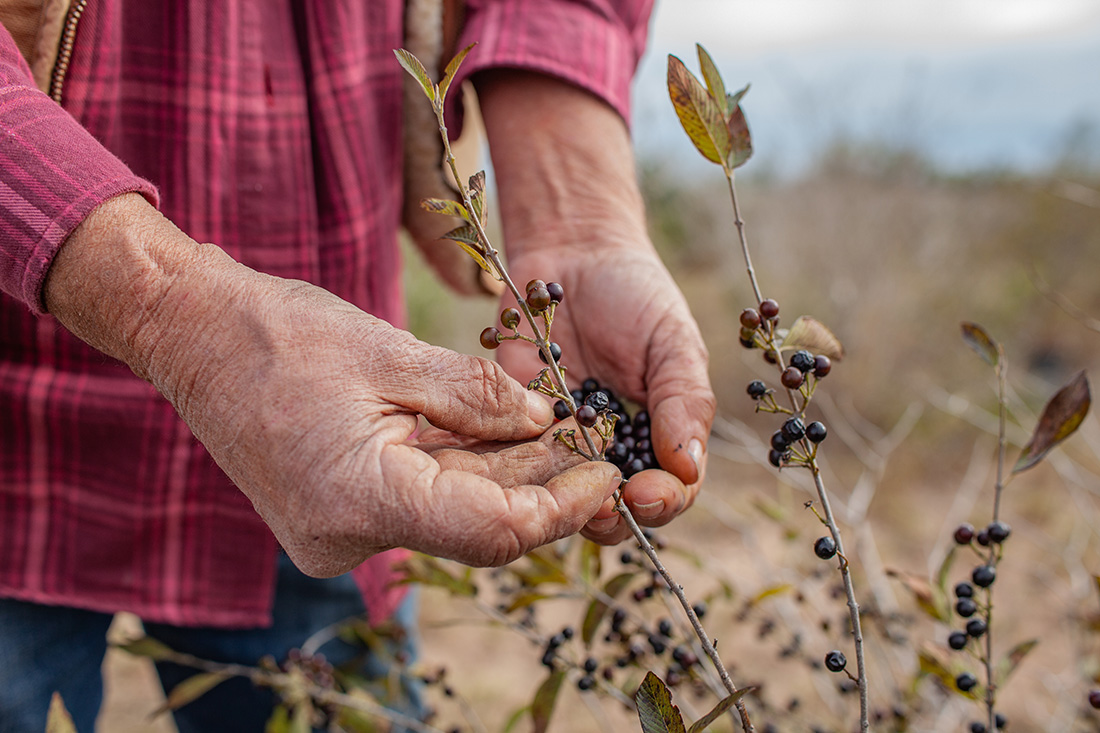 Collecting seeds of native species is the first step in propagating trees
that will restore the threatened habitats in this area. Credit: James Foguth / American Forests. 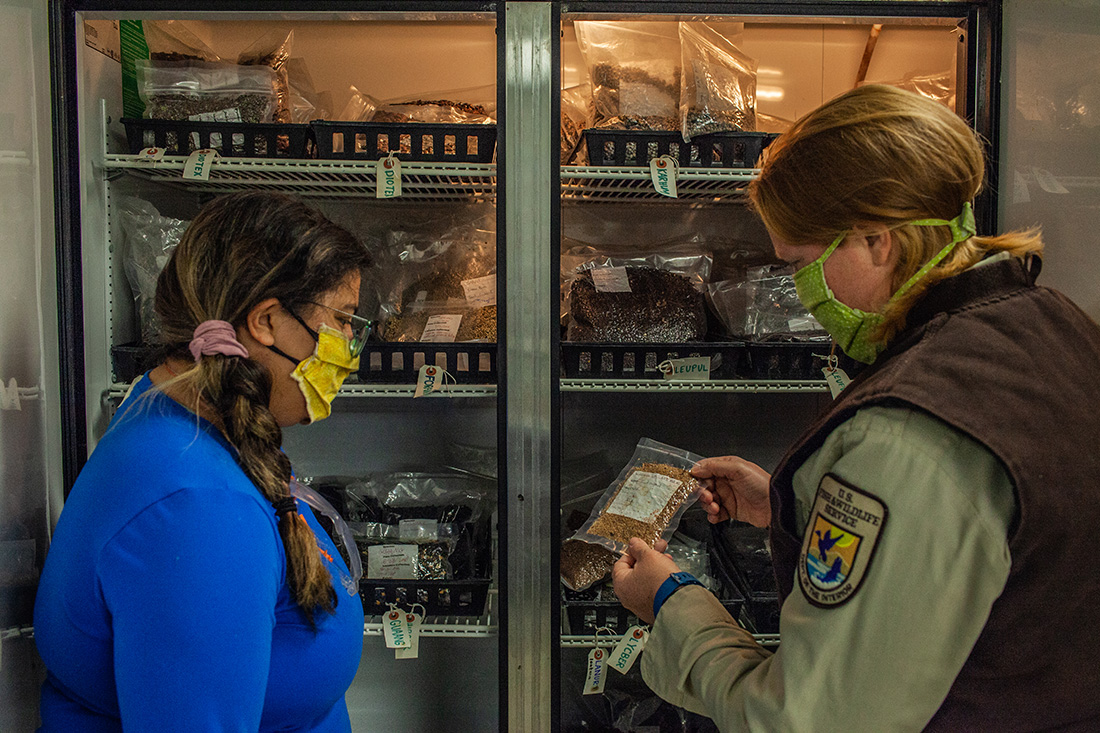 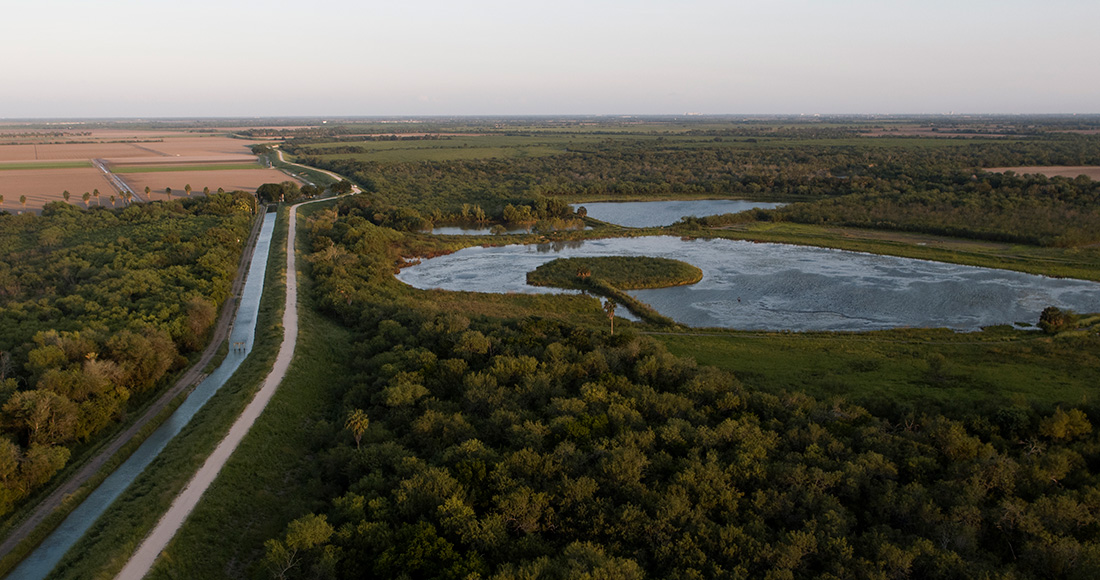 This photo of Santa Ana National Wildlife Refuge clearly depicts how thornforest habitat has to compete with other land uses like farming and shows the value of protected lands in providing water resources and forest cover for wildlife — needs that will be magnified under climate change scenarios for the region. Credit: Givewith. 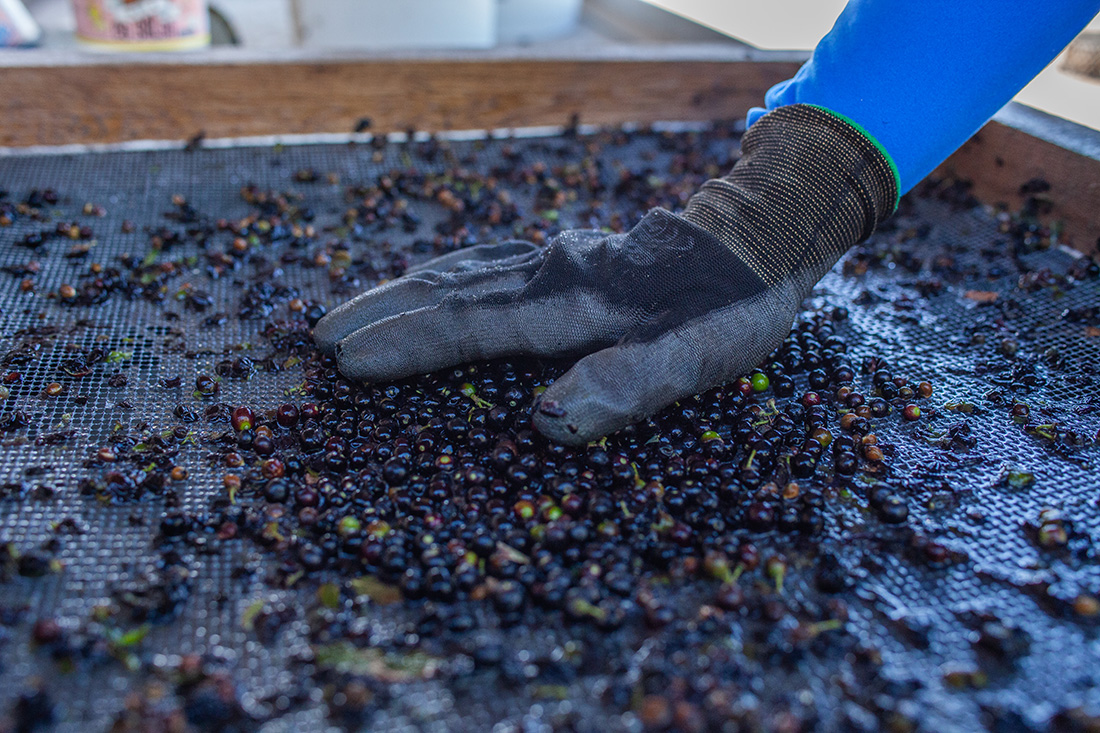 Gonzalez dries seeds at a USFWS site. Young people do much of the on-the-ground conservation work for this project. Credit: James Foguth / American Forests. 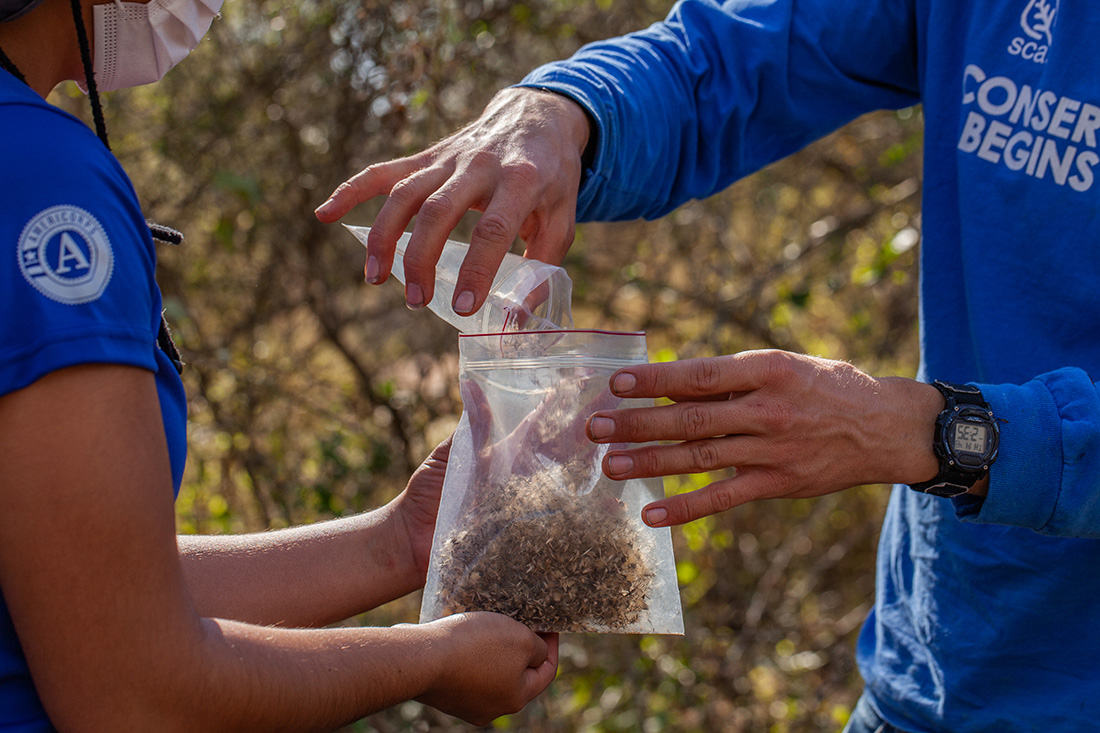 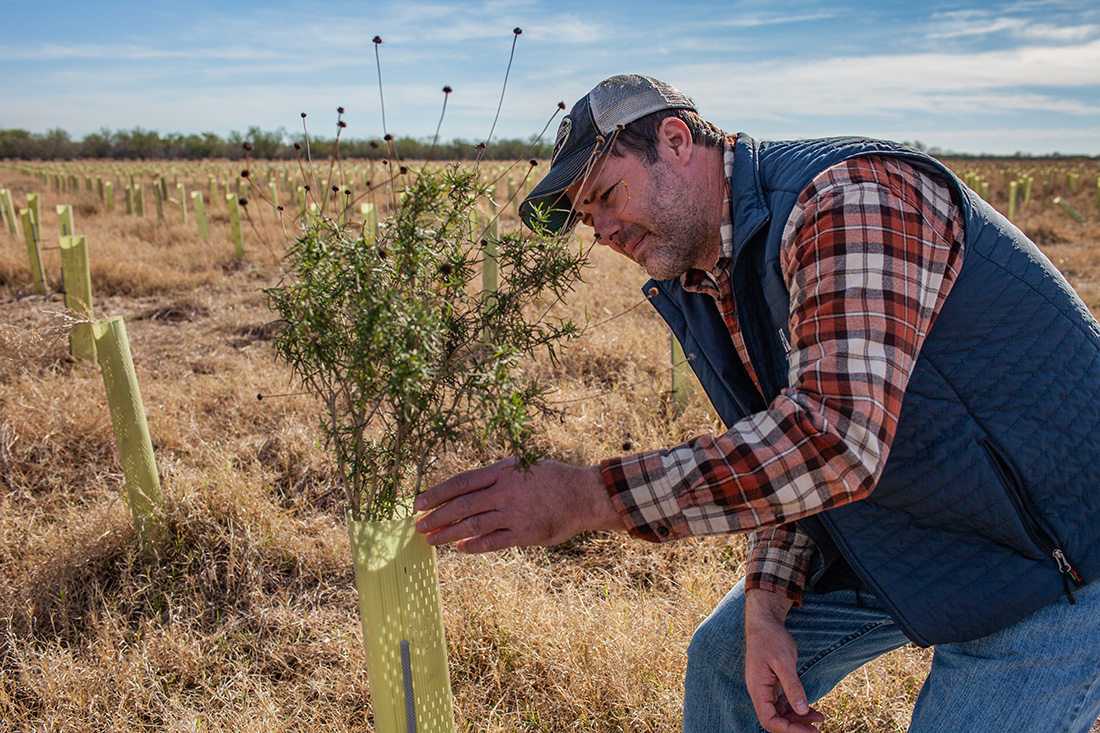 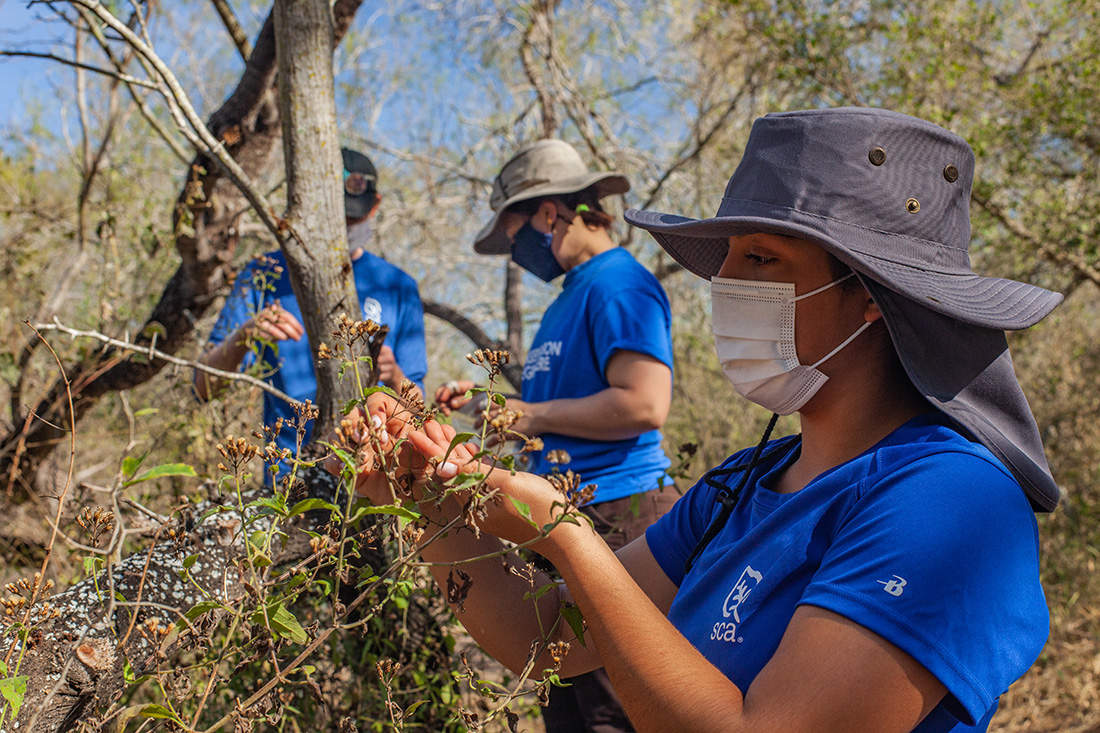 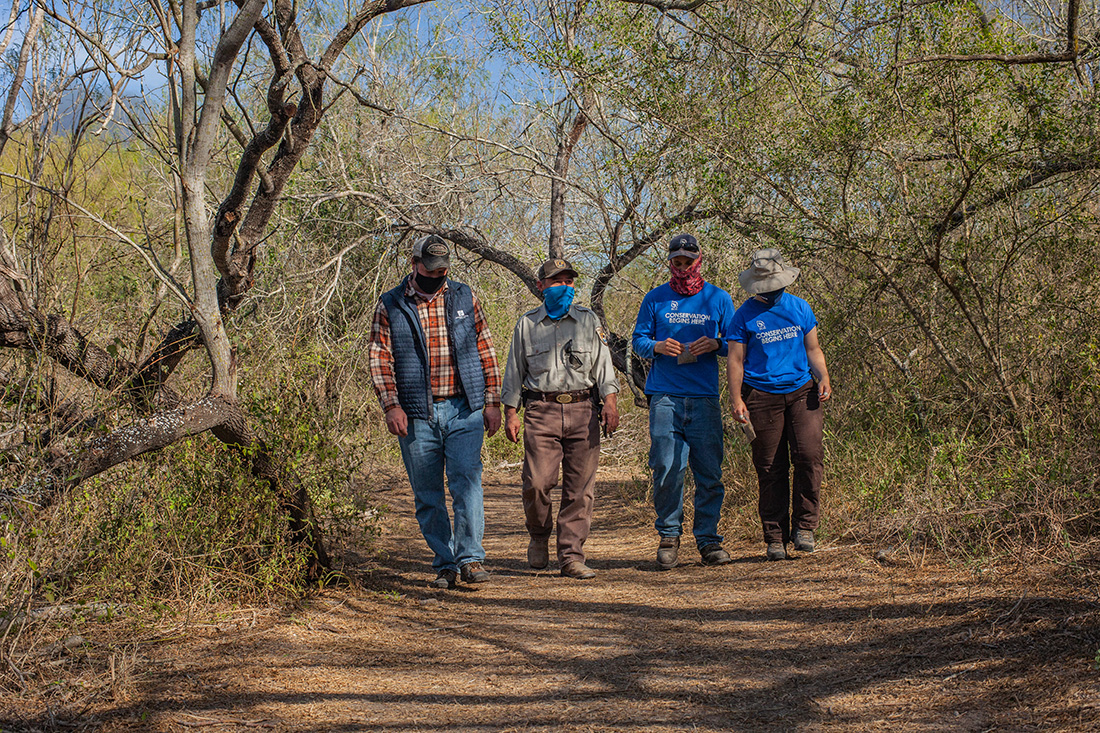 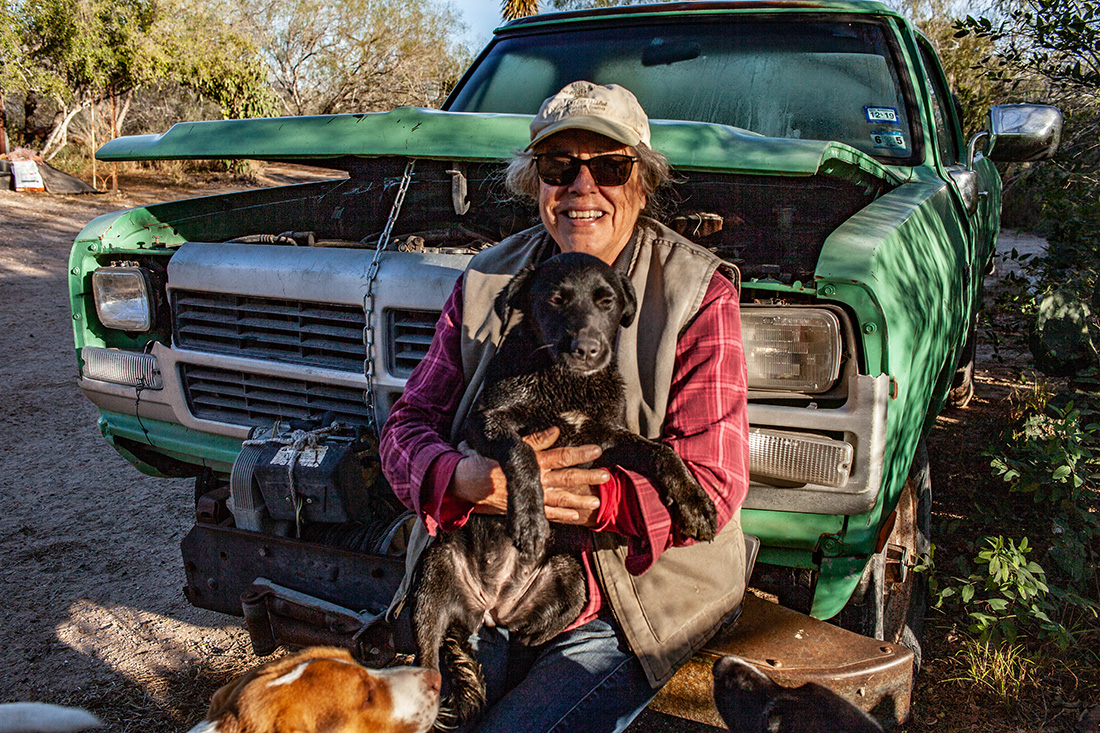 American Forests is partnering with rancher Betty Perez and other private landowners to restore native thornforest habitat in South Texas.