For decades, Austin and its residents have worked to protect and grow one of the city’s most cost-effective ways to reduce city temperatures: trees. 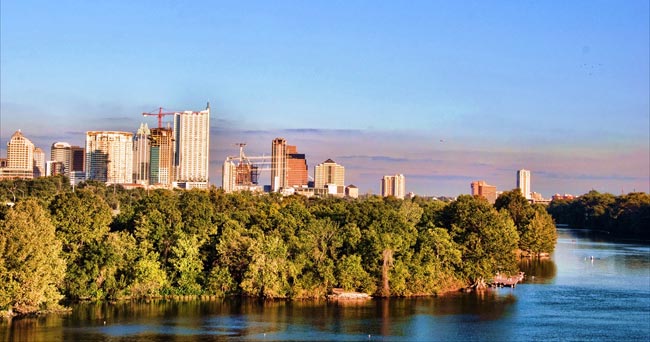 It gets hot in Texas.

The state’s capital, Austin, experienced 90 days at temperatures higher than 100 degrees Fahrenheit in 2011, and each summer, the city basks in sunlight 75 percent of the time. With city buildings and paved streets reflecting back this sunshine and heat, temperatures can be two to nine degrees hotter in Austin than in the surrounding countryside — a phenomenon known as an urban heat island. In 2001, Austin’s city council recognized this problem and passed a resolution implementing a Heat Island Containment Policy, which created new initiatives for combating extra heat in the city. Many of these initiatives revolved around trees, some of nature’s best temperature regulators. 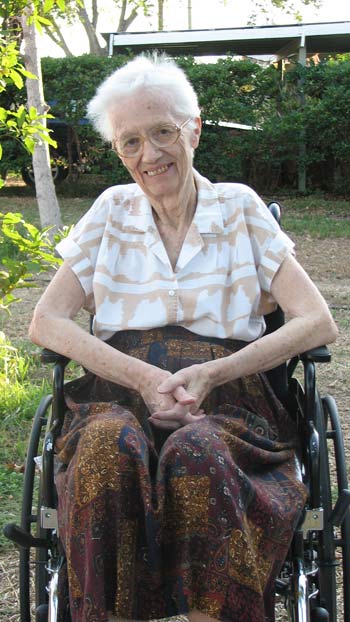 She may have only served one two-year term on the Austin City Council, but Margret Hofmann’s influence on Austin has been felt long after her elected post in the 1970s. Hofmann, a German Jewish immigrant who survived the horrors of World War II, was a devoted grassroots peace advocate and also a staunch supporter of Austin’s historic trees. Her commitment to preserving Austin’s natural treasures not only earned her the nickname of “Tree Lady,” but also led to the creation of Austin’s first tree ordinance in the early 1980s and sowed the seeds for Austin’s Heritage Tree Ordinance, which was passed in 2010.

Hofmann’s fight for Austin’s trees in the 1970s revolved around recognizing trees for their value. Hofmann once told the Austin American-Statesman, “I’ve always been amazed that we pay so much attention and spend a great deal of money on old houses — historical buildings, often no more than 100 years old — whereas we don’t consider trees that are 400, 500, 600 years old of the same importance.” Hofmann encouraged Austinites to protect and recognize Austin’s historic trees and helped create a registry of 200 of the city’s oldest, biggest trees. In 1983, her efforts came to full fruition when Austin passed a progressive tree ordinance that would set the basis for protecting the trees for decades to come.

Unlike many other cities around the country, Austin’s tree ordinances don’t just protect the public trees, but they also protect trees on private property — most city tree ordinances only cover trees on city land. Austin’s ordinances outline a classification system for trees based on size and species, and generally, the larger a tree is, the more protection it is given. And, based on the economic and practical functions these trees provide to the city, the protection is warranted.

A 2006 tree canopy analysis conducted by the city’s Watershed Protection Department revealed that approximately 32 percent of the city is shaded by trees. According to Leah Haynie, Austin’s Heat Island Program coordinator, trees can reduce summer temperatures through shading, by absorbing solar energy and through evapotranspiration. In addition, it’s estimated that Austin’s trees have the potential to store up to 100,000 tons of CO2 per year, which is why departments across Austin are focused on increasing and protecting the city’s urban forest.

“Trees are working for us. They are the hardest working and most efficient of all city workers,” says Michael Embesi, a City of Austin arborist. “They continually provide benefits with little to no investment. Trees don’t take time off for vacation, sick leave or require medical coverage.” 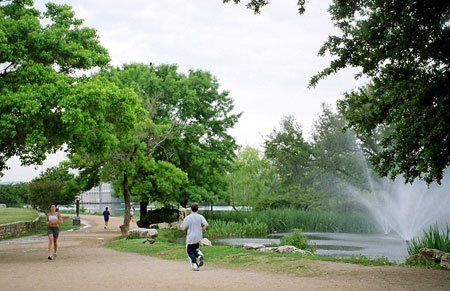 “Here in Texas, we value our trees immensely for their cooling effects,” adds Ray Henning, line clearance superintendent for Austin Energy, which serves 420,000 customers in the Greater Austin area.

Therefore, when Austin’s city council passed its Urban Heat Island Containment Policy in 2001, a program called NeighborWoods was a key part of its plans. Each year, this program, which began in Austin’s Parks and Recreation Department and is now administered via contract through the nonprofit TreeFolks, distributes between 3,000 and 4,000 trees to Austin Energy customers for planting near city streets in the right of way. While technically these trees are on city land, Austinites are responsible for maintaining the trees and vegetation growing there, which means that neighborhood support of the program is a key to its success.

“Upfront outreach is really helpful to having success for the program,” says April Rose, executive director of TreeFolks. “Getting someone in front of neighborhood groups talking with them about why it’s important to plant street trees and what it can do for energy, ambient air temperature, property values, wildlife, etc., can get the community supportive of the program and excited about the opportunity to receive free street trees.”

Beyond NeighborWoods, TreeFolks has a variety of programs to increase tree canopy, including Sapling Days, which are held each fall. On these select days, approximately 3,000 tree saplings are given away to Austin-area residents for planting on their private property, as much of the available space for expanding the city’s urban forest is on individual homeowners’ land. 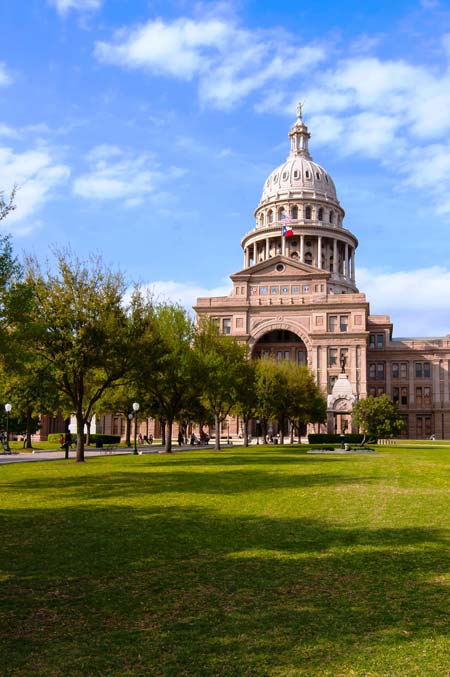 Another way the city expands the tree canopy on private land is through its Austin Community Trees program. Through this program, the city offers 10 species of large shade and small understory trees for planting on private property in neighborhoods with low tree canopies. This program specifically aims to engage neighborhoods in greening the city.

Rose says that one of the most helpful things to urban forest work in Austin is “the general spirit of volunteerism and the grassroots energy that is part of the Austin culture. People really want to get involved and support urban tree causes. We couldn’t do all that we do without the thousands of volunteers that we engage with every year and the support of the business community.”

SPEAKING FOR THE TREES

Austin’s tree ordinances and activities are driven by Austinites according to Austin City Council Aide Shannon Halley. For more than 30 years, the city’s Urban Forestry Board, a city council appointed group, has been meeting monthly to study, investigate, plan, advise, report and recommend any action, program, plan or legislation that the board determines advisable. Citizen involvement extends beyond the board, though.

In 2006, a neighborhood was concerned about the number of trees being trimmed in their community and asked for the Austin City Council to enact a tree-trimming moratorium to evaluate the issue. The council complied, and that year, a Tree Task Force was formed to look into Austin’s urban canopy practices. This task force would go on to propose a number of broad strategies for improving the city’s urban canopy practices, which included providing the framework for updating Austin’s tree ordinances to include heritage trees. The task force also recommended the formation of an interdepartmental tree group that would meet once a month.

“Many times the city’s departments have different goals,” says City of Austin Arborist Ketih Mars. “We’re speaking more with one voice now. We use these meetings to discuss conflicts and make decisions so the city can minimize any confusion for its citizens regarding tree issues.”

With approximately 6,000 trees being planted each year through the city’s Heat Island program, the city’s forestry team is eagerly awaiting an updated canopy report and tree inventory that will be available this year to see how much the needle has moved in recent years, especially considering Texas’ recent troubles with drought and Austin’s continued development. 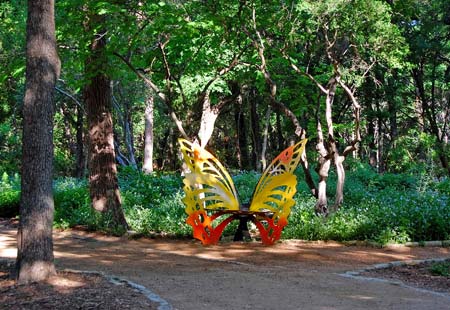 While this new report will be a beneficial snapshot of the city’s current canopy, arborist Embesi reveals that the city is developing a comprehensive plan, the Comprehensive Urban Forest Plan, to address the city’s canopy. This plan would dive deeper than just the number of trees and would instead focus on plans that would take into account Austin’s two distinct geographic areas — one a prairie and one a plateau — with their specific ecologies and land-use needs. This plan will address trees within all of its sections: land use and transportation, housing and neighborhoods, conservation and environment, city facilities and services and more. Getting the right tree in the right place is tantamount to increasing the benefits the trees provide while also saving the city money.

Austin Energy is very aware of the money that can be saved by constructive planning of the city’s urban forest. When a tree has to be removed because of issues related to the utility line, the energy company gives the homeowner a new tree — free of charge — that is utility compatible, which means that when the tree is mature, it will still be below the property’s utility lines. This allows homeowners to take care of the tree, while Austin Energy focuses its green activities elsewhere. 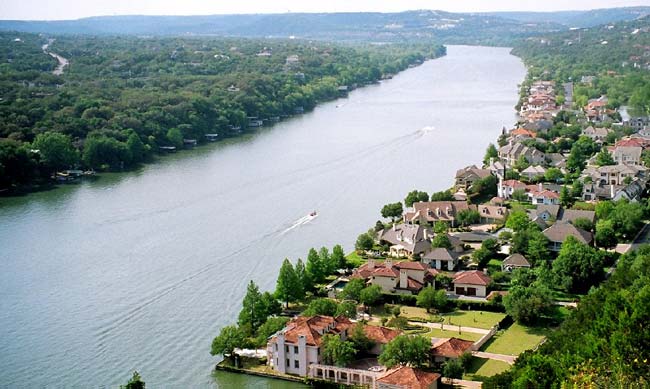 While the Comprehensive Urban Forest Plan underway is essential to providing some long-term solutions, like many cities around the country, Austin also finds itself with limited staff and resources to complete the work required to maintain and enhance its urban forest. Less than 25 full-time Parks and Recreation Department Forestry Program employees are responsible for 300,000 public trees in Austin, plus all of the public programs designed to help engage Austin’s citizens in helping care for and protect the city’s greenspaces. It’s a daunting task, but one that Austin’s various departments are committed to tackling together because as a University of Texas-Austin president once asked, “Would you rather your children looked at bricks or branches?”

Michelle Werts writes from Washington, D.C., and is American Forests’ director of communications.

From the Field: Oakland, Calif.

Follow what we've been up to in the field in Oakland, Calif.

A look at how youth are learning to create equitable and sustainable urbanism.