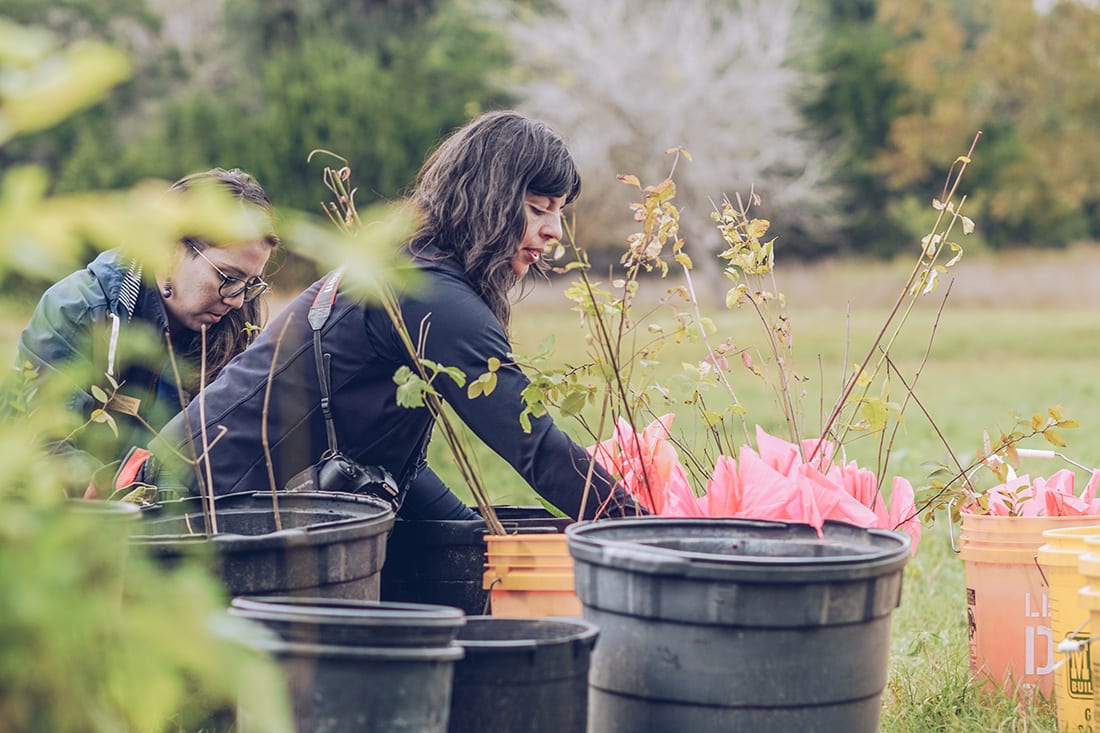 THE NUMBER OF PEOPLE in the United States talking about the need to plant more trees in cities — especially in socioeconomically disadvantaged neighborhoods and some neighborhoods of color, where trees often are sparse — seems to increase every day.

Limited funding and high costs to plant trees, though, can quash their enthusiasm. It can cost up to $2,000 to plant and take care of just one tree in a city.

What if the benefits of urban trees could be quantified, like they are in rural areas? A dollar figure could be assigned to how much carbon dioxide the trees store, as well as other benefits the trees provide to cities — such as less energy needing to be produced at power plants, fewer floods and cleaner air. Could concrete numbers like these help get the attention of investors?

City Forest Credits (CFC), a national nonprofit, has proven that the answer is “yes” in over one dozen places, such as Houston, Cleveland and Providence, R.I. Thanks to support from the Doris Duke Charitable Foundation, American Forests works closely with CFC as a national partner and has been represented on its Board of Advisors since the organization was created in 2015.

For any given tree planting project, CFC calculates the carbon sequestered and dollar value of benefits trees will provide. That value is translated into “Carbon+ Credits” that are then sold, often to companies and governments that are looking to reduce their contribution to climate change and invest in local communities. A company, for example, that emits greenhouse emissions at its production facility.
The CFC program is an opportunity to offset that impact by giving back to the community, in the form of more trees.

The sellers often are local tree planting organizations or governments. The money they get from this transaction is put toward urban forestry programs that plant more trees or take better care of the ones already in the ground.

One of the first projects developed was in Austin, Texas. A local organization called TreeFolks reforested many sites throughout the city. One was a 5-acre area alongside a river. At 25 years of maturity, the trees planted there will store around 530 tons of carbon dioxide, intercept around 500,000 liters of rainfall per year, help improve air quality and more. The project will generate over 500 Carbon+ Credits. All proceeds from the sale of the credits will be used by TreeFolks for program administration and future tree plantings in Central Texas.

The City of Austin has already purchased some of the credits, using funds allocated for carbon offsets. Although the urban credits are notably more expensive than a traditional rural carbon credit, the city likes that it is able to keep its investments localized while addressing global climate change.

Another option offered by CFC is for companies to invest in local planting projects the organization has certified as being good for the environment, human health and social equity. The certification provides a new framework to measure and demonstrate the benefits of planting projects. Take, for example, a $70,000 project led by a nonprofit called Trees Forever to employ and teach young people in Des Moines, Iowa how to plant and care for trees in socioeconomically disadvantaged neighborhoods. The project attracted Microsoft, which chose to provide an award to support it in part because of the ability to quantify and report outcomes that would be provided via CFC’s impact certification process, such as com- munity engagement in the design and implementation of the project.

Science-based matchmaking like this might be just what is needed to ensure all city neighborhoods are green.