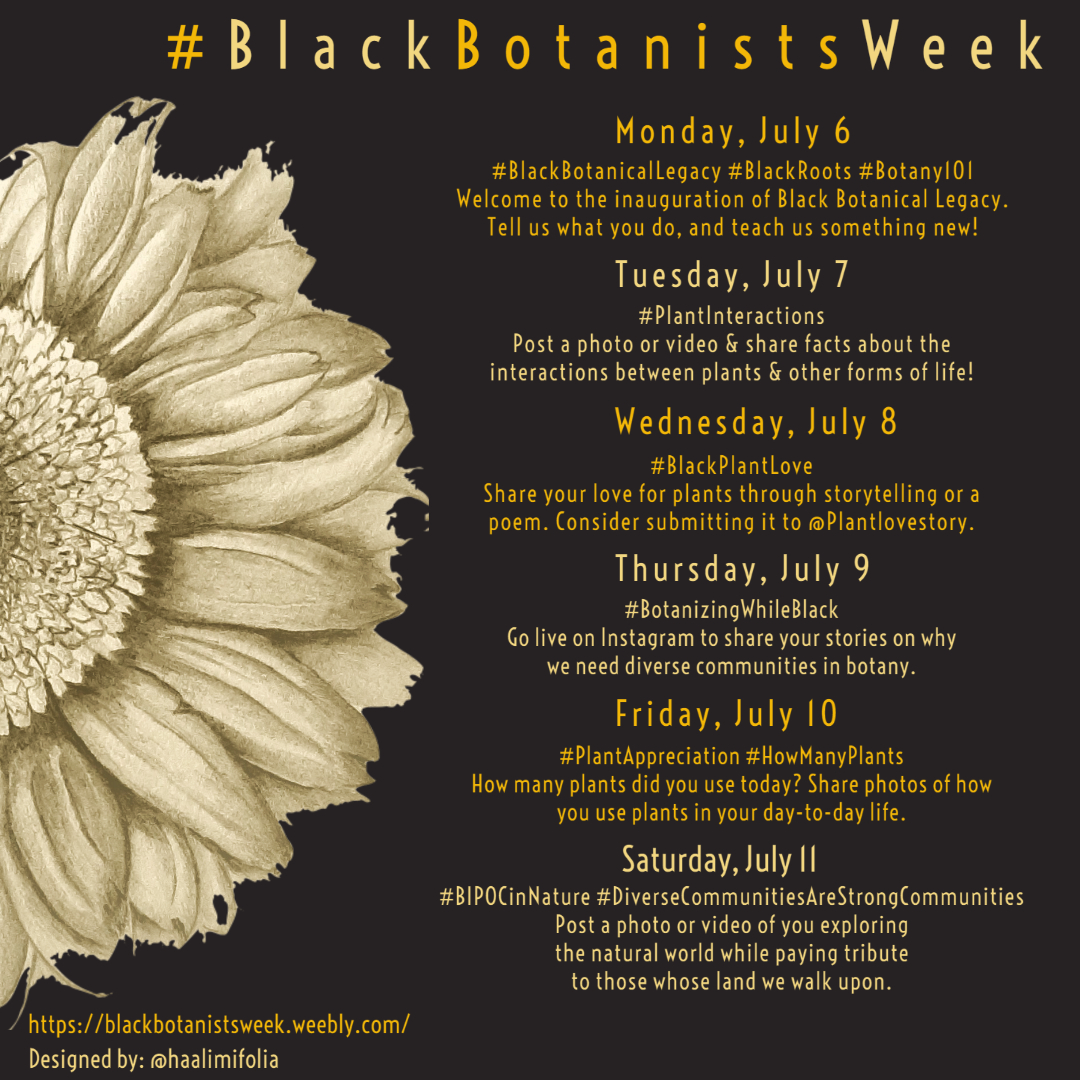 Black, Indigenous and people of color (BIPOC) who love plants celebrated that passion this summer during #BlackBotanistsWeek, a social media campaign that encouraged all BIPOC plant lovers to spend one week posting about flora. This followed several viral campaigns supporting Black environmentalists, including #BlackBirdersWeek, which followed an incident in New York City’s Central Park in which a White woman called police on a Black man who was birdwatching. #BlackBotanistsWeek helped promote, encourage and create a safe space for BIPOC to connect and share information. Some shared photos of plants that reminded them of special moments with their families. Others posted poems about what they appreciate about plants. On the last day of the week, many honored the knowledge of indigenous communities who historically walked the lands we appreciate today. “This week helped us find each other,” says Dr. Tanisha Williams, one of the founders of the campaign, which engaged 3,000 people on social media. “Next, we want to create an online networking platform to support the people we reached on social media and create a fund to provide young botanists with field supplies.”

Scientists have tried for decades to pin down how much the planet will warm if human activity doubles atmospheric carbon dioxide concentrations, a level we’re on track to hit within about half a century. A major new study, released in July in Reviews of Geophysics, has narrowed the likely range of warming to between 4.1 and 8.1 degrees Fahrenheit. This finding, the result of four years of research, rules out prior best-case climate predictions. The low end of the range, 4.1 degrees, is past the 3.6-degree “safe” threshold for planetary heating. Beyond this the world will see increasingly dire famines and droughts, temperatures rising beyond human survivability and other planet-altering catastrophes. Atmospheric carbon dioxide levels are currently at around 413 parts per million, compared to the pre-industrial levels of 280 parts per million. Unless the world makes immediate and deep cuts in fossil fuel emissions, and couples that with reforestation and other actions, we are on track to see carbon dioxide levels double from pre-industrial concentrations within the next 50 years or so.

Unless the world makes immediate and deep cuts in fossil fuel emissions, and couples that with reforestation and other actions, we are on track to see carbon dioxide levels double from pre-industrial concentrations within roughly 50 years. Credit: Justin Meissen via Flickr. 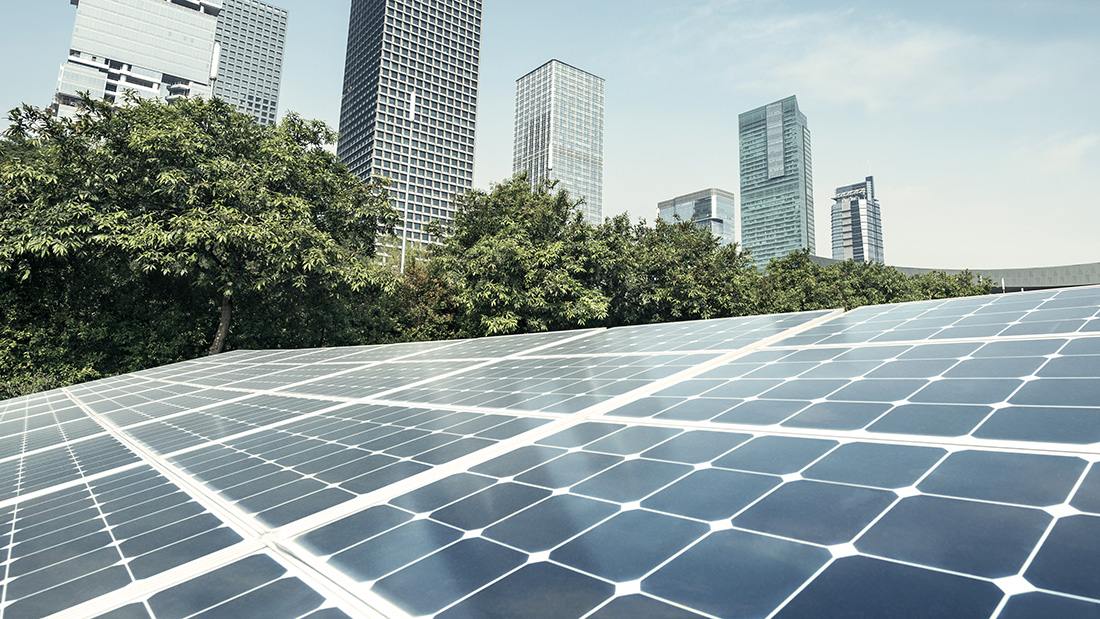 More than half of the world’s people reside in cities, so green actions taken by cities can have significant impacts on large numbers of people and wildlife. Credit: Shutterstock.com.

A coalition of cities from around the world has developed a COVID-19 economic recovery plan that calls for creating green jobs and improving public green spaces to benefit human health and nature. C40 Cities, a network of 96 cities that formed to take bold action on climate in accordance with the Paris Agreement, recently outlined a vision for an equitable and sustainable recovery in its “C40 Mayors Agenda for a Green and Just Recovery.” More than half of the world’s people reside in cities, so the actions taken by cities can have significant impacts on large numbers of people and wildlife. Although the recovery agenda is led by mayors, its members are also calling on national and regional governments to join them in com- mitting to a recovery that prioritizes a green stimulus.

Emerald ash borer (EAB) is an invasive insect native to eastern Asia. It was first identified in Detroit in 2002, and has become one of the most destructive forest insects to invade the United States since its introduction. Tens of millions of ash trees have already been killed in forests and swamps, along waterways and in urban, suburban and rural neighborhoods. But new research findings suggest there may be a way to save ash trees from the pests. An international team of scientists has identified 53 candidate EAB-resistant genes. Their study, published in Nature Ecology & Evolution in May 2020, suggests it may be possible to increase the resistance of susceptible ash species through breeding with their resistant relatives. This is promising news for managing an infestation that has severely impacted ash trees in the U.S. 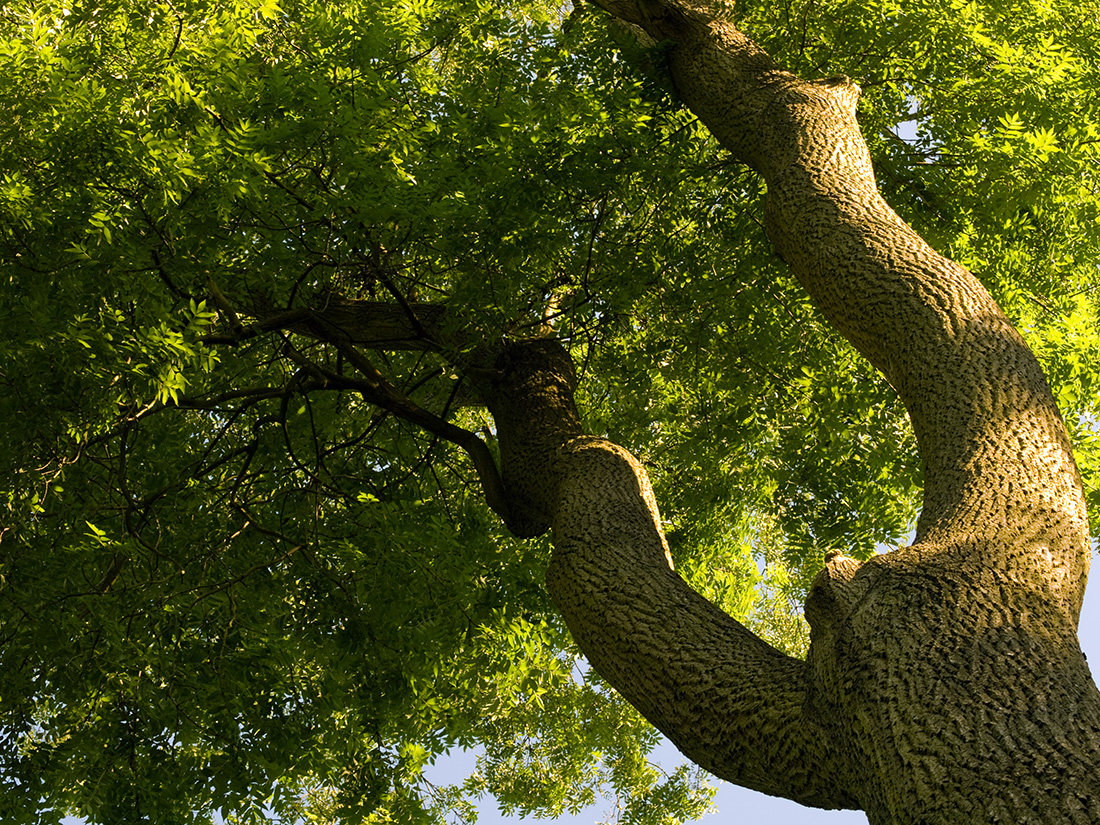 Tens of millions of ash trees have already been killed by the most
destructive forest insect to invade the United States, the emerald ash borer. Credit: Shutterstock.com.

Place-Based Partnerships: Coming together to plant trees and help them thrive in desert cities

American Forests partners with Microsoft and Phoenix to plant and help trees thrive in a desert climate.