Earthkeepers: Giants in Their Field and The Forest

Home/Earthkeepers: Giants in Their Field and The Forest

Earthkeepers: Giants in Their Field and The Forest 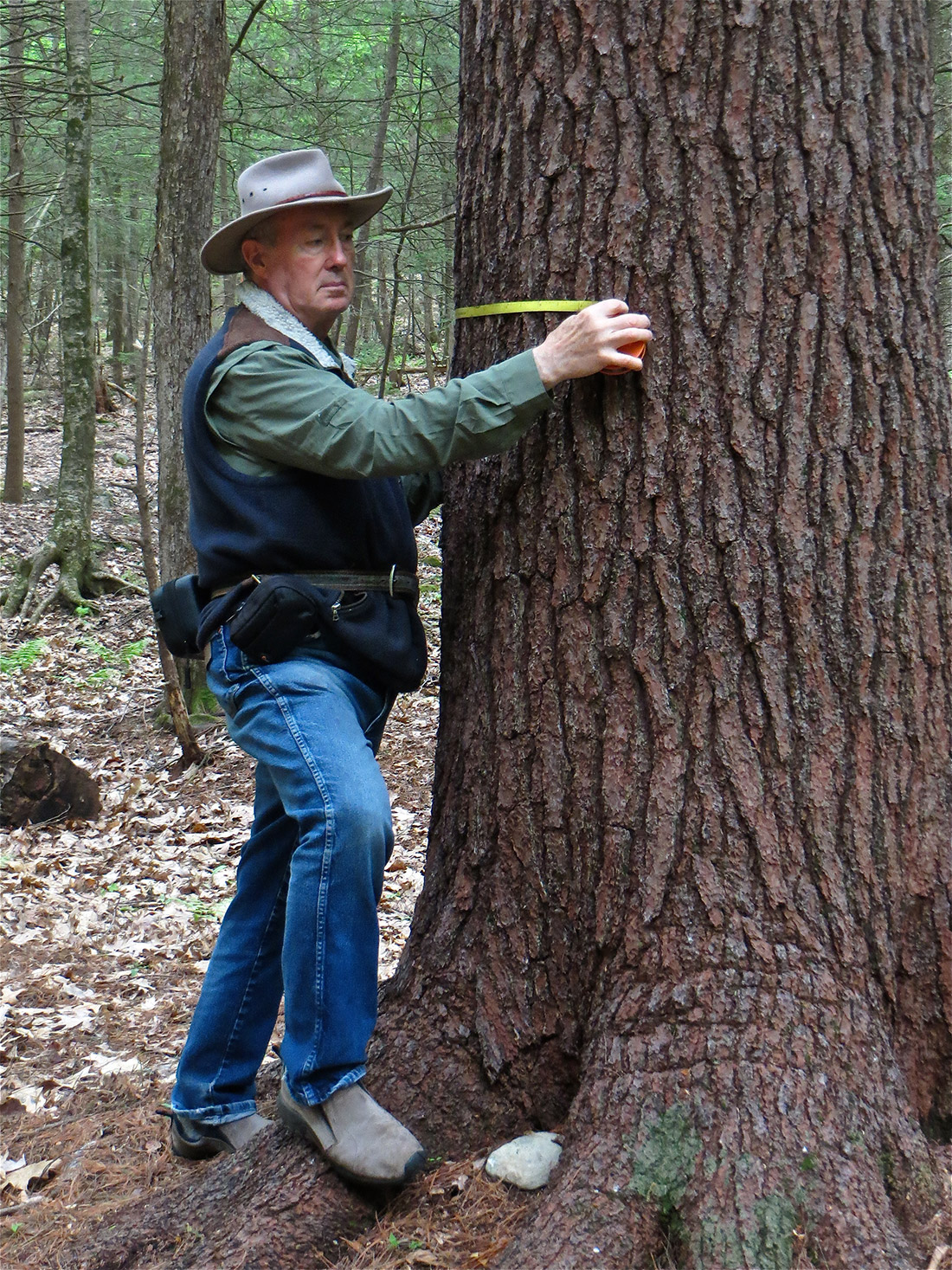 BOB LEVERETT AND DON Bertolette share long histories of working in and with forests and together have brought their knowledge, thirst for scientific rigor and collegial connections to American Forests’ venerable National Champion Tree Program. They are a dynamic duo whose humor wins friends as their expertise influences tree-measurers.

Invited five years ago to help develop protocols and standards for measuring the giants, they leaped in and didn’t stop until they had helped reinforce the credibility of the national register by creating the American Forests Tree-Measuring Guidelines Handbook, an 86-page manual that set new heights (and lengths) for a program now close to celebrating its 80th year.

Though Bob and Don both have a passion for big trees, their paths to their shared work came via different routes through the proverbial woods.

Bob’s history with American Forests dates back to 1993, when the organization co-sponsored the first-ever eastern old-growth conference. He spearheaded the event, which ultimately led to the Ancient Eastern Forest Conference Series.

Educated at Georgia Tech, Bob spent more than a decade in the U.S. Air Force as an engineer, although he smiles and says, “I’m one of those folks whose formal education doesn’t match my longtime love of forests and trees.”

Growing up in the southern Appalachians, Bob regularly explored what was known then as  “virgin forest.” His early exposure in those superlative woodlands followed by a move to New England led to discoveries of old-growth remnants in the Massachusetts Berkshires that set him on a bold, new course. Pursuing his interest in pre-European settlement woodlands, Bob co-founded the Friends of Mohawk Trail State Forest in 1993, and the Eastern Native Tree Society (now the Native Tree Society) in 1996.

Bob also played a prominent role in launching the system of public reserves in Massachusetts that protects late-successional forests that are on the path to becoming old growth. He is the current chair of the Massachusetts Department of Conservation’s Forest Reserve Scientific Advisory Committee.

“Wherever my profession took me,” Bob says, “I sought woodland haunts for spiritual rejuvenation, scientific curiosity and opportunities to search for and commune with big trees.”

He attributes his old-growth avocation and, in particular, interest in big trees, as leading to his volunteer association with American Forests in the 1990s and, ultimately, to helping put the National Register of Champion Trees on a more scientific footing.

“To my engineering mind,” Bob says, “tree measuring required more discipline and methodology than was commonly being applied.” 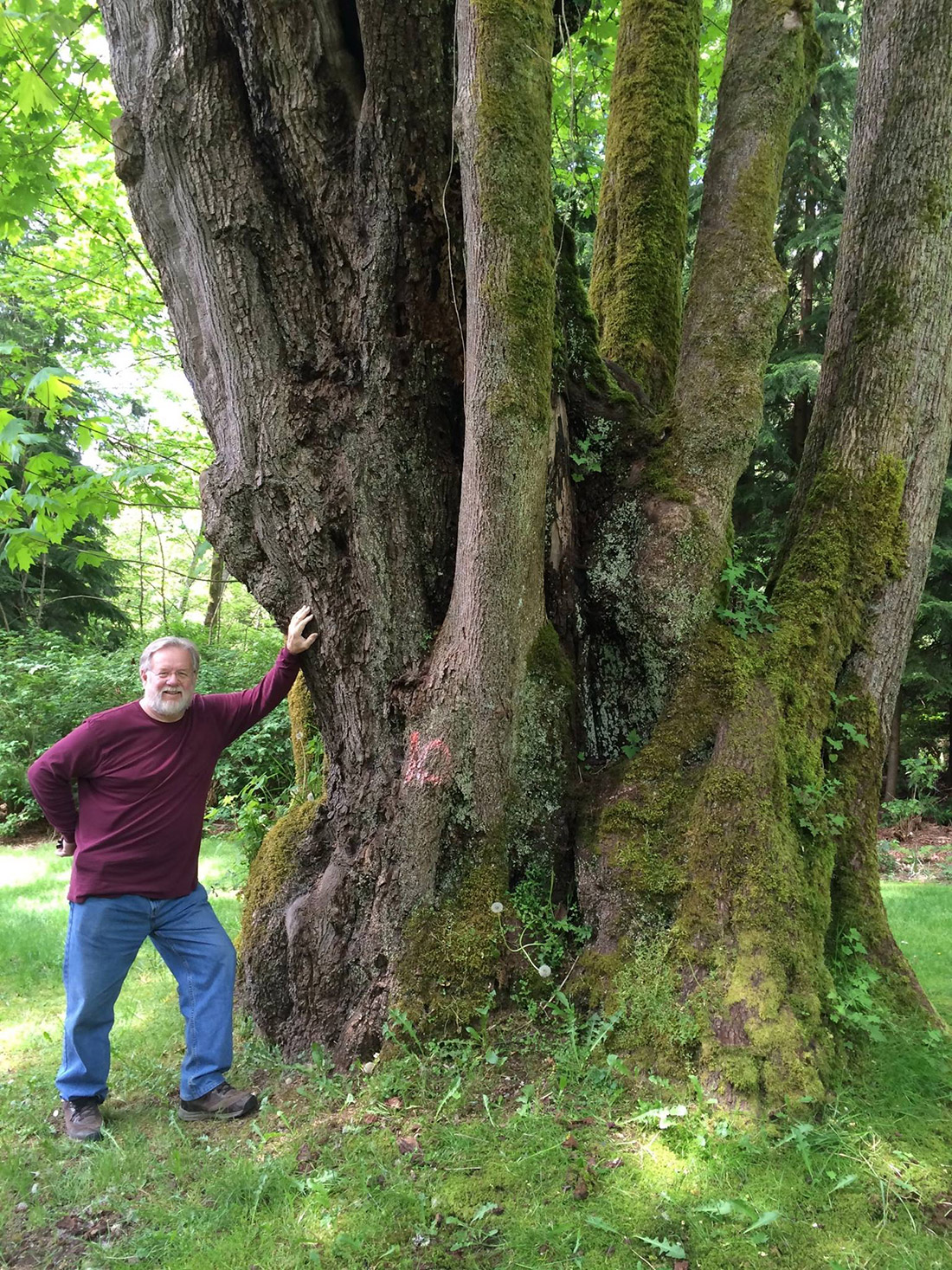 Don, on the other hand, has a master’s degree in forestry from the University of Massachusetts, Amherst. He and Bob met in 1991, when Don was working on his thesis — identifying remotely sensed ‘signatures’ of old-growth forests from satellite imagery.

Don’s forestry career spanned nearly 40 years, first with the Bureau of Land Management in the forests of eastern Oregon; then with the U.S. Forest Service and the National Park Service in forests from Kentucky to Alaska before retiring from Grand Canyon National Park as restoration forester.

Over this time, his work ranged from tree felling — timber sale marking and coppice silviculture — to growing — timber stand improvement and tree planting. Fighting fires was also part of his job, as well as lighting them for controlled burns.

At Grand Canyon, Don created the GIS maps that delineated where and when fire could be prescribed for re-establishing the natural fire regime that had resulted in the open park-like stands of ponderosa pine that Grand Canyon was famous for. He participated in research that detailed the fire-adapted nature of the forests of the North Kaibab Plateau and the manner in which wildfire hazards could be reduced.

“From the beginning, and through it all,” Don says, “I had an appreciation for what our nation’s forests were capable of, particularly those with minimal disturbance, either natural or man-made.”

Don explains that Bob’s fluency in theoretical mathematics and engineering meshed well with his years of traipsing through the forests of the West and Southeast.

“Where Bob’s geometric and trigonometric fluency has led to incredible leaps and bounds in measurement accuracy, it has been my years as a ‘dirt forester’ that has literally grounded his theoretical formulas,” Don says.

For the Champion Tree program, what constitutes “big” is a combination of a tree’s girth, height and crown, or canopy, spread. The challenge is making sure it is accurate. To tackle that issue, these two colleagues combined their rich experience and deep-rooted networks to take the solution to the next level.

Don came up with the idea for the National Cadre of Tree Measurers. Drawing from their mutual circle of colleagues in the field, the duo has put together a group from a wide array of professions, some foresters and arborists, others with varied backgrounds, but with a shared fascination with what dimensions tree species are capable of attaining, and mastering the ability to measure them accurately.

Adding to the efforts of state big tree coordinators already in place, the National Cadre certifies tree measurements submitted by the public in nominating champions. The National Champion Tree Program can now be considered a more robust and academically sound source of big tree data.

Both Bob and Don feel that with less than 5 percent of the old-growth pre-settlement forests remaining, we have much to learn from what’s left.

“Size and age do not correlate well scientifically,” Don says, “but they are good indicators for what resilience a forest ecosystem is capable of maintaining.”

Through forests thick and thin — the synergy between Bob and Don inspires them both to continue incessantly on their mission and to draw others in, for the good of science and the trees.

For 145 years, American Forests has provided non-partisan leadership for forests across America, from