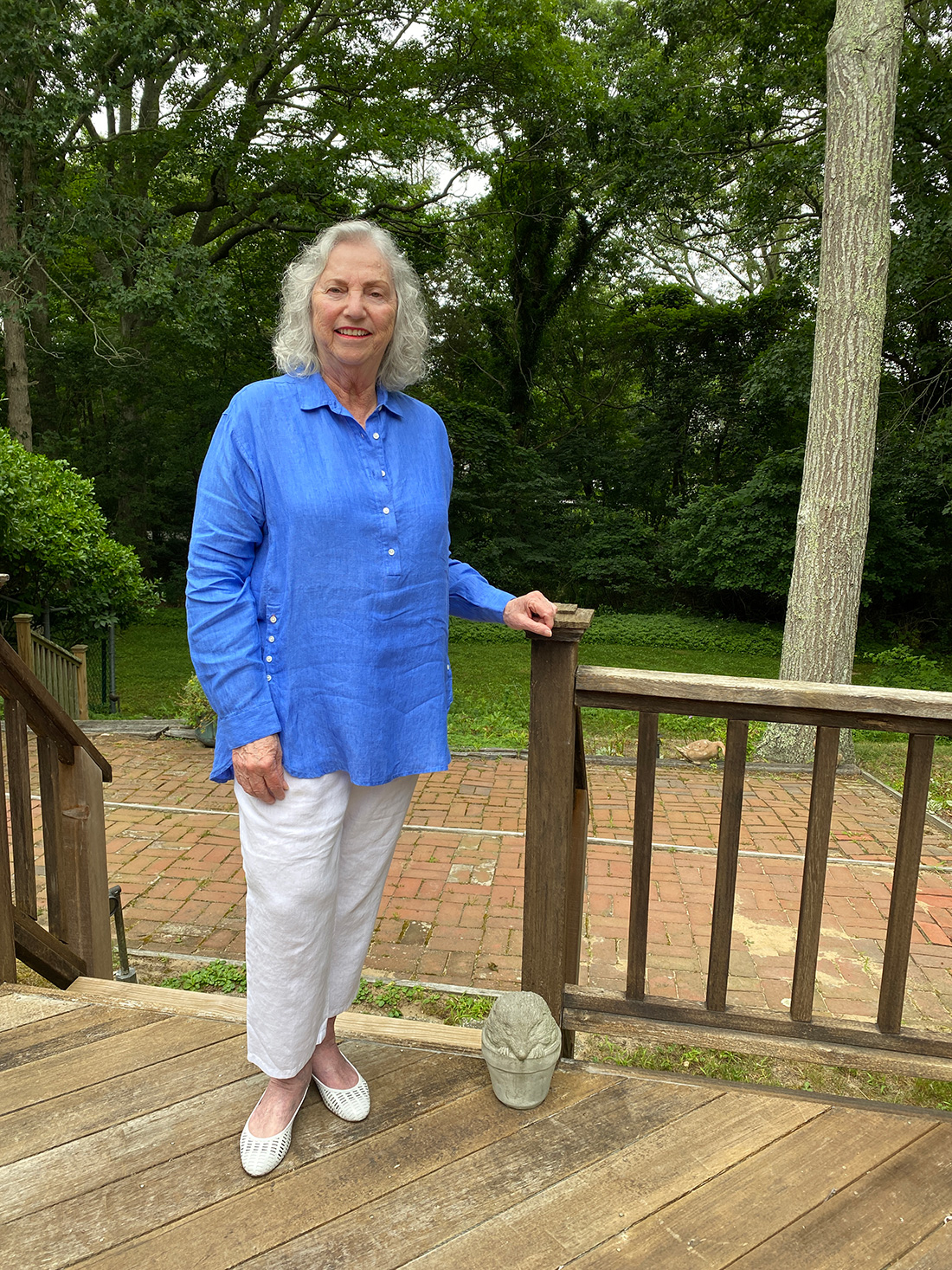 Sheryl Gold in her East Hampton, N.Y., backyard. Gold has been an advocate for urban forests for 30 years. Credit: Courtesy of Sheryl Gold.

TO A YOUNG GIRL, it was paradise. Sheryl Gold’s modest Miami Beach apartment opened onto a world of wonders: the powerful yet soothing ocean, sand for miles, exotic-looking birds and tangles of shady banyan trees and mangroves.

“We didn’t ever leave the island when I was a child,” recalls Gold, now 74, of growing up on Miami Beach. “You didn’t go into downtown Miami. You just felt closer to nature.”

Over time, Gold’s connection to the natural surroundings of her barrier island home gave way to worries about rising sea levels and development, and ultimately spurred a lifelong passion for the environment. But it was her introduction to American Forests that sparked her laser focus on trees and her decades of volunteer work.

Intrigued by the role trees play in cooling the earth, Gold, then a marketing executive in New York City, created a national television public awareness campaign in 1990 for American Forests’ new Global ReLeaf program (now called American ReLeaf ). The campaign featured actor Christopher Reeve and promoted the goal of planting millions of trees in the U.S.

“It inspired me to become an urban citizen forester,” says Gold, who now splits her time between Coral Gables, Fla., and another barrier island — Long Island, N.Y.

Gold spent the next 25 years concentrating on forestry issues closer to home. She co-founded and led an advocacy group to protect Miami Beach’s mature native trees, which provide vital shade in an ever-hotter climate, and pushed the city to hire its first forester.

Lately, she’s been considering her legacy. Her thoughts have returned to American Forests, specifically the equity and diversity focus of its Tree Equity: Career Pathways Initiative, which creates opportunities for people from under-resourced communities to get training and find work in urban forestry.

“American Forests is constantly seeking out new solutions to challenges and finding innovative ways to address them,” says Gold, who recently made a bequest to American Forests. “I found this to be exactly the kind of action that spoke to me.”