Home/Blog/Weather and Urban Forests: For Better and Worse

Weather and Urban Forests: For Better and Worse 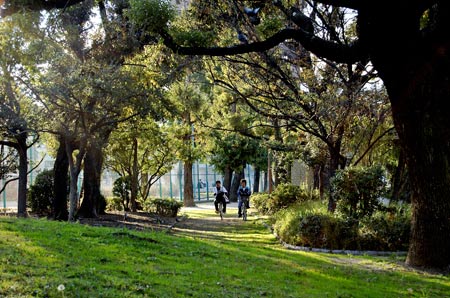 In the last few weeks, many folks, especially on the East Coast, have witnessed the realities of urban forests — for better and for worse.

With temperatures across the country exceeding heat records, urban forests have played a critical role in providing a shade refuge for pedestrians, cyclists and anyone stuck out in the heat. For example, in a rather un-canopied area of Baltimore, with the sun beaming down on a 100-degree day, I witnessed several people huddled under a single street tree as they waited for their bus. According to EPA, “shaded surfaces may be 20-45°F cooler than the peak temperatures of unshaded materials.“ Trees and vegetation can be used to mitigate higher temperatures in cities — known as the urban heat island effect — and they can be strategically placed around buildings to help decrease the demand for air conditioning. With such intense summer temperatures over the past weeks, many of us have been grateful for urban forests as a way to seek shelter from the sun.

However, there is the other side of urban trees — fallen trees. In the last two weeks, the East Coast experienced one of the most destructive types of thunderstorms, a derecho with wind gusts up to 90 mph. The storm did damage from Indiana to New Jersey, with a good deal of damage in West Virginia, Virginia, Maryland and Washington, D.C. Driving around D.C., I saw trees uprooted in people’s front yards, huge limbs crushing parked cars and trees ominously leaning on people’s houses. And, unfortunately, there were the trees that knocked out the power lines, removing thousands of people’s access to much-needed electricity and A/C during the record-breaking heat wave.

Although urban forests are a critical natural resource within our urban environment, we can’t ignore the truth: Sometimes, they are a liability. Luckily, an important key to urban forests is that there are ways to manage them to limit the damage they might cause.

Here are a few tidbits from the University of Florida and suggestions from D.C.-based, tree-planting nonprofit Casey Trees on how to create a healthy urban forest that can better weather a storm: 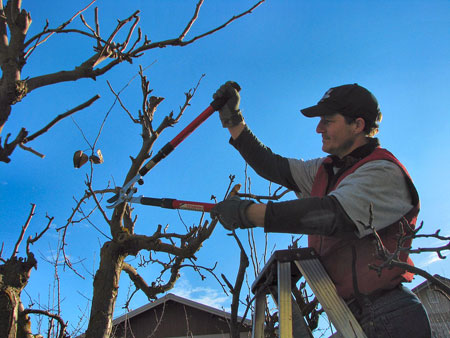 Trees that are preventatively pruned are less likely to fail than neglected trees.

In the case that a tree doesn’t survive a storm, remember these tips:

Especially in these days of severe weather events, it is of utmost importance to manage our urban forests so that they can continue to provide the benefits that we all need on hot, summer days and minimize the challenges that might come our way on the windy, rainy days. What have been your recent experiences with urban trees during some of these extreme weather days?