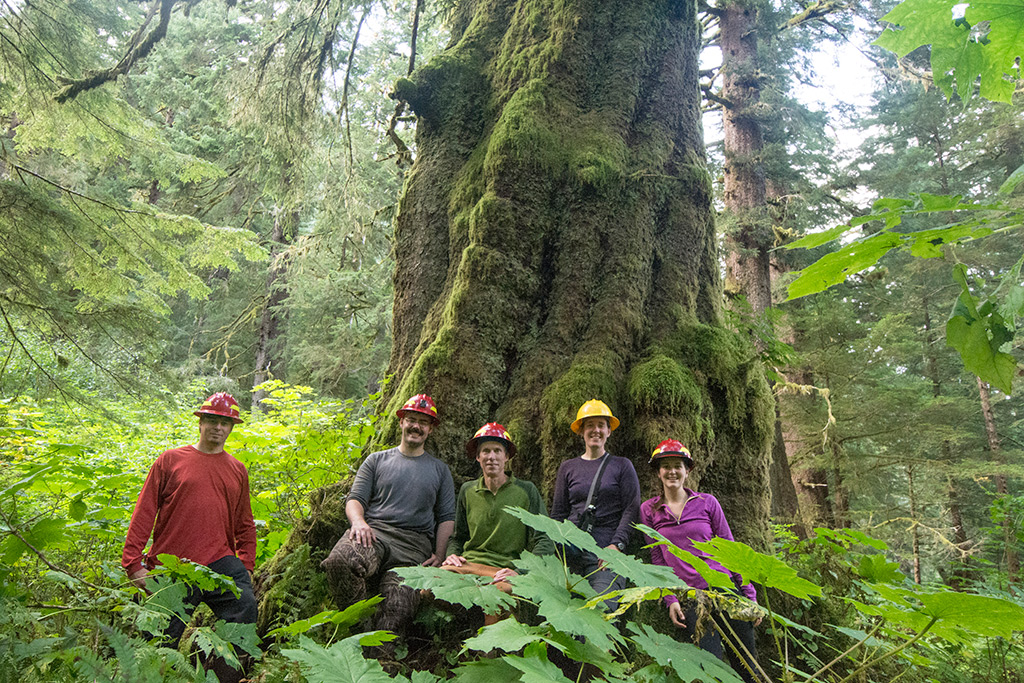 Collaborative efforts between the United States Forest Service, Sitka Conservation Society and the American Forests Champion Tree program resulted in the successful location and measurement of a hidden giant living deep in the South Baranof Wilderness of the Tongass National Forest.

Alaska’s big tree coordinator, Don Bertolette, contacted the Sitka Ranger District in the fall of 2015 for assistance in coordinating a trip to the wilderness to measure the nominated Sitka spruce. Employees of the local Sitka Conservation Society had come across the tree on several trips to the South Baranof Wilderness and knew where to find it. The tree’s location will remain classified in an effort to minimize foot traffic. Sitka spruce are a shallow rooted species and high levels of foot traffic can damage the root system causing long term damage. 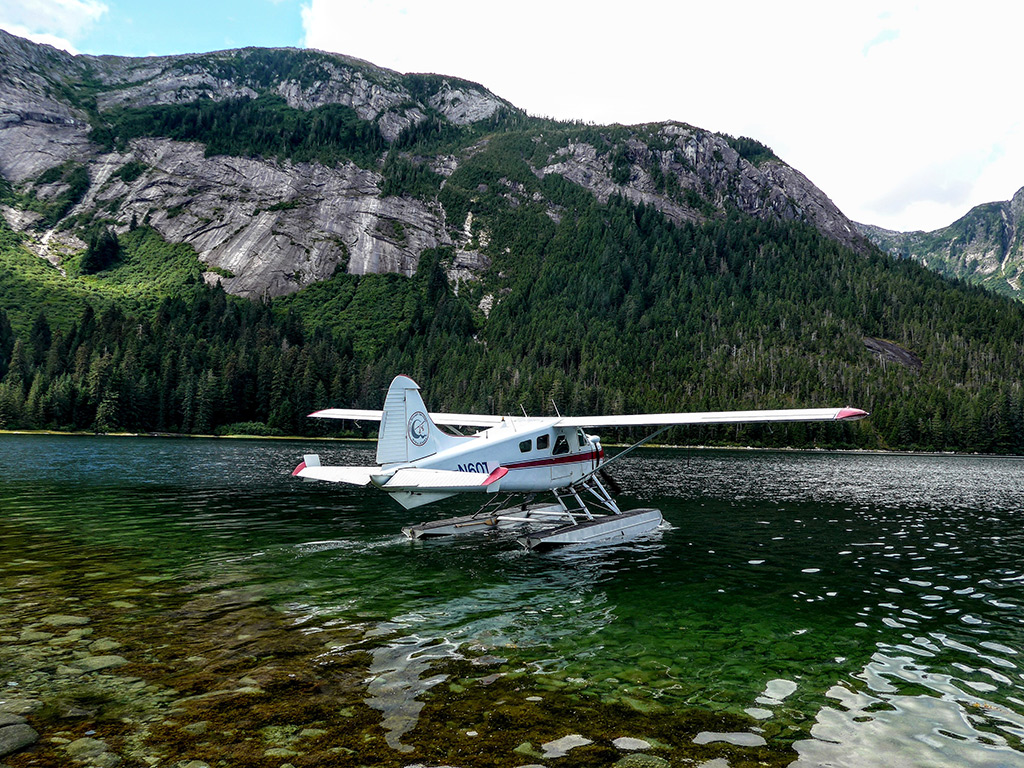 Once it was decided to measure the tree, and to label the location as “South Baranof Wilderness,” the focus turned to logistics. Waiting for schedules to align took nearly a year, and in August of 2016, a five-person crew flew across Baranof Island from Sitka, Alaska headed south towards the 375,000-acre designated wilderness. The U.S. Forest Service was conducting several remote surveys of reported campsites in the area presenting the perfect opportunity to track down the tree for an official measurement. The operation required two float planes chartered through Harris Aircraft Services out of Sitka. One plane was filled with enough gear for the group to overnight in the wilderness in case the weather changed. Having to spend a night in the field is not a rare occurrence in this part of the world, where weather conditions can change quickly, making float plane travel dangerous. The second larger plane held most of the crew, shown in the photo below. 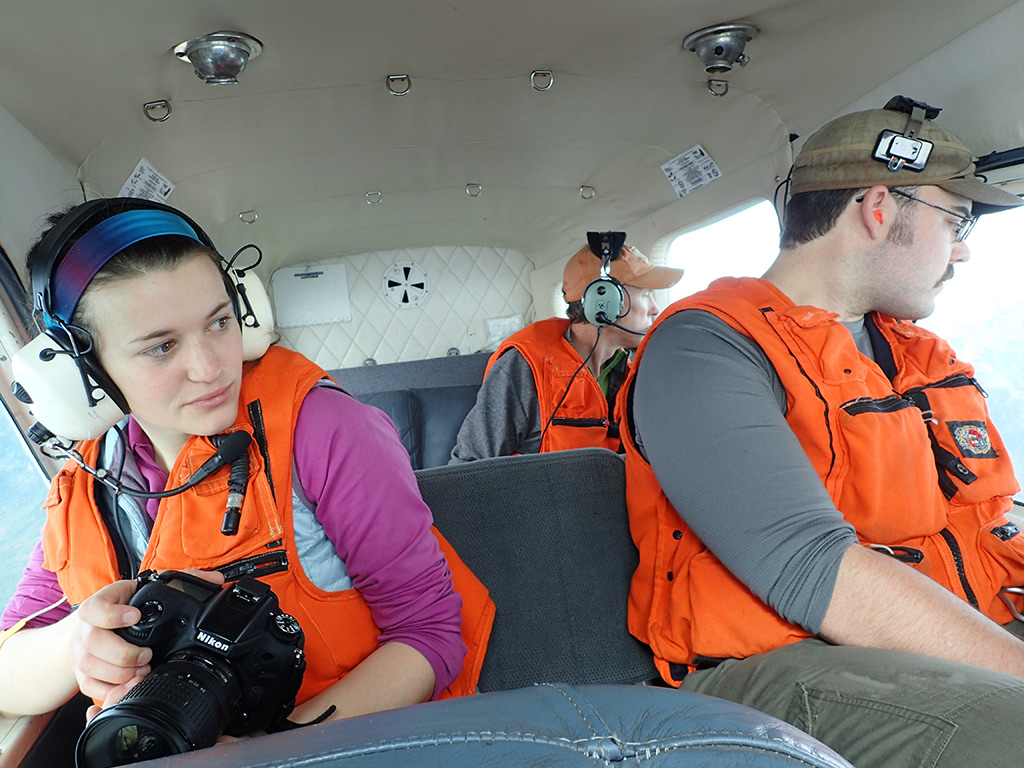 Measurement crew taking in the scenery on the flight south. Credit: Jen MacDonald.

The hike to the tree took the crew along a highly productive salmon stream, through what could be called perfect brown bear habitat. Though no bears were spotted on the hike, (likely due to the group making lots of noise on purpose for this very result), everyone was outfitted with bear spray on the waist and a pair of high power rifles were carried in case of a bad bear encounter. After about an hour of ducking, climbing and bushwhacking, the group finally spotted the giant looming over its neighbors in the overstory. After taking a few minutes to rest and appreciate the truly massive size of the tree, the crew got started with the measurement process. After all, they had a pair of float planes to catch that afternoon. 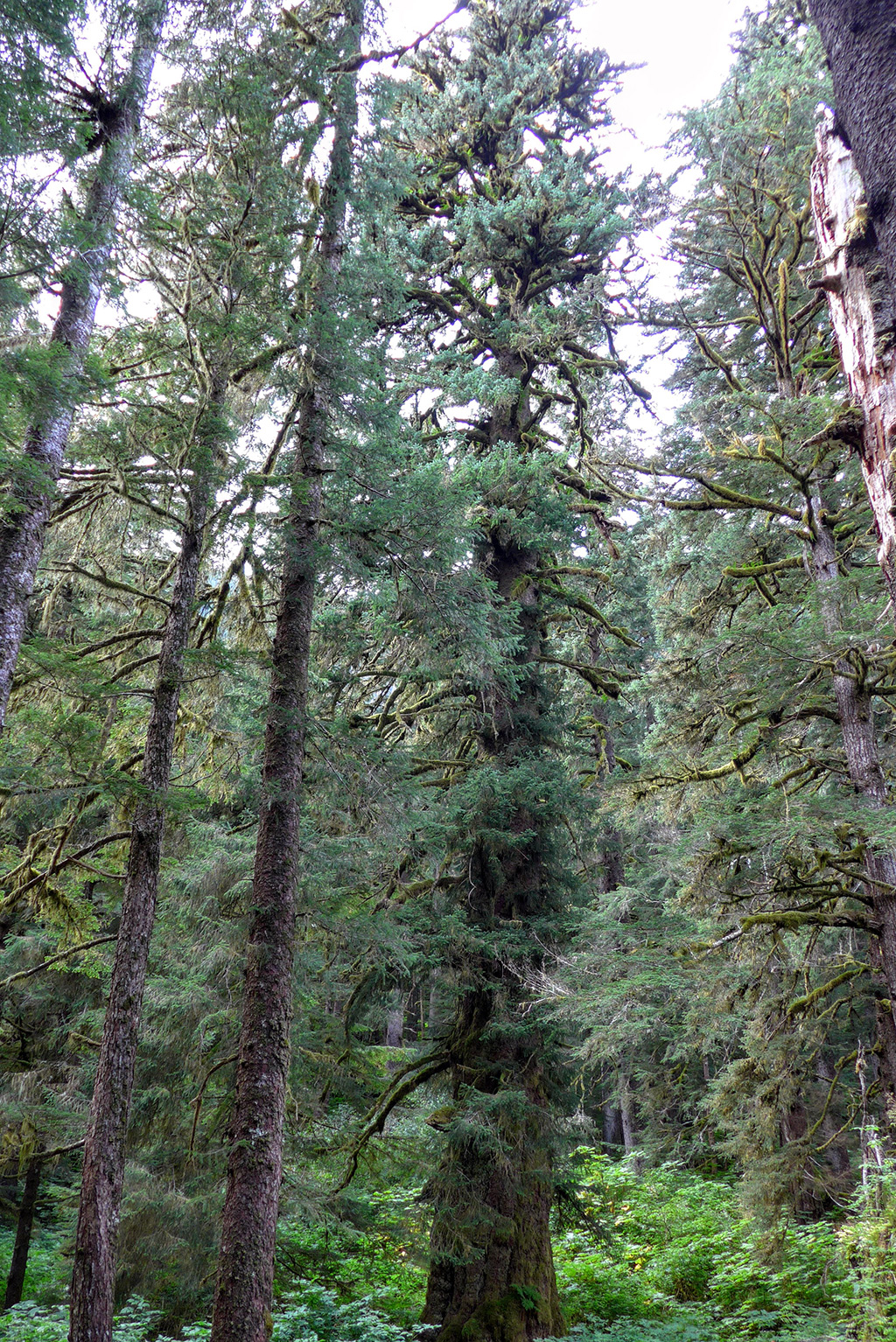 Per the American Forest Big Tree Measurement Guidelines, nominated trees are scored with a points system comprised of three parts. First is the overall height of the tree, second is the circumference of the tree at breast height (4.5’) and finally is the average crown spread. The height is measured in feet, and this spruce measured 175 feet tall, earning 175 points for part one. The circumference is scored with each inch awarding a point. The giant spruce had a circumference of exactly 38 feet, earning it 456 points for part two. The crown spread is measured in feet, and then the points awarded are equal to 1/4 the crown spread value. A 62-foot crown spread earned the giant spruce 15.5 points for part three. The combined total for all three parts was 646.5 points, besting the previous Alaskan record tree by almost 100 points! 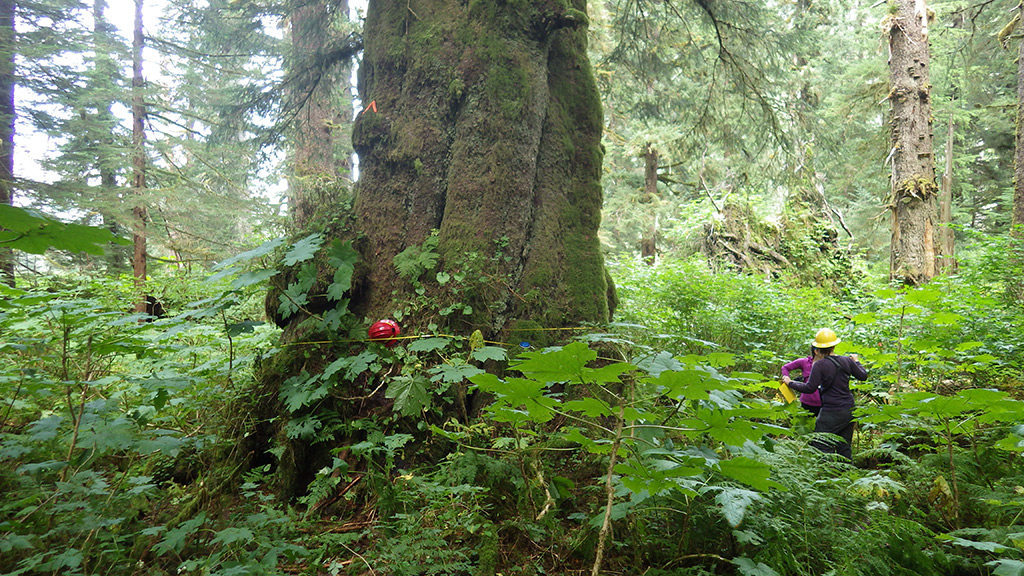 It’s Champion Tree Hunting Season! How to Bag Yourself the Next Big Tree

It’s Champion Tree Hunting Season! How to Bag Yourself the Next Big

Legendary Champion? Or Simply Ancient Legend? Being a Champion is all about