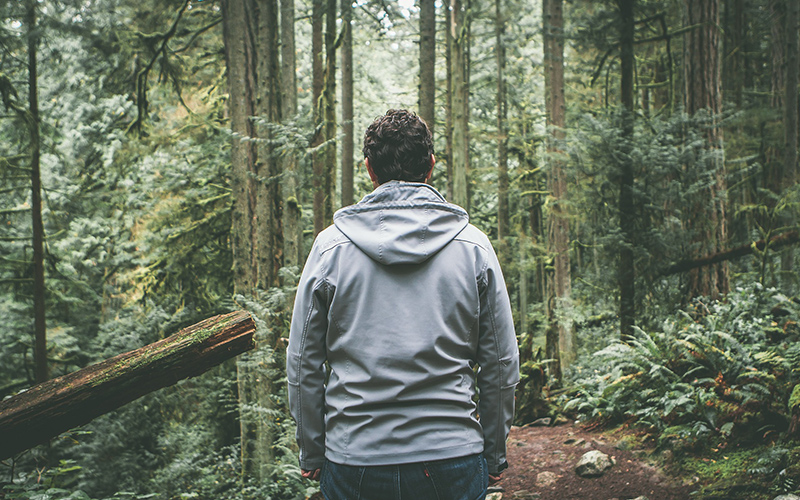 No, it’s not what it sounds like — forest bathing doesn’t actually involve an exterior physical cleansing. However, it does facilitate a cleansing of the mind and inner body. Shinrin-yoku is a Japanese practice that translates in English to “taking in the forest atmosphere” or “forest bathing.” What exactly does that entail, if not a bathtub in the woods?

According to the definition of the term, coined in 1982 by the Japanese Ministry of Agriculture, Forestry and Fisheries, forest bathing “refers to the process of soaking up the sights, smells and sounds of a natural setting to promote physiological and psychological health.”

To give you an example of its uses, sufferers of chronic tension or anxiety could turn to forest bathing for some much needed relief. David Yaden, a research fellow at the University of Pennsylvania’s Positive Psychology Center, says, “There have been studies comparing walking in nature with walking in an urban environment and testing people on their mood, different aspects of depression, and in some cases, brain scans. In the natural setting, people are more relaxed and less stressed.”

This is just the tip of the iceberg. After years of research, there is now a vast collection of scientific evidence that proves that forest bathing helps:

It might sound too good to be true, but eco-therapy is truly taking the wellness world by storm. Shinrin-yoku is becoming increasingly popular among prominent health communities. Forest bathing is the new yoga, and now you can even sign up for guided classes to facilitate the authenticity and effectiveness of your immersive experiences. Ready to become a forest bathing master? Consider enrolling in a weeklong certificate program in forest therapy.

Shinrin-yoku is a relatively new revelation in the scheme of things, but Ben Page, a certified forest therapy guide and the founder of Shinrin Yoku Los Angeles, is confident that it will continue to take off. “I think of it like a tree growing. It is still a young practice, but there are new branches forming all the time.”

Explore the majesty of some iconic California recreation destinations, from the summit of Mount Whitney to the movie set landscape of the Alabama Hills.