It’s hard to find two environments as unalike as the tropical beaches of the Bahamas and the cold-water jack-pine forests of the Great Lakes, and the complexities of how fire policy in Michigan and Ontario could have a palpable effect on the flora and fauna of the northern Caribbean only add to the confusion. Despite the stark ecosystem differences, these biomes are all connected via a common resident: Kirtland’s warbler. 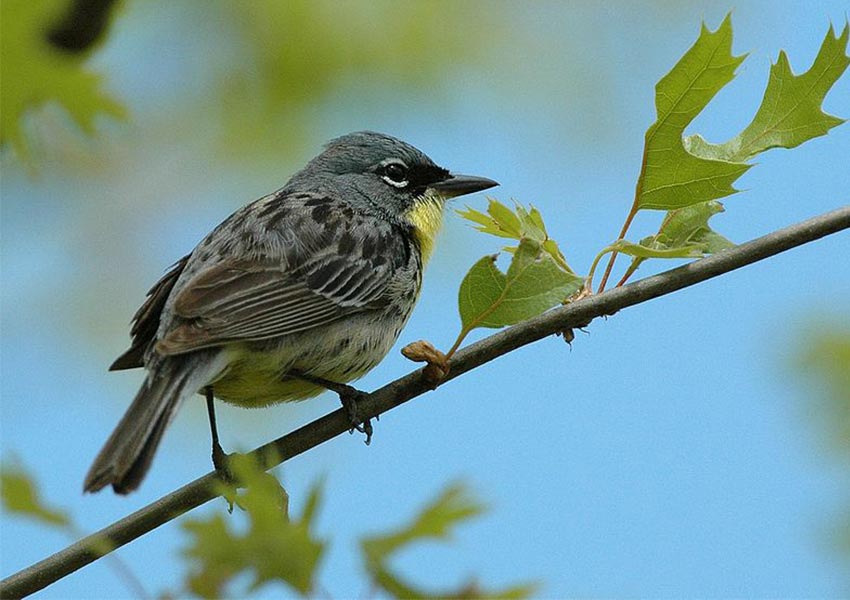 Kirtland’s warbler was once a common sight in northern Michigan and southern Ontario, but loss of habitat caused steep population declines. However, restoration efforts over the last three decades have helped the species become a candidate for de-listing from the U.S. Endangered Species List. Credit: U.S. Fish and Wildlife Service

Forty years ago, Kirtland’s warbler faced extinction because of habitat loss. Today, a motion has been made to de-list the species in the United States as restoration efforts in Michigan have seen the population bounce back. However, in Canada, creating the warbler’s preferred forest type has just begun.

“The Kirtland’s warbler was likely never widespread in Canada,” said Ken Tuiniga, of the Canadian Wildlife Service, and Peter Burke, of Savanta Inc. “Current population is estimated to be around 20 pairs, but ongoing research is indicating that if more suitable habitat were created for the warbler, our population could significantly increase.”

Kirtland’s warbler began disappearing in the United States and southern Ontario as development and modern fire policy destroyed their habitat. The species is unique in that it will only breed in loose sandy soil with branch coverage from young jack pine trees. Unfortunately, those conditions are generally caused by fire — an integral part of the North American landscape that is often considered an enemy. Jack pine forests are created when fire burns out the older, weaker trees, allowing for younger trees to sprout and provide habitat for the warbler. A common theme of the past century’s forest management policy is putting fire out, no matter the cost, to protect human development. The consequence of that policy is a reduction of native, fire-dependent ecosystems, with invasive species filling the blank space.

A dire situation existed for the warbler in the U.S., but now the bird once again has a happy song to sing. As birds don’t have much use for national borders, it is important to restore the warbler’s habitat on the other side of the lakes too.

In Ontario, American Forests, the County of Simcoe, the Canadian Wildlife Service, and other stakeholders partnered to protect the warbler, with American Forests helping plant 80,000 jack and red pines to provide adequate habitat for the warbler.

“[Partnerships] are vital and the most efficient and effective means to approach species recovery,” Tuiniga said. “Most Ontario species at risk are found in southern Ontario, where there is much private land and many competing land uses. Recovering species at risk is a large and expensive task that requires multiple partners.”

The planting site is on a former ballast pit (gravel extraction) area, which was in use by Canada Pacific Railroad from the 1920s to the 1960s. Minor site restoration, such as soil enhancement, was conducted prior to 1980, and since that time this area has primarily been left to regenerate naturally. The dry sandy site conditions are relatively unproductive and have seeded primarily into patchy scotch pine (an invasive exotic species), jack pine, and a variety of both native and non-native herbaceous and woody plants. Thus, forest restoration is critical to creating the unique habitat conditions the Kirtland’s warbler requires to survive. 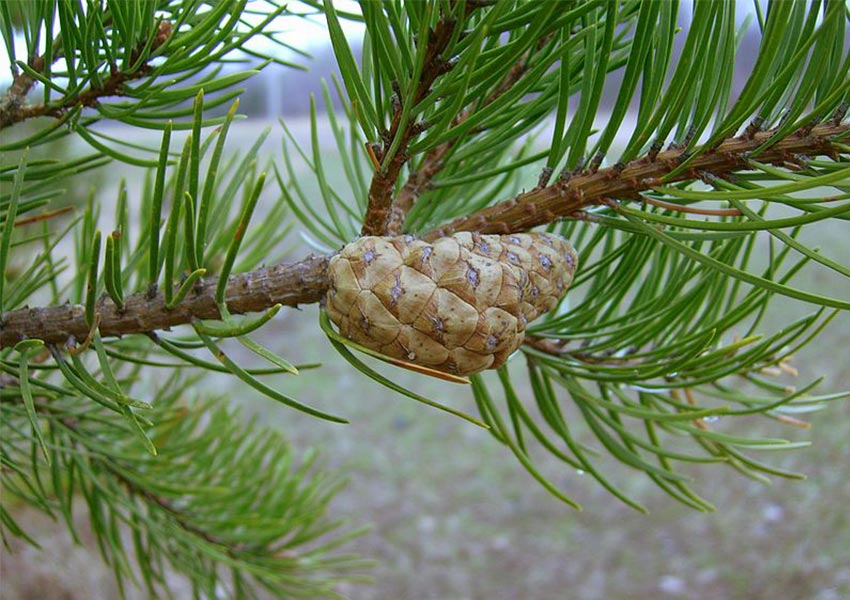 Jack pine can only reproduce when fire opens up the seed-bearing cones. Credit: Fungus Guy/Flickr

Of course, these improvements only matter if they can be continually reinforced and maintained for the species’ long-term survival. There was some resistance in the U.S. to planting stands of exclusively jack pine, as it is a low-quality wood, not worth very much to cut down and replant, the conservation practice that simulates wildfire. To address this concern, red pine was interspersed with the jack pine, as red pine is more valuable and its inclusion is compatible with a mixed-species forest for the Kirtland’s warbler. With the welfare and profitability of the warbler entwined, the future and continued maintenance of this environment can be ensured.

By creating conservation projects that are sustainably funded, our forests may become more resilient than ever.

“Without generous funding from American Forests and the Government of Canada, and significant in-kind contributions from the Canadian Wildlife Service and Savanta Inc.,” Cox continued, “the project’s economic sustainability would not have been met.”

In the coming years, we will find out the effectiveness of this planting. One can only hope the success of the warbler’s restoration in Michigan will transplant to Ontario and give the species an even greater chance to survive.