Home/AF News, Blog/Why I’m Here: The Story of The Senator

Why I’m Here: The Story of The Senator

Greetings from American Forests’ newest policy intern! Following in the footsteps of a previous intern, I want to tell you a story to help explain a motivator in my pursuit of a position protecting America’s natural bounties.

My story begins 3,500 years ago, when a bald cypress sprout first made its way out of rich, moist swampland in the middle of a wild peninsula jetting out from the bottom of North America. It would be named Florida about 3,000 years later.

As a sapling, the cypress spent his formative years growing slowly but surely in peace and isolation, with only occasional visitation from an alligator swimming near his ever-expanding knees, or a migrating bird perching in his branches. His closest friend began growing 1,500 years after him just 40 feet away. Their friendship would last longer than the Roman Empire, and her beauty and his strength were unparalleled.

After few thousand years, his branches reached higher and his trunk stood wider than any other bald cypress in the entire swamp, and unbeknownst to him, the world. In fact, his massive size and strong presence became a landmark to native people as they meandered through the swamp’s watery maze, boughs pointing the way. By the 1800s, Florida visitors began navigating the wetlands to marvel at the magnificent tree and his lovely companion.

In the 1920s, after thousands of nameless years the tree was christened “The Senator,” a regal name bestowed upon him honoring a Florida state senator who donated his land, on which the tree grew, to become a public park. Over the next nearly 100 years, thousands of Floridians, and even a U.S. president, flocked to Big Tree Park to see The Senator standing proudly by his friend who came to be called Lady Liberty.

As a girl, I visited them. I was transported to a different time while gazing at their natural beauty. I remember how small they made me feel, and yet simultaneously so connected to nature. Many people probably think of the swamp as an undesirable place, but to a true Floridian, there is nowhere more special. They give us our wildlife, fresh water and a secret retreat from tourist-packed beaches and theme parks. The Senator and Lady Liberty were local treasures and very beloved.

The Senator, even in old age, was a sturdy fellow. He withstood lightning, hurricanes and all Mother Nature’s trials. Only one thing was able to overpower him: the carelessness of humans. In a moment of selfish thoughtlessness a young woman decided to use the safe haven The Senator created in the swamp for all the wrong reasons. She lit a fire at his base to light the night while she indulged in drug use, and although it was not her intent, she brought The Senator to his cypress knees in January 2012. He was the fifth oldest tree in the world.

By the time the firemen came, Lady Liberty had watched her companion burn down from the inside out. I remember hearing the news, which spread through central Florida as fast as the fire had.  Our community was heartbroken to learn of the loss of one of our most iconic members.

I was already nearing the end of my undergraduate career. It was too late to suddenly change majors and become an environmental scientist (I was studying political science), but The Senator’s story had lit a different kind of fire in me, a passion for making preservation and conservation of our nation’s forests and ecosystems a priority in my life. When, as a graduate student, I saw an opening for an internship blending politics and environmentalism at American Forests, I jumped on the opportunity. 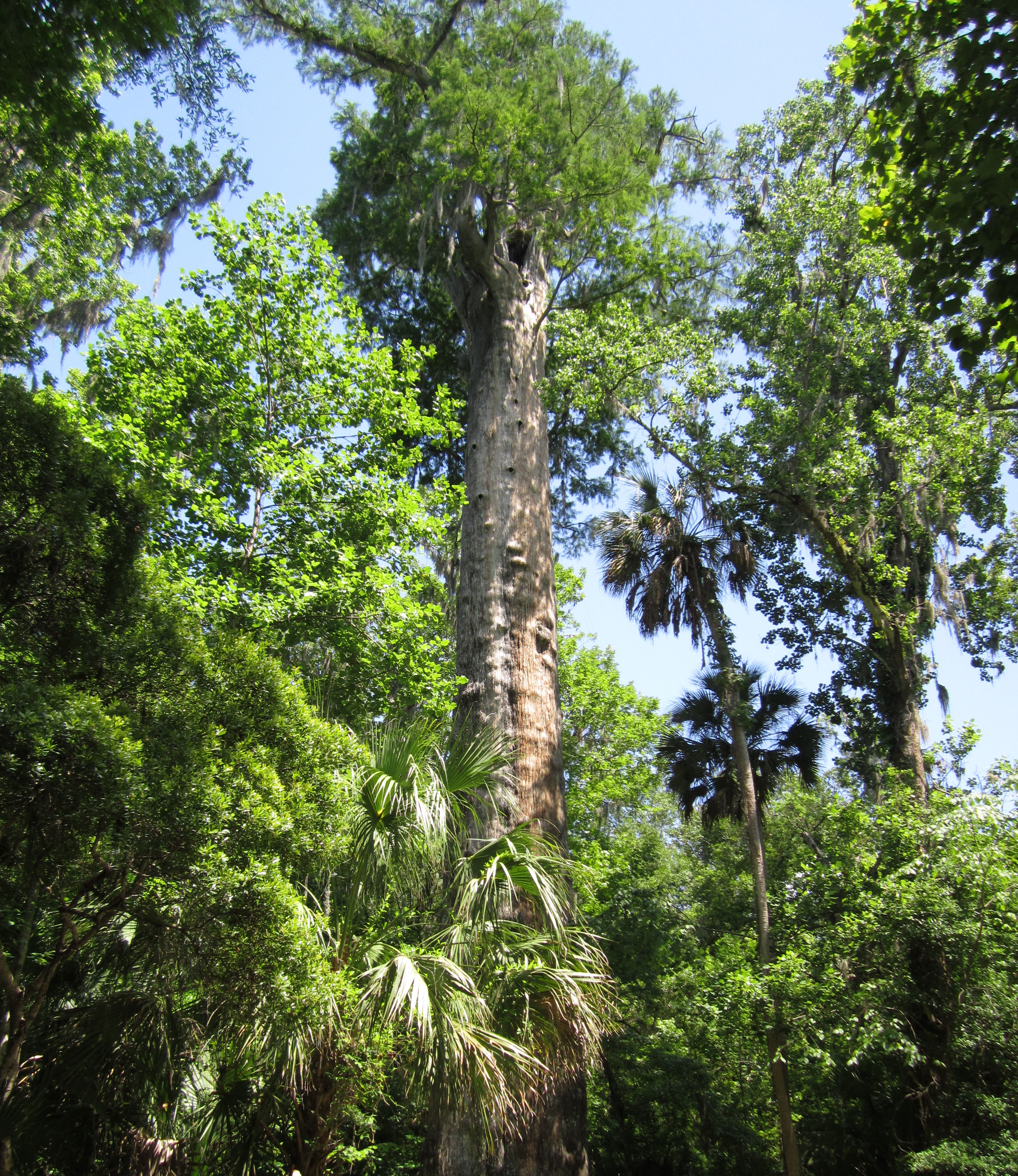 American Forests even has a Big Tree program, which began in 1940 with a call to Americans to locate, measure and protect the biggest of a hundred different species of trees. Joseph L. Stearns was inspired to appeal for this project due to a very similar story to The Senator; a giant yellow poplar near Asheville, N.C. was burned down from two hunters’ careless mistake. Today, the registry boasts 705 champion and co-champion trees, the largest of which is General Sherman in Sequoia National Park, and is updated annually; 2016 will be released soon!

One of the first mentions of The Senator by American Forests is in the magazine from July, 1929 in The Sovereign Cypress, a piece praising the tree’s “marvelous size and antiquity.” The Senator is mentioned again by a reader’s letter in the 1940 journal and was listed in the first official registry of big trees the following year along with scores of other impressive trees around the country, some of which are still on the registry today.

The Big Tree program allows other Americans to experience the majesty of some of our land’s largest wonders. I couldn’t be more excited to get to work to ensure that future Americans have the same chance to feel inspired by and connected to our forests as I did when I first saw The Senator.

If you’re interested in learning more about American Forests and big trees, visit our Big Tree Program page. You can also read more about the fire that killed the Senator in an earlier blog post, Saying Goodbye to the Senator or in our magazine at Death of the Senator.