Home/Blog, Climate/Hurricanes and Forests: Impacts over the Past Two Decades

Hurricanes and Forests: Impacts over the Past Two Decades 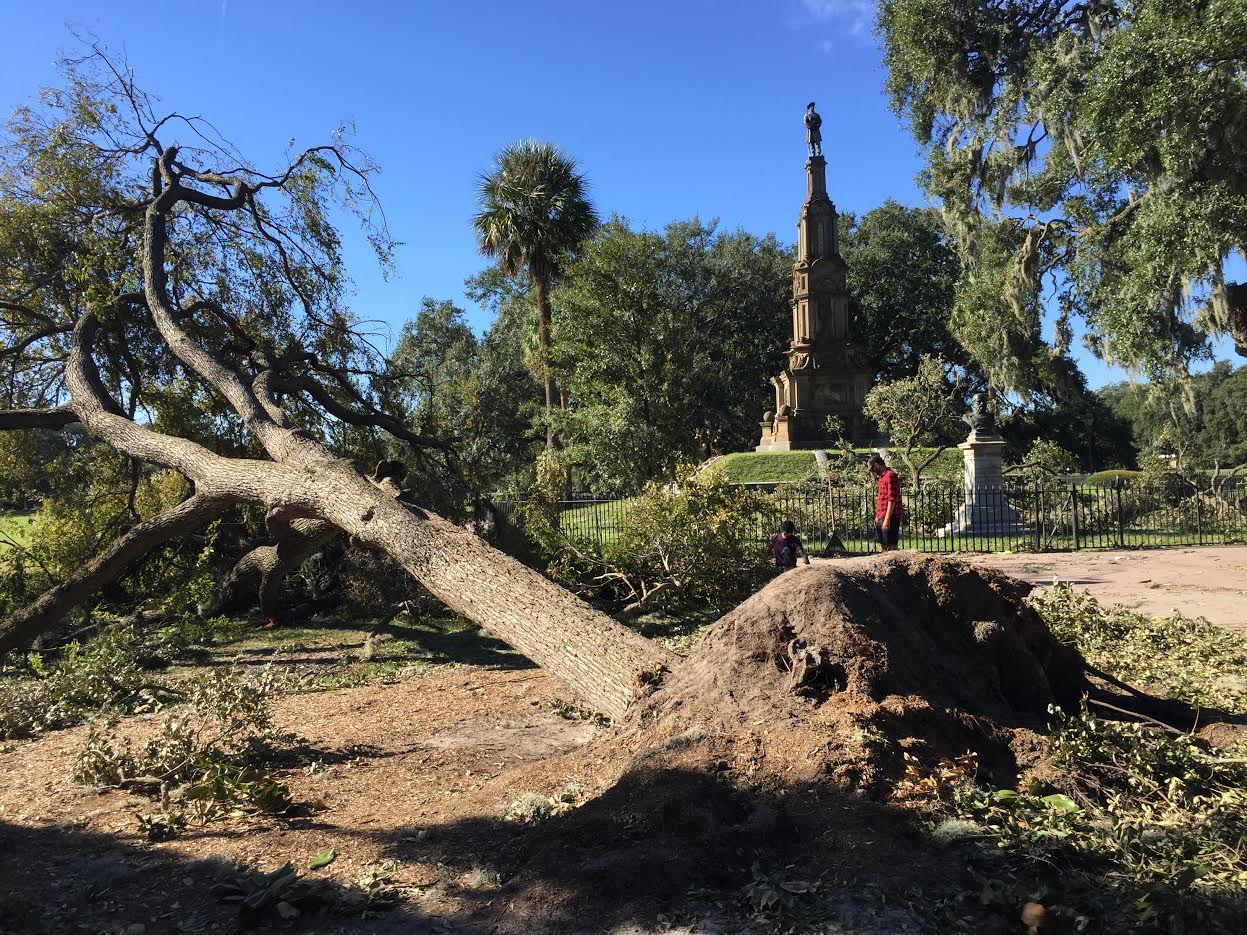 Hurricane Matthew first made contact with the east coast of Florida on Thursday, October 6, 2016, as a Category 4 hurricane, which eventually weakened to a Category 2 by the time it passed Jacksonville, Fla. on Friday night. The eye of the storm made landfall in South Carolina Saturday morning as a Category 1, which was weaker than originally anticipated and is currently headed out to sea away from major land masses. Still, the storm caused massive destruction, not only in the U.S., but in the Caribbean as well.  Haiti’s Acting President Jocelerme Privert announced Sunday night the death toll had risen to more than 1,000 with many more still unaccounted for. In the United States, at least 18 people have been confirmed dead by authorities in four states. In addition to the damage done to cities and towns, forests from Florida to North Carolina also took a beating. Thankfully, Hurricane Matthew was not as large and powerful as past storms because, through past experiences, we know large hurricanes can be especially dangerous to forests.

Hurricane Hugo made landfall in South Carolina in September of 1989, as a Category 4 hurricane. According to Southern Forests, almost four years’ worth of timber was destroyed in 24 hours. The combination of 130-mile-per-hour winds and storm surges of salt water from the Atlantic damaged roughly 4.5 million acres of forest in South Carolina alone. Almost 25 percent of the damaged forests needed reforestation after the storm had passed. Hurricane Hugo still stands as one of the most devastating natural disasters to hit South Carolina’s forests.

Hurricane Andrew was the most destructive hurricane in Florida’s history, destroying 25,000 homes in Miami-Dade County alone and killing 65 people.[1] The greatest environmental impact came when Andrew passed over the Everglades and Biscayne National Parks. The storm knocked over or damaged trees on roughly 70,000 acres, including 25 percent of pine trees and 33 percent of royal palms in the Everglades.[2] Although the damage was catastrophic, researchers found that within three weeks of the storms passing, the surviving vegetation had already began to sprout new growth, and most trees in the Everglades today are growing normally and beginning to fill in the gaps Andrew left.[3]

After Hurricane Katrina finished its destruction of the gulf coast region in 2005, nearly 5 million acres, or 320 million trees, throughout Mississippi, Alabama and Louisiana had been wiped out.[4] According to a study by Berkley Lab, the loss of so many trees was not only devastating to the ecosystem within these forests, but also to the Earth’s atmosphere. Young forests are considered to be “carbon sinks,” which take carbon dioxide from the air and store it in vegetation.[5] However, when a storm such as Hurricane Katrina flattens these young forests, all the carbon dioxide has no where to go except up, negatively effecting the ozone layer and adding to the problem of climate change.[6] It was estimated by NASA and scientists at the University of New Hampshire at Durham that the total carbon losses were about 60-100 percent of the net annual amounts of carbon released by carbon sinks in the U.S., or, in more basic terms, roughly a 10 percent increase to annual U.S. fossil fuel emissions. [7]

Hurricane Ike made landfall near Galveston, Texas as a Category 2 hurricane; however, the storm surge had the same effect of a Category 4. As a result, the damage was widespread and major. While the impact on forests was small compared to Hurricanes Andrew and Katrina, one must remember that there are far fewer forests in Texas than in the rest of the southeast. According to the Galveston Island Tree Conservancy, 31,000 trees were knocked down due to the near 100-mile-per-hour winds, and more than 10,000 trees lost half or more canopy cover, meaning they were deemed likely to die by crews who assisted in the cleanup process.

These two storms were unique because they occurred so close together and hit areas not accustomed to powerful hurricanes. Just as Louisiana took the brunt of Katrina and Florida took Andrew, New Jersey was the most affected by Irene and Sandy. Most of the Northeast and Mid-Atlantic is covered with trees, many of which evolved to withstand snowstorms, not hurricanes. The powerful winds and torrential rainfall did a number on many New Jersey forests, in particular. The Newark watershed lost thousands of trees, many of which were hundreds of years old and will, therefore, take hundreds more years for the forests to look the same again.

There was major concern of Hurricane Matthew causing a similar effect as Andrew, Ike, Irene, Sandy and maybe even Katrina on our southeastern forests. However, most of the widespread damage occurred in Haiti and Cuba, leaving U.S. forests relatively unharmed. Thankfully, Hurricane Matthew spared the Everglades and most other major forests by only sideswiping the coasts, and, though many trees came down in Florida, Georgia, South Carolina and North Carolina, it was not nearly as bad as many had feared. Had the storm shifted 20 miles west, there could have been massive destruction to southeastern forests.

Hurricanes happen regardless of climate change. However, storms will only continue to become worse and more frequent if major action is not taken to combat climate change.  Without real action, many forests on the east coast and near the Gulf of Mexico will suffer. As fallen trees are a source of carbon, yet living trees are our planet’s greatest land-based carbon sinks, without  healthy forests there may be too much carbon dioxide in the atmosphere to avoid major climate change effects, even if meaningful legislation were to be passed. Humans need the benefits of forests to survive, meaning we are at risk if hurricanes continue to severely damage them. A major storm once in a while is natural, but more and more will start to harm forests and humans themselves if climate change continues to progress.