Just outside downtown Detroit lies Meyers Nursery, a 72-acre plot within the larger Rouge Park. For the last 10 years, The Greening of Detroit has managed this land, growing various tree species native to the area and redistributing them across the city. American Forests has worked in Detroit since the inception of our Community ReLeaf program in 2013, and recently completed a planting at Meyers Nursery in partnership with The Greening of Detroit and Bank of America.

On May 15, 2018, approximately 25 volunteers came together from nearby Bank of America offices to plant 200 seedlings – half pin oak, half serviceberry – both native to Michigan. The pin oak is a common tree for urban areas, as it’s easy to plant and tolerant of many conditions. Serviceberry trees are a popular choice for their smaller size and berries, which can be enjoyed by both wildlife and humans.

To kickoff the planting, volunteers heard from Eliza Kretzmann, urban forest program manager at American Forests; Fai Foen, interim green infrastructure director, new projects + business development at The Greening of Detroit; and Lionel Bradford, president at The Greening of Detroit. All spoke to the incredible benefits of trees and how those planted today would become valuable assets to the entire city. 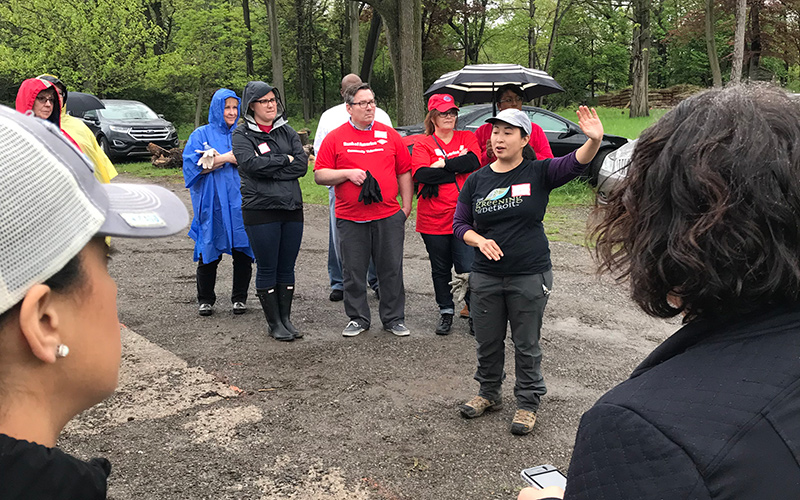 Volunteers were then trained on correct planting techniques by the nursery manager and citizen foresters with The Greening of Detroit. 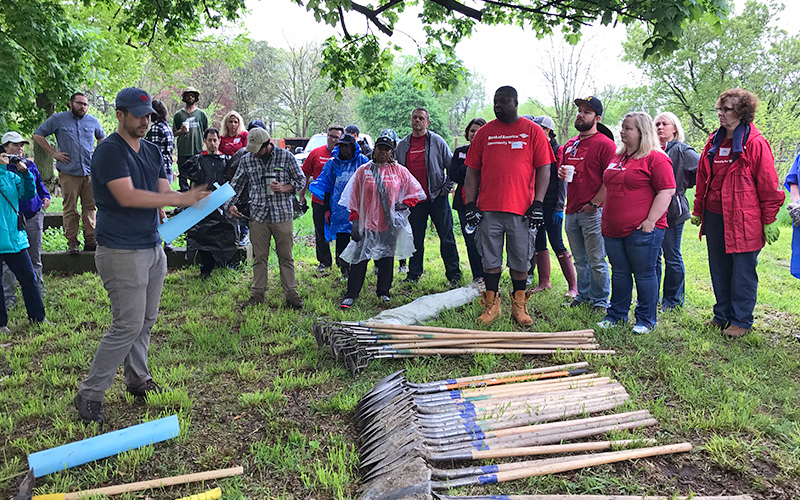 To safeguard the young trees, volunteers are taught how to assemble a protective covering.

Once they knew what to do, volunteers got to work digging, planting and mulching. Rain welcomed the freshly planted seedlings, which will find new homes in and around Detroit after they’ve grown larger. 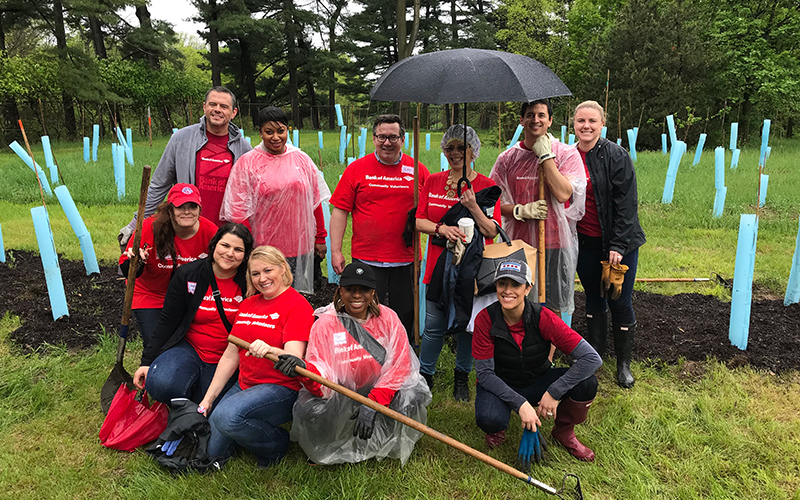 In addition to planting trees and maintaining greenspace, the Greening of Detroit also provides education and workforce development training to community members, all of which create social, economic and environmental benefits to the city of Detroit. American Forests helped to establish the first outdoor education center in the city and will continue to support the reforestation of Detroit with the help of generous partners like Bank of America.

LightStream supports American Forests by donating a tree for every loan they fund. Rugged peaks

Bringing Tree Equity and urban forestry jobs to five U.S. cities In some