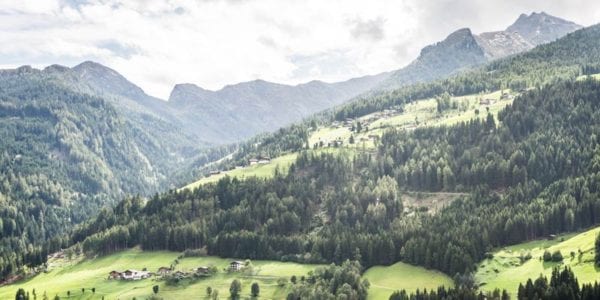 Check out this week’s forest and environmental news!

Nature returns: When dams come down, fish come back — Medium

The removal of 12 dams and improvement of passageways has re-opened more than 100 miles of river to migratory fish in the northeast since 2012. Though the U.S. Fish and Wildlife Service’s work as part of post-Hurricane Sandy efforts to improve coastal habitats, is far from done, thousands of fish have already returned to their original habitats.

The world’s largest organism is dying, but there are still ways to save it — CNN

The organism in question is Pando, a single aspen stand that covers more than 100 acres in Fishlake National Park, Utah. The local mule deer population, along with other herbivores, has been eating away at Pando increasingly over the last decades, and researchers are trying to determine the best way to protect the stand.

Years of devastating wildfires have spurred Washingtonians to fight fire with fire by using controlled burns to create clear, defensible areas where firefighters could make a stand in the event of another threatening blaze.

On sizzling summer days, Northeast D.C. heats up the most, NOAA analysis shows — The Washington Post

The National Oceanic and Atmospheric Administration collected data on D.C.’s summer temperatures as part of a study on the urban heat island effect, and it turns out temperatures can vary up to 17 degrees within the District on the same day. Green spaces were significantly cooler, with areas such as the National Arboretum reading as 10 degrees cooler than areas only a few blocks away.

At the beginning of the week power company PG&E shut off power to nearly 60,000 residents of Northern California due to high winds that were believed to pose a threat to power lines, which could in turn cause wildfires. Power was shut off Sunday night and wasn’t fully restored to all customers until Tuesday, though power was restored in some areas on Monday. (Now some are asking if the shutdown was necessary.)