So, What Can We Do about These Floods? 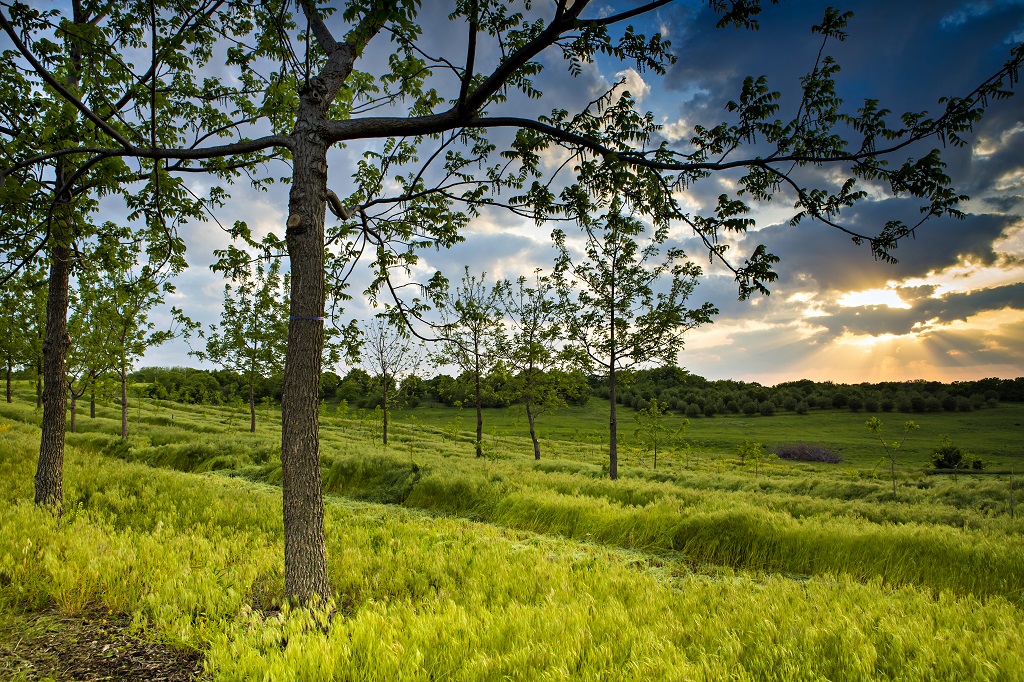 In Part 2 we discuss the positive impacts that existing trees have across the board, and what kind of benefits are involved with replanting areas converted to other uses.

Trees aren’t the only answer to this problem, but they certainly help. During a hot summer, a single pecan tree will soak up 150 to 250 gallons of water per day.[i] Other types of mature trees will intercept more than 30,000 gallons per year. Your average acre of forest today may have up to 200 trees per acre, while farmed lots — we will get into trees and farming later in this article — can have up to 1,000.Whether it’s a natural forest or a farmed forest, that’s a lot of water! One study in Pennsylvania found that removing the forest reduced water absorption in an area by 42 percent. The worst case scenario is if a forest is turned into a parking lot —the runoff from one acre of parking lot is the same as the runoff from 36 acres of forest. [ii] And, with forest runoff, it is water that has been cleaned and filtered — suitable for healthy forest streams and brooks that sustain wildlife — unlike the parking lot water

Trees also filter this run-off. Agriculture, lawns and parking lots all inject pollutants into our groundwater. These include fertilizers, pesticides, hydrocarbons, heavy metals and nitrates. These pollutants end up in the Mississippi River, along with industrial waste. More than 50 cities and millions of people rely on the Mississippi for drinking water and waste disposal.[iii] There’s an irony in drawing your drinking water from a river that’s unswimmable in many places and has created a Dead Zone in the Gulf of Mexico.[iv]

Bordering a stream with forest also slows the release of water considerably. When it comes to floods, think about it as similar to rush hour traffic: if all drivers spread themselves out evenly over the course of 24 hours, our existing infrastructure could handle it easily and driving would be untroubled. Jams and road-rage happen because everyone needs to drive at the same time, and the infrastructure is overwhelmed. Floods are the same way: if all the rain water in a catchment reaches a river instantly, you’re liable to experience a flash flood that breaches structures built to contain that river. If you manage to slow down the release of that water over a longer period of time, peak water levels never become dangerous. Fallen trees create leaky dams, and riparian forests as a whole prevent erosion, creating predictability. A delayed flood peak and predictable outlets can keep floodwaters that one crucial foot under levee levels. 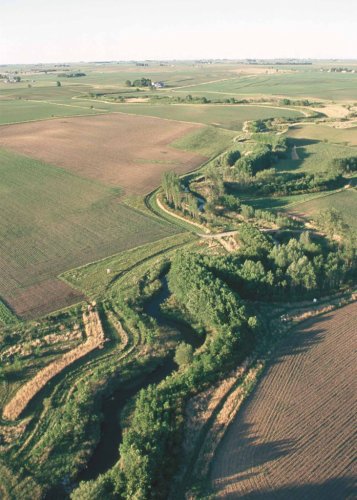 The biggest question that remains is “how do we get people to plant trees, when there seems to be more profit in other uses for the land?” There are many answers to this question.

The first thing, and probably the simplest thing to keep in mind, is that, if farms get flooded, it’s going to cost a whole lot more than it would have to have converted a fraction of the land to forest. The 2011 flood cost farmers along the Mississippi approximately $2 billion in crop loss alone, and that’s before accounting for what it cost to repair those fields to yield in future seasons. On top of defense against flooding, forest windbreaks can help prevent soil loss, keeping productive soil from being blown away. In this manner you could think of forest buffers as an eco-friendly insurance payment.

The second thing to remember is that there are a whole number of secondary benefits to planting trees that end up saving money for private citizens and public welfare as a whole. Health-wise, removing pollutants from the drinking supply is a huge benefit. Trees also remove particulate matter from the air and can help lower temperatures in surrounding areas, both through evapotranspiration and the shade they produce. According to the department of energy, planting for shade can reduce a home’s air conditioning costs by up to 50 percent![v] Livestock also benefit from the shade produced during long summer days.

The third thing to remember is that farms can also directly make money from trees. Many trees create harvestable crops, and the leaves that fall from trees make soil more nutritious (reducing the need for chemical fertilizers). But, it’s not just fertilizer — agroforestry practices are booming right now because many farmers have realized that integrating trees into their property makes their land more profitable across the board than keeping it conventional.[vi] This integration is a science. The director of the Forest Service’s National Agroforestry Center, Andy Mason, says “Agroforestry is not converting farms to forest. It’s the right tree at the right place for the right reason.”[vii]

Following in Their Footsteps

Protecting — and enhancing — farms with trees is not a new idea. It first gained major popularity in the United States because of the Dust Bowl, when the government created policies to help prevent wind erosion. These policies lasted until Earl Butz came along. The next step for us U.S. citizens is to bring back support for more flood- and eco-conscious attitudes towards trees on our farms and in the wild. This would mean changing the way that incentives are currently constructed for farmers. The rest of the world is already way ahead of us.