The world’s tropical forests lost around 39 million acres of trees in 2017, largely due to anthropogenic deforestation, but conservationists are finding hope in using drones to monitor, preserve and even regrow the Earth’s forests and wildlife populations. 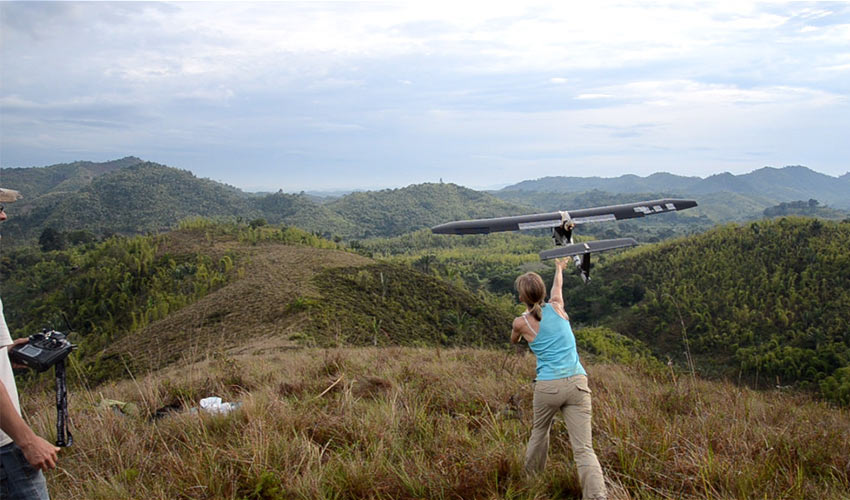 In January 2011, two conservationists met for the first time and changed conservation history. Lian Pin Koh and Serge Wich envisioned an inexpensive way to improve monitoring wildlife in remote regions. One year later, they built and tested the first-ever conservation drone in North Sumatra, Indonesia, and the results were unprecedented.

Most of us have heard about unmanned aerial vehicles (UAV), commonly known as drones, and some of us might even own one. Although drones originated in the military, their use has expanded to include recreational and commercial purposes, and scientific research that can be used to save forests.

Surveying wildlife is what Koh and Wich had in mind when they designed a low-cost UAV equipped with cameras, sensors and an autopilot system to gather data on declining orangutan populations in Indonesia. The drone flies itself along a pre-mapped route, taking photographs and videos along the way. Alternatives such as satellites, helicopters or counting wildlife populations manually are costly and time consuming, and do not provide high-resolution images or up-to-date data. 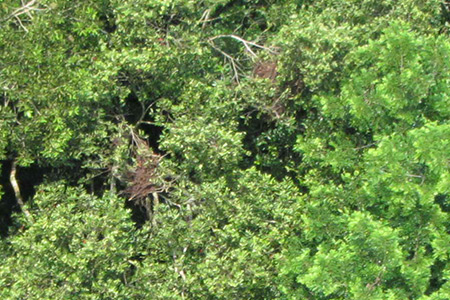 During the test flight in Sumatra, the drone captured videos of oil palm plantations, orangutan nests, and logging and vegetation burning to clear forests for agriculture. It was clear these drones could not only be used for data collection and topography, but also for protecting forests and wildlife from deforestation and illegal activities. 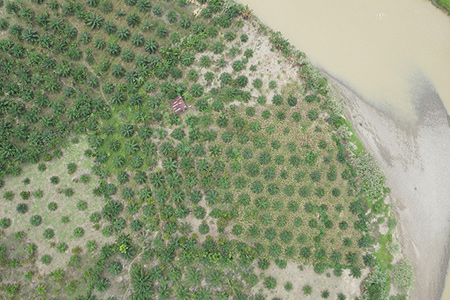 Drones are used to monitor the spread of oil palm plantations, like the one above, which are a leading cause of deforestation in Southeast Asia. Credit: conservationdrones.org

“One of the people we have helped in Indonesia was able to detect loggers encroaching in a national park and also collect evidence of illegal logging within the national park at a small scale,” Koh said, “at a scale where the [drone] technology is able to perform well.”

Conservation drones are mainly used for mapping habitats, counting wildlife and patrolling protected areas. Despite the limited flight time of drones due to current battery technology, Koh asserted that conservation drones are making a difference in forests all over the world, and the technology will only continue to improve allowing drones to stay in flight for longer periods of time.

“[We wanted] to raise awareness about this technology to people who are not aware of it yet,” Koh said, “and to also hopefully inspire people to think about new technology that could be adapted for conservation use.”

In the U.S., drones are being used for various conservation purposes, by the U.S. Fish and Wildlife Services, the U.S. Department of the Interior, and nonprofit conservation groups.

Avilez is confident that as drone technology continues to improve, conservationists will regularly be using drones in their work monitoring, mapping and sustaining ecosystems.

Read about how conservationists are using drones to protect forests and wildlife.

Check out what’s happened this past week in forestry news!  Climate Change Is Making It Harder to Revive

The Language of Trees

Discover the beauty of winter buds through the perspective — and camera lens — of author and photographer Rutherford Platt.