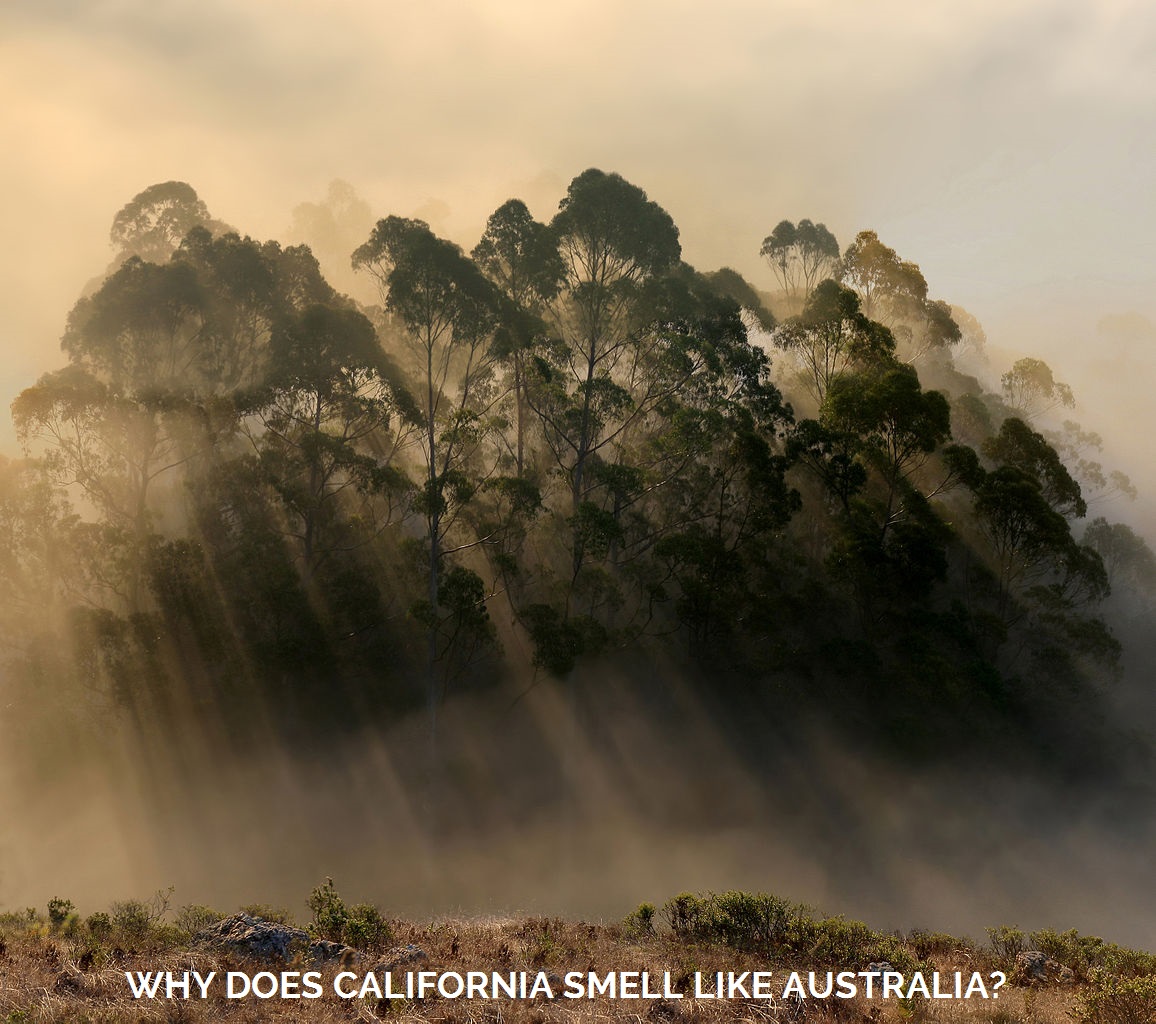 THE SHORT ANSWER IS, of course, the eucalyptus trees that cover the state from head to toe. The long answer is a history of colonization, of flora and fauna, of invasive species and attempts to resist them, of faulty research and fiscal ambitions, of public perception and eco-activist espionage.

Europeans first set foot for California in large numbers during the 1700s, but it wasn’t until the Gold Rush of 1849 that the population of invasive species really spiraled upwards. Prior to the Gold Rush, there were roughly 7,000 people of mixed-European descent living in the region. The 1860 census recorded 379,994 residents, with somewhere between 80 to 90 percent of those having arrived in the last decade, due to the Rush. Today, more than 38 million people live in the state.

What does this have to do with eucalyptus? Well, when you look at the numbers of vegetative invasive species, their spread resembles the human statistics. According to Teisha Rowland, a biologist at the University of Colorado, there were 16 non-native species in California by the early-1800s, and the number jumped to more than 130 by 1860. Today, there are more than 1,000. 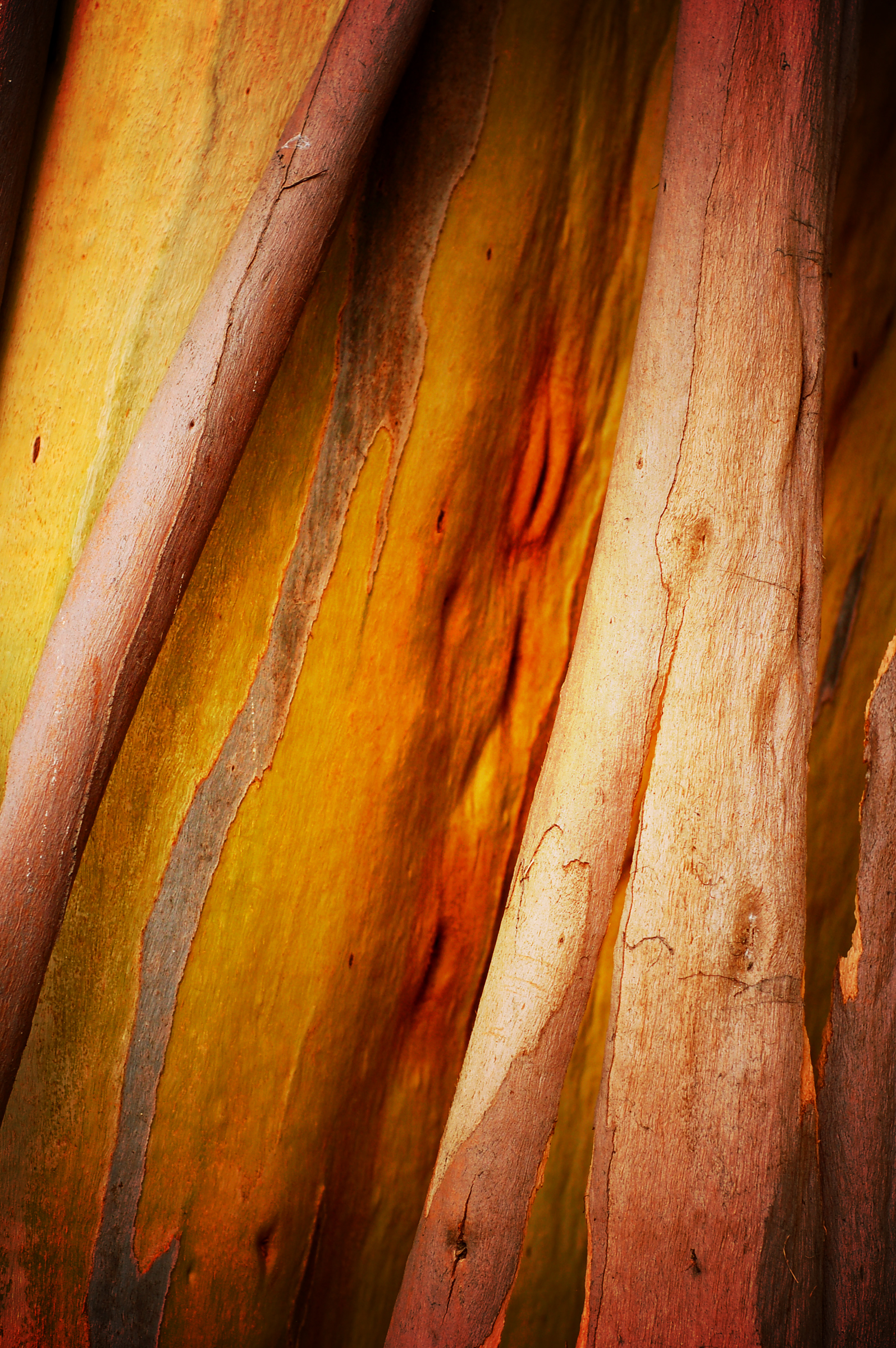 Specimens of eucalyptus reached the Western world during the 1770s, from Australia. They were quickly quite popular. The groves growing along the Australian coast were discovered to be quality timber, especially because some variants among the species can reach more than 300 feet tall (that’s a lot of wood!). The first recorded eucalyptus planting in California was in 1853, in the Golden Gate Nursery.

The Gold Rush depleted much of California’s old groves (miners eventually need houses, too) and sent many businessmen in the state looking for replacements. They settled upon the eucalyptus, believing it would have a wide variety of uses — everything from basic timber to industrial oils. Newspapers commented that “there is a pretty chance to make a fortune in the growing of gum trees.” Commercial plantings of the blue gum eucalyptus began in the 1870s.

What chiefly excited the entrepreneurs of the more than 100 companies that ended up planting eucalyptus was that the trees grew extremely quickly, and, once chopped down, would grow right back up without requiring a replanting — it seemed a wonder crop. A century or so later, these aspects of the eucalyptus would not seem so wondrous, but they convinced many at the time to plant the Australian tree. One notable example, Frank C. Havens, planted millions of eucalypts across 14 miles in Berkeley and Oakland.

A photo of Frank C. Havens from Localwiki.

Planning to harvest the trees for lumber, perhaps for use in shipbuilding or housing, Havens quickly found out that it would all be useless. Young eucalyptus wood has very different qualities than old eucalyptus; the millions he planted could not be quickly turned into boats like the trees in Australia, which were frequently over a century old before being harvested.

The tragic part of his story is that he began planting in 1910, long after the first commercial ventures in the 1870s had disproven the tree as a quality source of lumber. The mills and nurseries he opened closed shop in 1914. He wasn’t the only one: The city of San Diego planted millions of the trees around the same time as Havens, and continued planting into the Roaring Twenties, planning to use the wood for railroad ties. The timber warped and broke, unusable. San Diego eventually recouped its investment by selling off the forested land as estates to Hollywood celebrities. 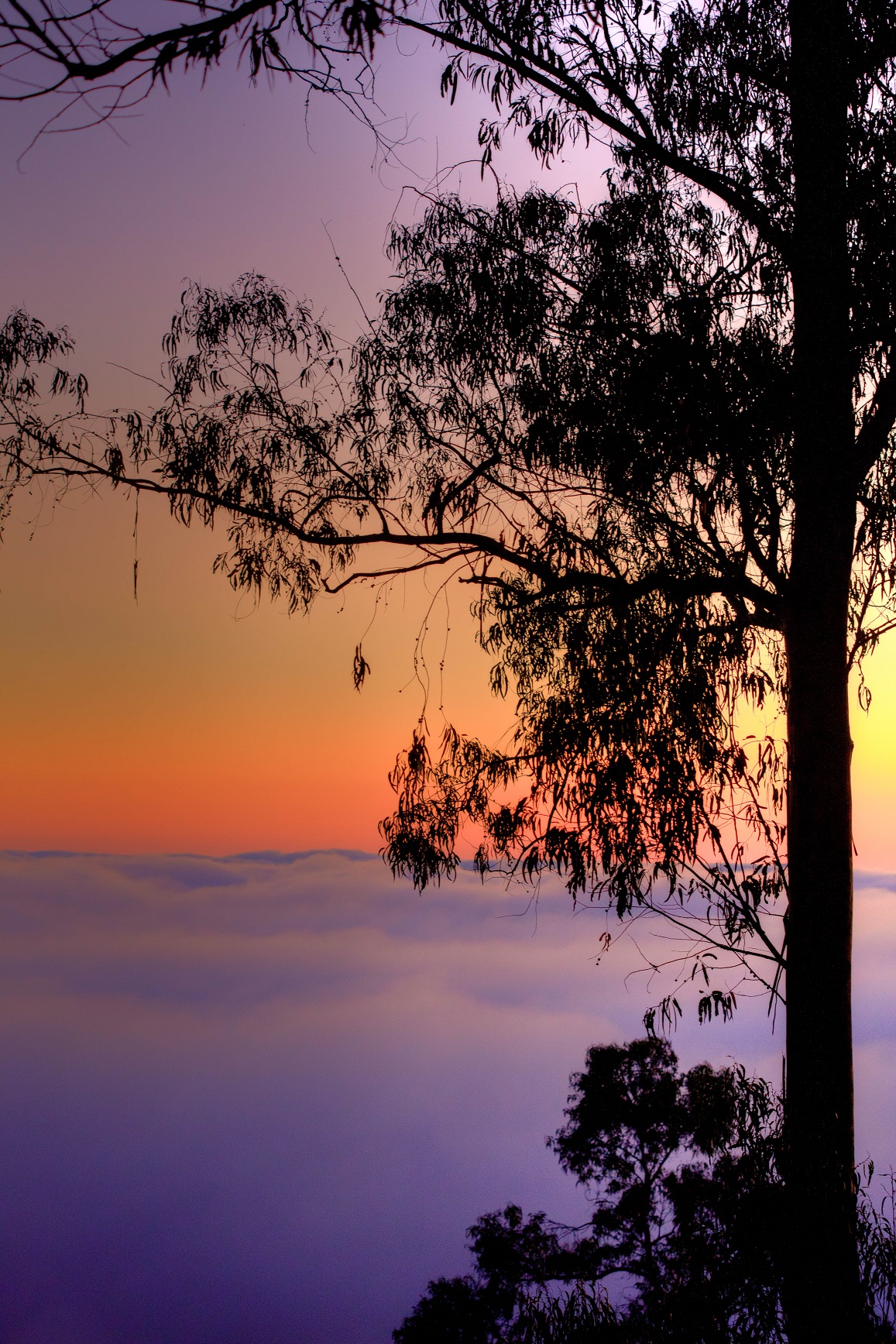 This marked the transition for the tree into its Californian middle age. Scientists during the 1800s hawked the tree as an antiseptic, deodorant, anti-spasmodic, expectorant and stimulant; also as a cure for insomnia, dysentery, tuberculosis, diphtheria, bladder infections, venereal disease and malaria. And even though it does have legitimate medicinal uses, by the end of the 1920s, Californians were coming to terms with its chief use: It looks good while it breaks wind.

“In the reclamation of many arid plains of the central and southern parts of California the blue gum has worked almost like magic,” tobacco-heir and eucalyptus-proselytizer Abbot Kinney wrote in his book, “Eucalyptus.” “It modifies the winds, breaks the lines of view all so quickly that one can scarcely realize that a valley of clustered woods and lines of trees was but a year or two before a brown parched expanse of shadeless summer dust.”

This optimism for the tree continued even through the 1960s, as even the nature writer for the San Francisco Chronicle, Harold Gilliam, wrote to attest that “the Eucalyptus seems an indispensable element of this State’s landscapes, as indigenously Californian as the redwoods, the poppy fields, the long white coastal beaches, the gleaming granite of the High Sierra.”

Jared Farmer details the change in public perception in his book, “Trees in Paradise.” He posits that the deep freeze in the early-1970s first showed Californians how indestructible the trees truly were. Assumed dead, the eucalypts were set to be removed — until it was discovered that only the above ground elements of the tree had deceased. Thus the Californians learned that only repeated and regular treatments of pesticide to the roots could get rid of the eucalyptus. Cutting them down or burning them would not.

Of course, their indestructibility was the reason they were planted in the first place, back in the 1870s. We can’t hold their selective memories against the Californians, however: something about this tree just sponsors being a step or two out of touch with reality, which may be why the National Park Service first decided to announce their intentions to destroy the trees in 1986 — on Arbor Day.

Since then, several efforts to clear parts of the state of the invasive trees have gained momentum, before eventually derailing in the face of the enormity of the task (and its side-effects: the poison required would certainly affect other species). Some of the efforts have succeeded, but most have been curtailed. San Francisco’s Angel Island, for example, was cleared of all eucalypts — except for a 6-acre plot deemed “historic.” Given that, one wonders what exactly “history” means.

Part of the problem in this debate is that there is confusion about the eucalyptus’ impact on the ecosystem.

Because the tree can be poisonous to local flora and fauna, are the eucalyptus choking out native, non-adapted species?

Did all of the excessive leaf litter created by the trees fuel the 1991 Oakland Fire Storm?

Are underground enviro-radicals importing destructive insects from Australia to wipe out the trees? 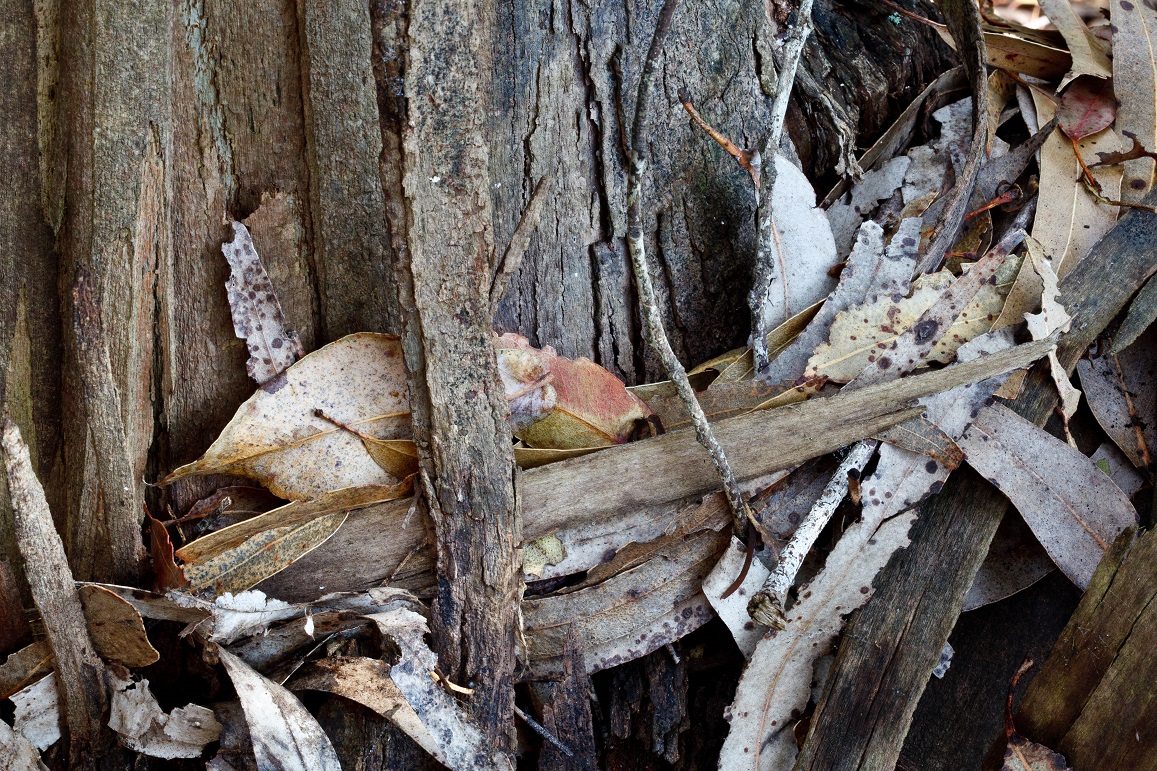 In typical fashion, the answers for all of these questions are simultaneously yes, no and maybe — to all of them: Ecosystems are incredibly diverse, and California has many different types; the homes affected by the Oakland Fire Storm were cited by FEMA as the primary source of fuel, but eucalyptus litter is especially flammable; and who knows what sort of samizdat underground eco-activists might be distributing. One thing, however, is for sure: Something definitely smells.

What is the urban heat island effect?

Why is one neighborhood hotter than another? Chances are it is because it has fewer trees. Trees