American Forests: On the Forefront of Climate Action 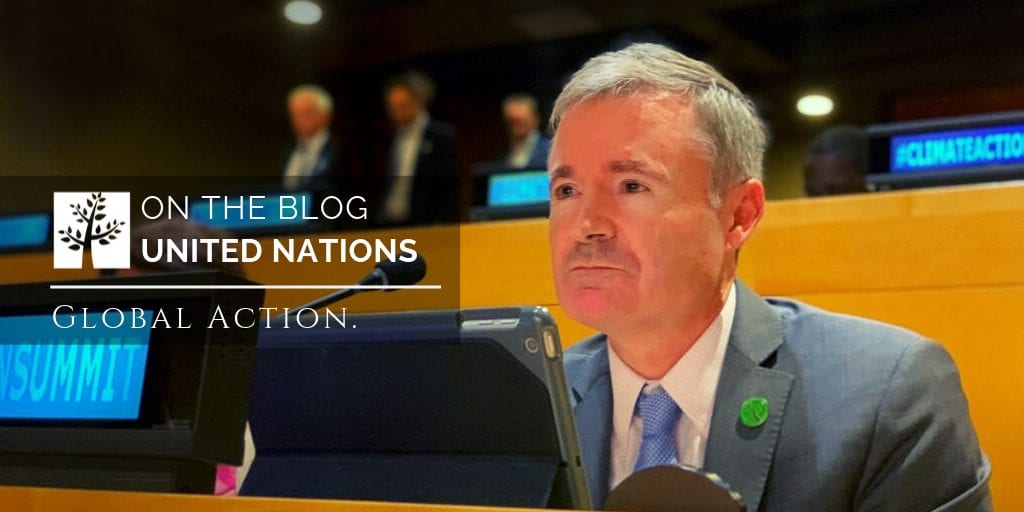 American Forests: On the Forefront of Climate Action

Climate change has been a hot topic over the last week. Students around the globe took to the streets Friday to demand more movement related to climate change and, on Sunday, global leaders debated the issue at the annual United Nations Climate Action Summit in New York.
–

American Forests was in on the action, driving home the point that, without healthy and resilient forests coast to coast, we won’t be able to mitigate or adapt to climate change.

“U.S. forests and forest products currently capture and store almost 15 percent of our carbon emissions from fossil fuels every year,” Jad Daley, president and CEO of American Forests said during the summit. “…We have a unique opportunity in America to drive even greater carbon mitigation gains…and climate resilience through reforestation.”

Currently, the biggest opportunity for doing so, he said, lies in the Climate Stewardship Act, recently introduced federal legislation that, if passed, will result in 16 billion trees planted in the US by 2050.

Comments by Daley and others were well-timed, particularly given the release of report a day earlier saying that the average global temperature (from 2015-2019) is on track to be the hottest of any five-year period. The report drives home the need for nature-based solutions, such as American Forests’ Tree Equity program, which addresses the dramatic disparities in tree canopy that track on economic lines. Addressing this issue helps tackle two issues simultaneously: climate justice and climate action.

Also this week, American Forests sat in on a U.S. Climate Alliance meeting, where governors from California, Virginia and other states voiced their continued commitment to the Paris Climate Accord.

“We are joining forces in ways that we never have before and we will prevail” – @GavinNewsom pic.twitter.com/ujmooWEA38

Participating in the high-level discussion and hearing global plans to create real and lasting change this week has energized American Forests’ efforts. We are most proud to have brought U.S. forests for climate (#forests4climate) into an international audience.

“The great thing about reforestation from our perspective is that it has a role for everyone; It’s literally an all-hands-on-deck strategy that everyone can participate in,” said Daley.

You can help make a difference, please consider making a donation today to plant more trees and help fight against climate change.

Wood Is Good to Act on Climate