Forests provide habitats for 80 percent of land-dwelling animals! But, for some species, they provide more than just a home — they provide a means of camouflage, which is useful for all kinds of daily needs. Here are nine different species that are particularly cunning in the forest camo:

Native to Madagascar, the leaf-tailed gecko has mastered its disguise within the leaves. When in the presence of predators, the gecko is even able to flatten its body against a tree to hide its shadow, becoming virtually invisible.

Children’s Stick Insects are very hard to detect within the foliage of gum and eucalyptus trees in Australia. They look so much like gum leaves, that other stick insects often mistake them for food in crowded situations, especially in captivity.

*Are you enjoying this post? Consider supporting American Forests to help us continue our work to restore, and grow healthy and resilient forests and city canopies all over the country! And you get an award-winning magazine. Free!

The Ghost Mantis mimics withered leaves with a dark body covered in leaf-like decorations that helps it hide among fallen leaves in its native habitat of Madagascar and Africa. 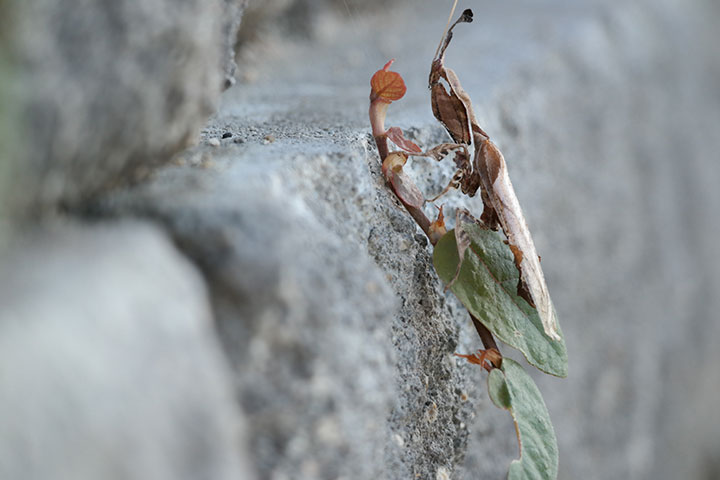 The clever markings on the owl butterfly are an adaptation known as Batesian mimicry, which fools small bird predators into thinking they are owl eyes, a predator that many small birds are conditioned to steer clear of.

The Horned Owl is the perfect camouflage inspiration for the owl butterfly, as the owl itself is a master of the art form. Patterns on the owl’s feathers help them blend into tree bark seamlessly. Also known as the Tiger Owl, the owl stalks its prey from high branches at night, remaining undetectable.

Native to North America, the brown and ivory colors on the moth make it nearly impossible to spot when resting and flattened against tree bark.

The Brown Vine Snake disguises itself as a branch or vine as it waits for unsuspecting prey to cross its path. This snake can be found across South America, through Mexico and into south central Arizona. They’re found in trees or low shrubs.

The leopard’s spots help it blend into tree bark and leaves making it difficult to spot from below. Using the element of surprise to its advantage, the leopard will pounce from its hiding spot in the tree when it eyes prey. The leopard is so strong that it can even pull its prey back into the tree, keeping it out of the way from hyenas and other scavengers.

The three-toed sloth is so slow that algae is able to grow on its coat, helping it blend in with trees. It also spends most of its lifetime suspended in the canopy where they eat, sleep and even give birth. The only defense mechanism the sloth has is its claws; however, its slow movement and camouflage make them very difficult for predators to spot.