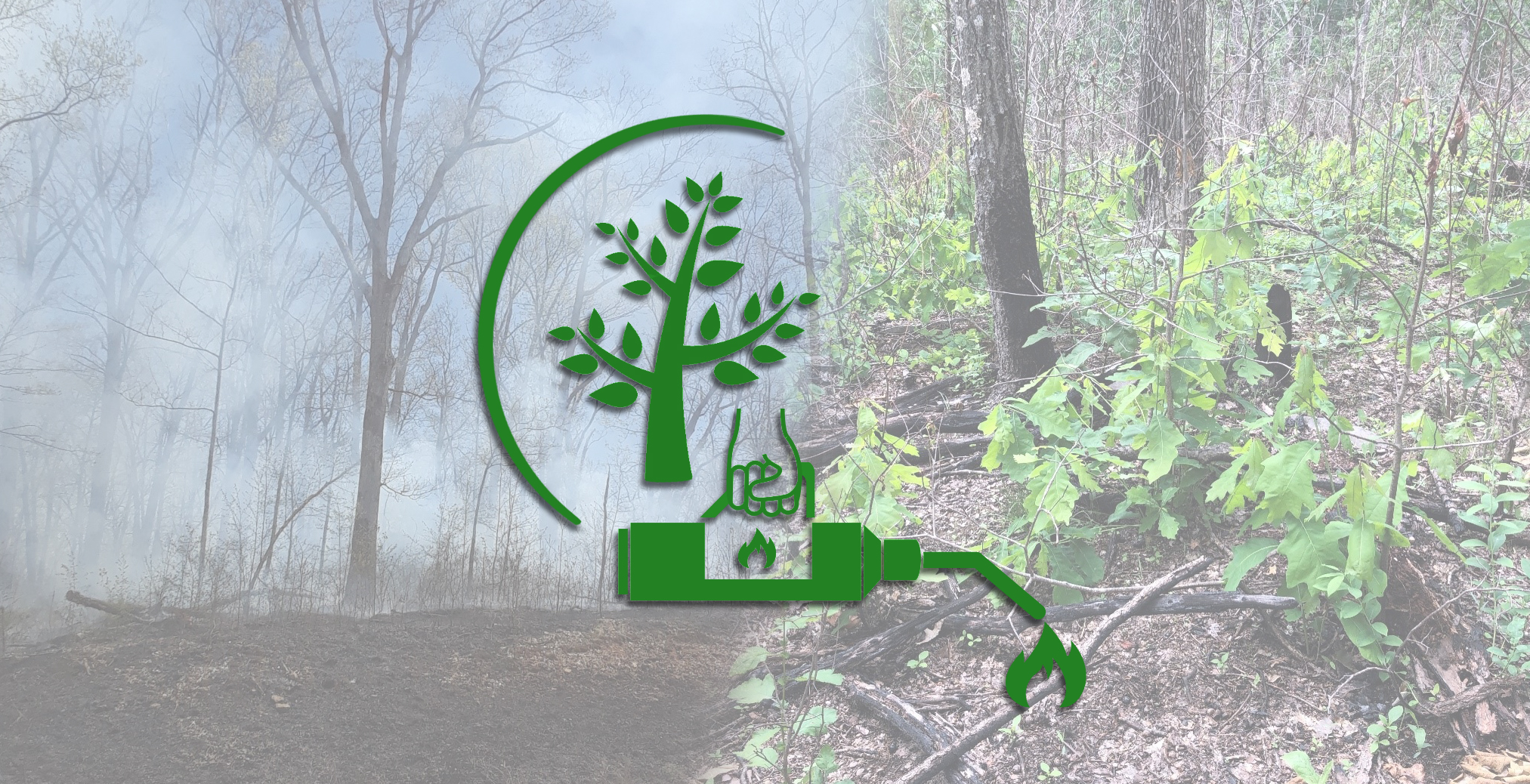 Bedford, Ind. —   The Hoosier National Forest conducted a 700 acre prescribed fire in Perry County, dubbed the Jeffries Burn, in April, 2019.  A prescribed fire is a fairly typical event on the forest in fall and spring, however this particular burn was unique.  In fact, 500 acres of it was the very first prescribed fire for oak regeneration that American Forests has ever provided funding for and it was conducted as a national pilot for similar projects in the future.  The Jeffries Burn was a reforestation cost-share partnership between the USDA Forest Service, a federal agency, and the non-profit American Forests.  Each organization contributed $15,000 to fund personnel, equipment and a helicopter specially equipped for aerial ignition.

Across the Eastern United States, oak forests have sustained us and shaped our way of life. Oaks are not only invaluable trees to wildlife, providing food and shelter to hundreds of species, they are also one of the most valuable woods for making furniture, flooring and other wood products, and support an important slice of the 2.4 million jobs in America’s forest products industry. Oaks are a dominant tree species throughout the eastern forest.  Historically, they were sustained by natural disturbances and the use of fire by Native Americans.  But changing land uses and fire suppression have made the future of oaks less certain. The survival of oak seedlings is challenged in many places by too many deer feeding on them, repeated pest invasions and lack of fires to reduce competition from other tree species. Active management, such as prescribed fire and timber harvest, mimic natural disturbance and is necessary to spur the next generation of oaks.

In the Hoosier National Forest, oak seedlings are present, but they often are outcompeted by shade tolerant species such as maple and beech, and will not become overstory trees without a disturbance mechanism to allow them to receive sufficient sunlight.  Research has shown that prescribed fire is not only highly effective at doing this, but it is also the most cost effective method to reduce competition.  In a prescribed fire oak seedlings have the competitive advantage of being able to resprout and put energy into shoot growth due to energy held in reserve in their large root systems.     Use of a helicopter for aerial ignition of prescribed fire leads to a more intense fire as it can be lit more quickly than fires lit by hand, thus reducing the competing trees more successfully.

American Forests is a steering committee member of the White Oak Initiative. The initiative is working with conservation groups, landowners, the forest products industry, foresters and government agencies to sustain the benefits that white oak provides society.  American Forests is working with partners like the Independent Stave Company, a family-owned cooperage company crafting whiskey and wine barrels, to establish an Oak Restoration Fund that has been used to implement a suite of restoration projects that sustain the environmental, economic and social benefits provided by oak forests. Projects include tree planting, former mine land restoration, forest health treatments, and promotion of natural regeneration.

Past experience has shown that prescribed burning can release approximately 1,000 trees per acre, so it was estimated as many as 500,000 oak and hickory sprouts may result at this site from this treatment. Data collected three months after the burn resulted in nearly 1.2 million oak and hickory sprouts (see Figure 1).  All of these were sprout origin oak and hickory that appeared to be in competitive positions at this stage post-burn. The Jeffries Burn site is part of an ongoing study by the Hoosier National Forest, U.S. Forest Service Northern Research Station, and Purdue University’s Department of Forestry and Natural Resources. The long-term, repeated measure study is comparing several active management methods (shelterwood harvest, thinning, herbicide treatment and prescribed fire) and their results on oak reproduction. 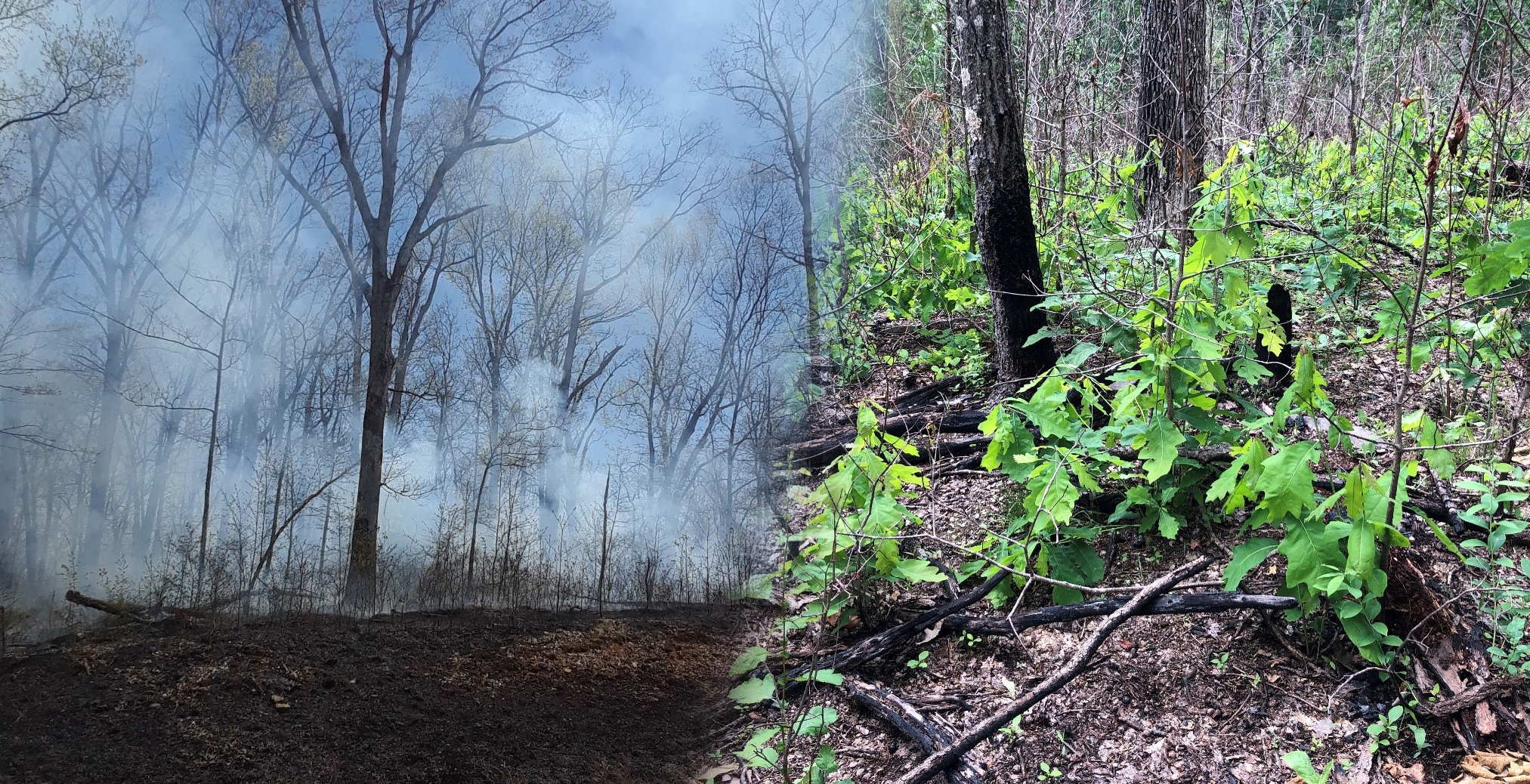