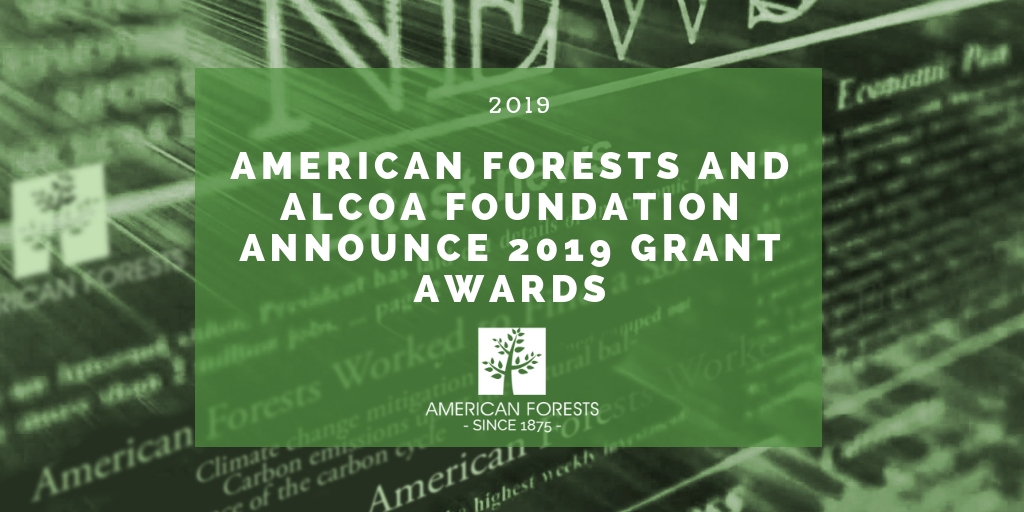 New projects will restore over 150 acres by engaging 2,900 volunteers in tree plantings in ten locations, including Brazil’s Atlantic Forest, cold-water streams in the Pacific Northwest and urban schoolyards in Quebec.

In the Paraíba do Sul river valley in São Paulo, Brazil, Associação Corredor Ecológico do Vale do Paraíba will reforest 2.5 acres of land to serve as an ecological corridor. The planting will establish fruit and nut trees to generate income for local farmers and contribute to a network of restored forestlands that link the Serra da Mantiqueira and Serra do Mar mountain ranges.

In Bellingham, Washington, American Forests will continue its partnership with the Whatcom Land Trust to restore streamside forests in the Kelsey Reserve. Tree planting will improve water quality in nearby creeks and safeguard important downstream habitats for shellfish, pacific herring, and endangered salmon.

In Quebec, American Forests will support the Trois-Rivières Foundation for Sustainable Development’s plans to plant 28 shade trees around the Beau-Soleil Elementary School and educate 670 students about the urban heat island effect.

These and other new projects add to ongoing restoration work previously funded through the American Forests and Alcoa Foundation Partnership. Other project locations include Maranhão and Pará states in the Brazilian Amazon; Iceland; Spain; and Indiana, New York, and Pennsylvania in the United States. In the first two years of the program partner organizations planted 206,000 trees over 450 acres with the help of 7,000 volunteers.

“In a rapidly changing world, Alcoa Foundation believes that investing in the preservation of our environment for future generations is critical for everyone,” said Rosa García Pineiro, Alcoa Foundation President and Alcoa Sustainability Vice President. “Our investment is furthered when we can rely on reputable partners like American Forests to execute meaningful projects in our communities that deliver high-impact solutions in biodiversity conservation and climate change mitigation.”

Since 2011, Alcoa Foundation and American Forests have worked together to enhance and protect forests in 14 countries, restoring wildlife habitat and combating climate change by using forests to boost carbon storage and purify water and air. Through the dedication of Alcoa employees, local communities and partners, more than 1.6 million trees have been planted.

“There is an urgent need to plant a new generation of healthy and resilient forests that can deliver critical environmental benefits like clean water, wildlife habitat, and natural climate solutions,” said Jad Daley, President & CEO of American Forests. “Our far-reaching partnership with Alcoa Foundation allows us to bring these forest benefits to communities all around the world, using cutting-edge science to assure that the forests we plant together will thrive long into the future.”

American Forests inspires and advances the conservation of forests, which are essential to life. We do this by protecting and restoring threatened forest ecosystems, promoting and expanding urban forests, and increasing understanding of the importance of forests. Founded in 1875, American Forests is the oldest national nonprofit conservation organization in the country and has served as a catalyst for many key milestones in the conservation movement, including the founding of the U.S. Forest Service, the national forest system and thousands of forest ecosystem restoration projects and public education efforts. Since 1990, American Forests has planted more than 60 million trees in all 50 states and nearly 50 countries, resulting in cleaner air and drinking water, restored habitat for wildlife and fish, and the removal of millions of tons of carbon dioxide from the atmosphere.

Check out how American Forests, Alcoa Foundation, and Ecoherencia, SCA are partnering to reforest Spain.