A Decade of Restoration

In 2018, American Tower, a leading independent owner, operator and developer of wireless and broadcast communications real estate, and American Forests launched a multi-year partnership. American Tower’s commitment? To plant one million trees over the next ten years in critical ecosystems across the United States. Jim Blestowe, Senior Vice President – IT, sees this as the right thing to do.

“We want to be leaders across everything we do, and that includes being good corporate citizens,” said Jim. “We are proud to be taking steps to make a positive impact on our environment and to leave a tangible legacy that will benefit our communities into the next century.” 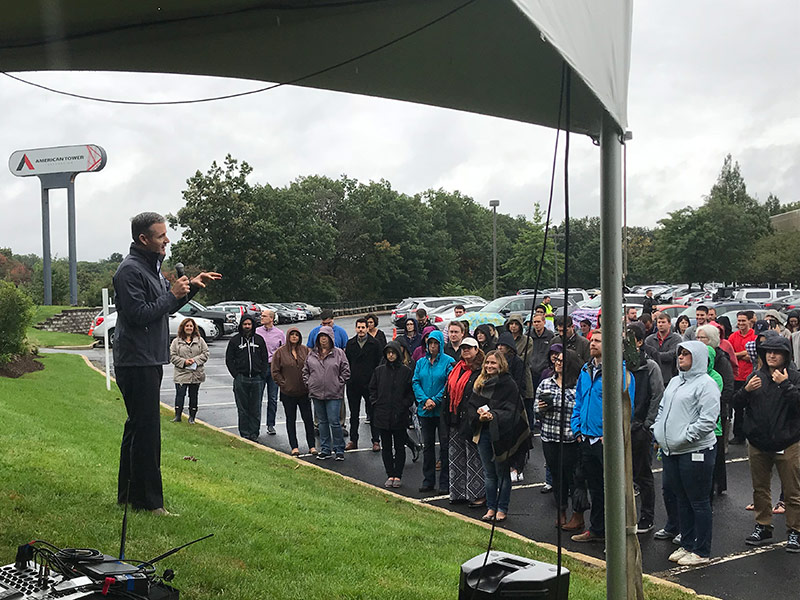 American Tower has already planted 100,000 jack pine trees in northern Michigan. These trees support the endangered Kirtland’s warbler—a bird that just 20 years ago almost went extinct, but has rebounded after extensive restoration efforts. Conversations have even started about de-listing the species. It’s a true success story that supporters like American Tower have helped make possible.

In addition to the impact they will make on large landscapes, American Tower is also committed to giving back in their own communities. Recently, a team of employees joined American Forests, Speak for the Trees Boston and the Food Forest Coalition to plant fruit and nut trees at Mass Audubon’s Boston Nature Center. These trees will provide a multitude of benefits for the neighborhood including cleaner air and a reduced threat of flooding thanks to the trees soaking in storm water runoff. In addition, the trees will also provide economic benefits including potentially lowering energy bills from reduced temperatures in hot summer months and free food for community members.

Plans are underway for the next steps this impactful partnership will make, including tree planting efforts in Cary, North Carolina and wildfire restoration in California.

Our work is made possible by generous supporters like American Tower. Learn more about their work.

Forty years ago, the Kirtland’s warbler was facing extinction. Thanks to partners like American Tower, who supported the planting of 100,000 trees in critical habitat areas, we’ve been able to restore populations to stability, so this songbird can keep singing! 📷: @USFWSMidwest pic.twitter.com/EnvWLTDXi4